Austrians and French clash at Idonuwhere – The final day

After a week or so's break Bob and I returned to the clash.  Things were reasonably balanced at this point.

The French attack began with the breaking and pursing of the 12th Austrian Uhlans and their final rout. 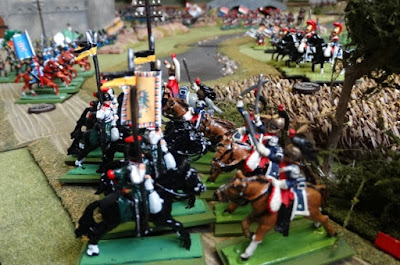 This left only the Hesse Kassel Hussars on my right facing a unit of ‘blown’ Dragoons, a unit of Carabineers and a fresh unit of Dragoons!!  Needless to say that Bob took full advantage launching his Carabineers.  The only saving grace was that they already had some damage which gave the Hussars a bit of a chance.  Miraculously they managed to only get pushed back and not broken! 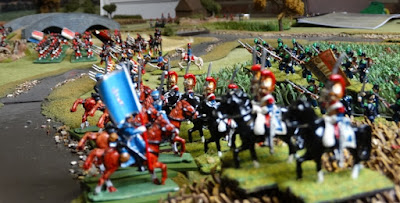 To their right The French began their assault on the earthworks with the fresh centre brigade failing to get enough of a move to charge, but moving up to close range with the Baden infantry defenders! 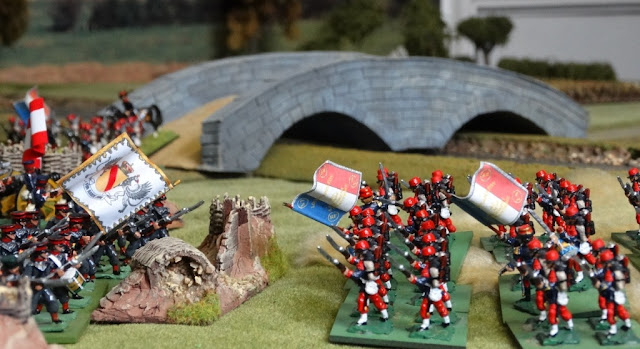 Further to the right the Papal Zouaves joint the Guards in the assault on the Austrian earthworks.  This spelt disaster for the defenders who failed their break test and fled. 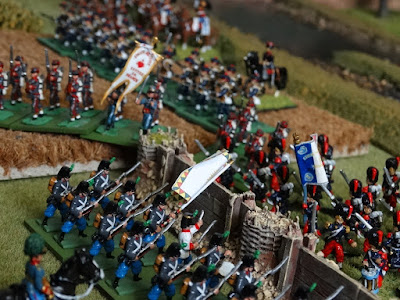 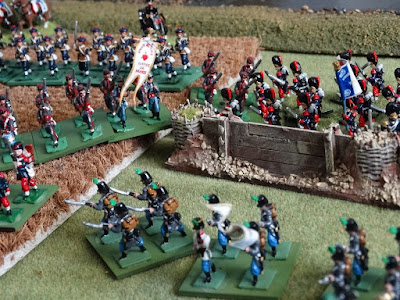 It wasn’t all going Bob’s way, some devastating artillery fire saw the French Zouaves break and leave the table. 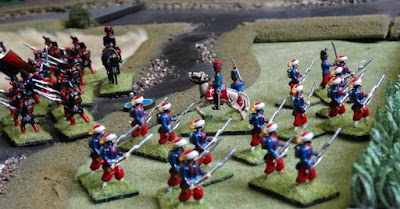 I rapidly formed my remaining Austrian regiments into a firing line with the intention of blasting the Papal Zouaves and forcing them to withdraw from the earthworks so that I could retake them.  The road to heaven is paved with good intentions, needless to say the firing was hopeless! 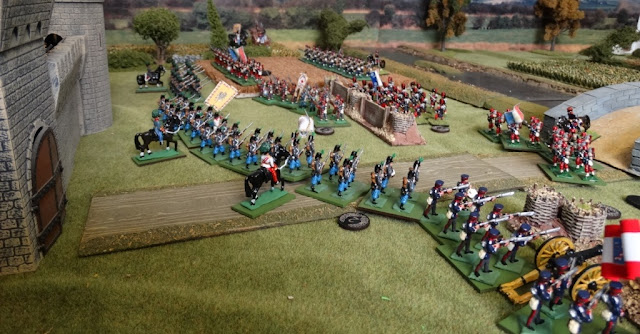 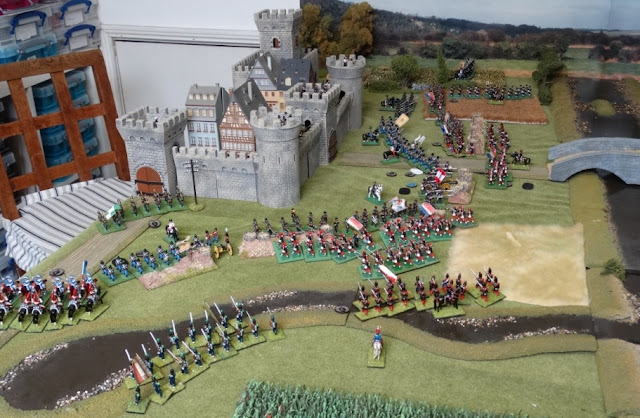 I had more success on the extreme left with my Cuirassiers seeing of the last of the French Cuirassiers. 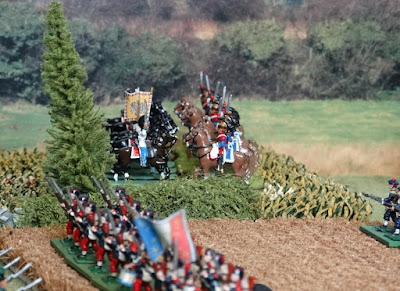 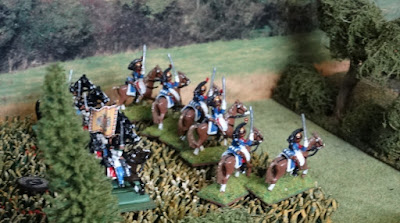 A second attack by the Carabineers saw the Hesse Kassel Hussars finally routed and forced to flee. 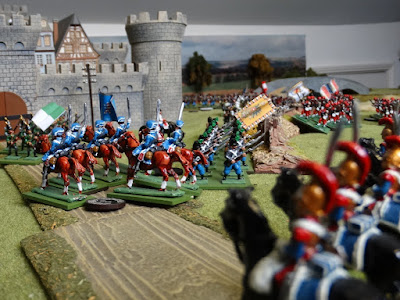 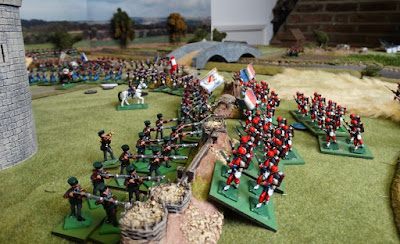 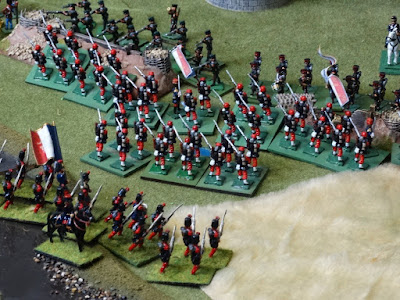 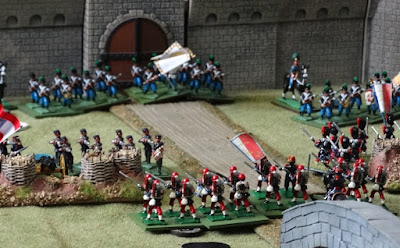 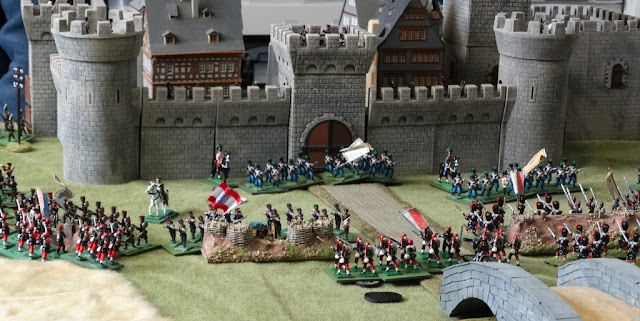 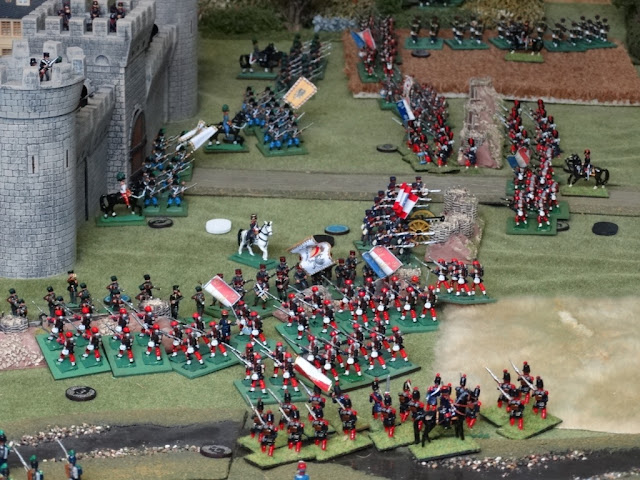 At this point it was time to start to save the army!  The town gates were flung open and the Austrian army, what remained of it,  managed to 3 moves for almost every unit that could move and melted away. The Sachsen Meiningen regiment also sought safety using the other gate 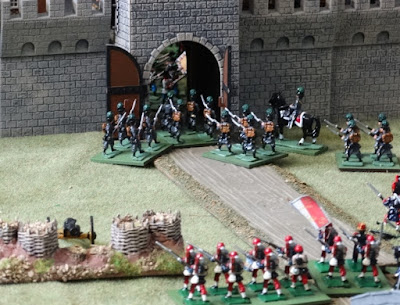 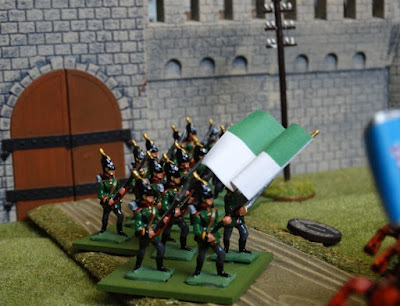 Only the Baden Infantry and Hesse Kessal Jagers remained engaged in their tussle with the French infantry, eventually managing to throw them back after dogged hand to hand fighting. 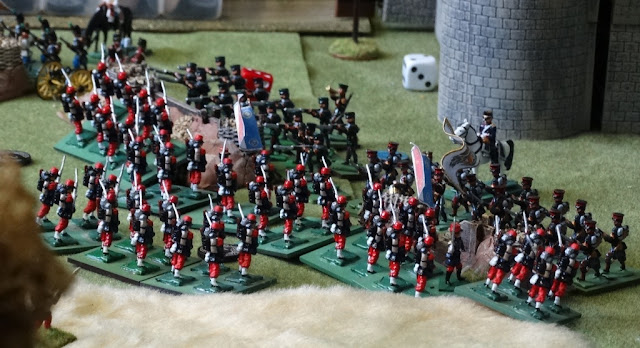 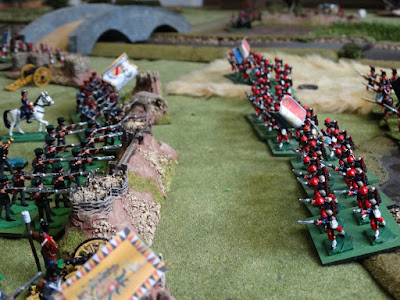 Meanwhile chaos ensued in the town with units becoming muddled. 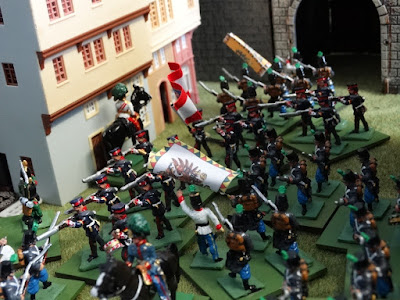 While the French found themselves masters of the table! 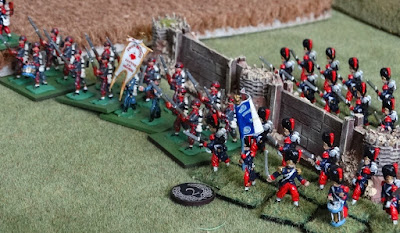 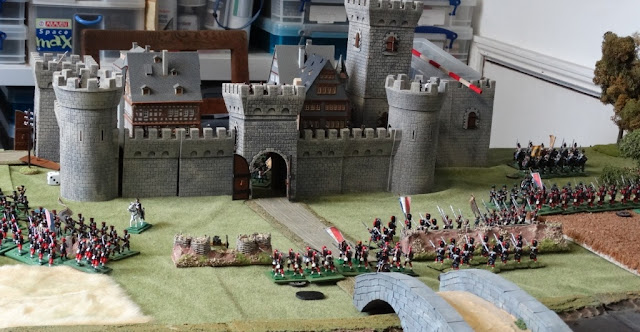 All of the Austrians and their Allies were conversions; either individual or homemade moulds in the case of the Allies with some 188 infantry and 42 cavalry and 6 Artillerymen forming the army.

The French were a mix of original S range Crimean War figures with additional recasts and the Franco Prussian War French were all recasts.  The Papal Zouaves were homemade conversions.  The French totalled some 200 Infantry, 54 cavalry, 3 Mitrailleuse and 4 batteries of artillery and 18 gunners.