Having finished our mammoth 1866 game, both Bob and I thought it was time for a change.  With the improvement in weather here in the UK, we were able to start to make use of Bob's wargame room/garage.


Bob has some large and lovely eastern and eastern European armies and it seemed an ideal opportunity to get them on the table.   I particularly like his Polish army and the Turks can match them in both style and grandeur. So it was a fairly obvious choice.

'Gothrin the mad has been riding along the Polish frontier, leading a force of light, irregular cavalry and infantry. A poor commander whose position is due to his father being Grand Vizier, he is returning to the Turkish base of Stara Hrad in occupied Poland. His father Etrogul the Brutal, Grand Vizier and commander of the army, plans to celebrate his son’s raids by coming out of the fortress and saluting him and his troops as they pass by and into the fort. He will have his own person guards in attendance but the army will be inside the fortress. For the first time in years he will be a target of the Poles

The Poles must kill Etrogul – if possible they can also kill his son Gothrin. It does not matter what losses are sustained if Etrogul is killed'.

I went over to see the set up and take some pictures. 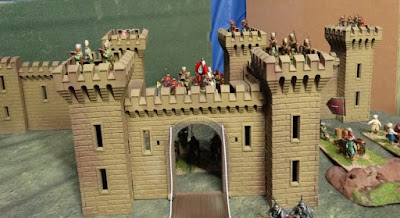 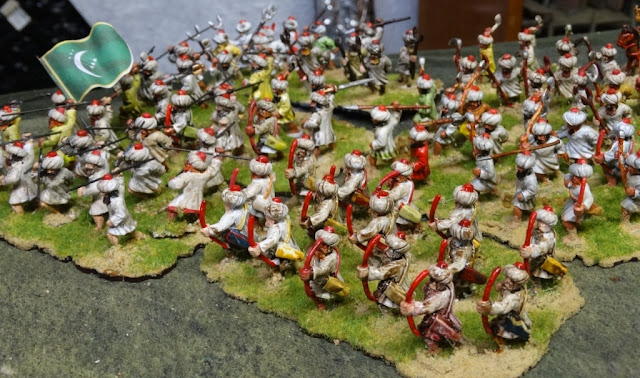 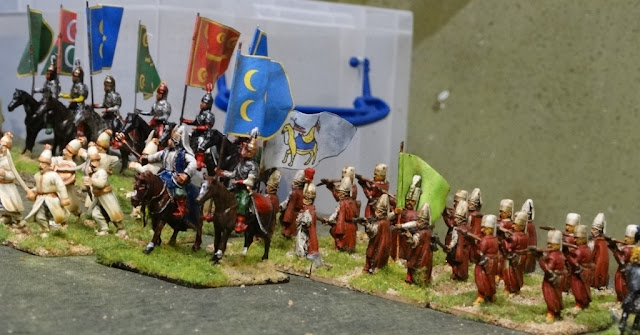 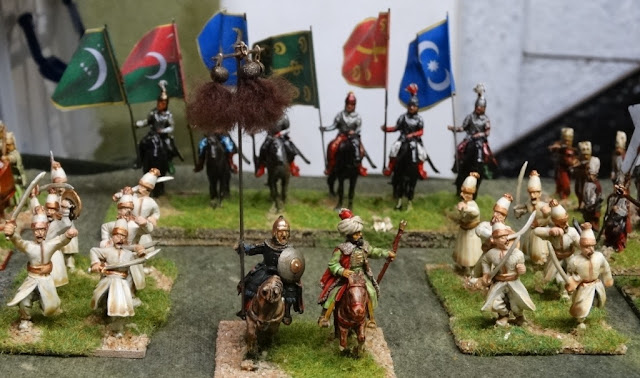 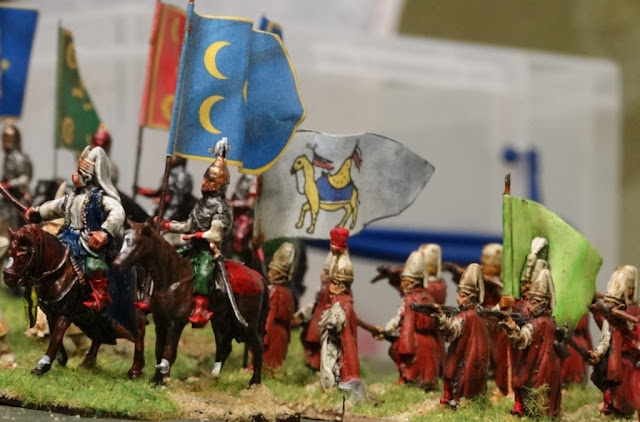 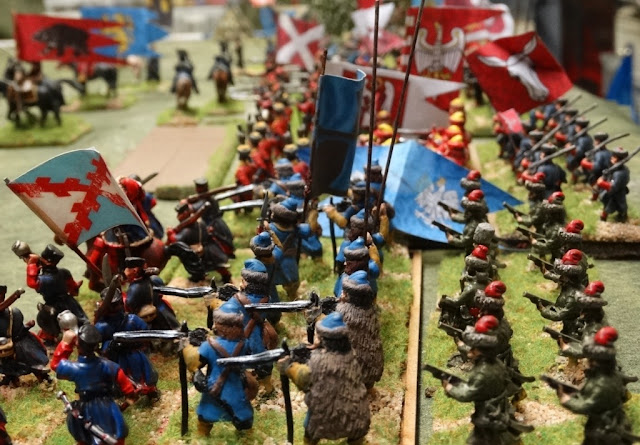 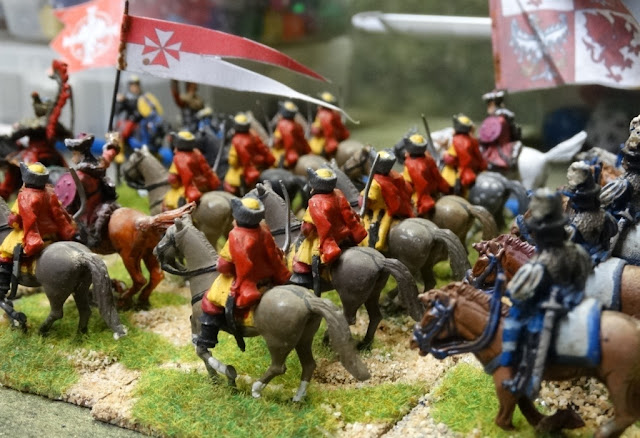 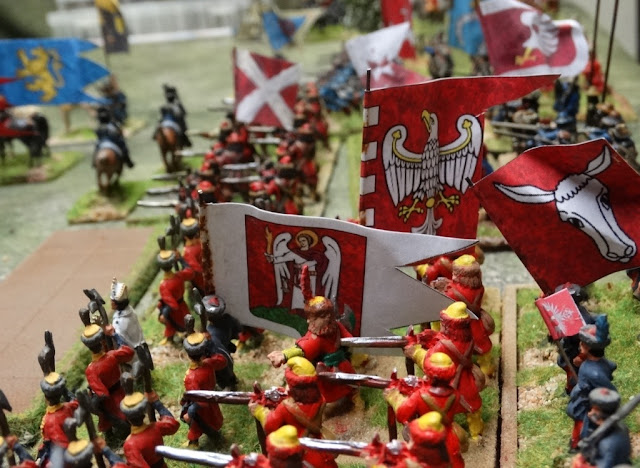 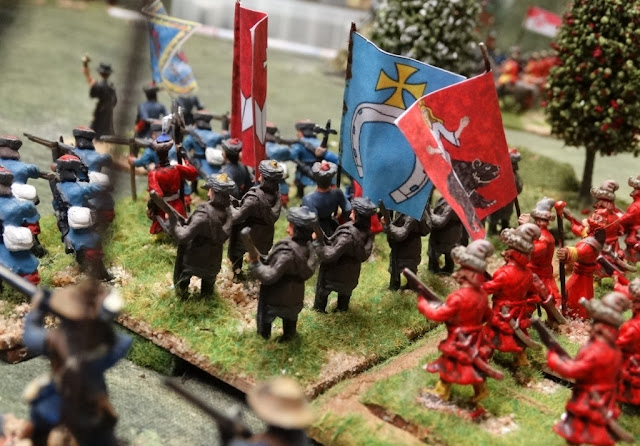 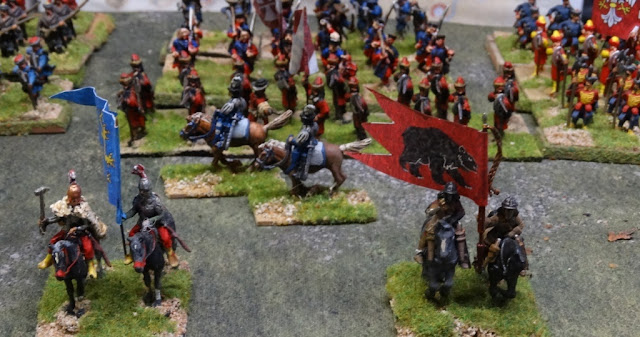 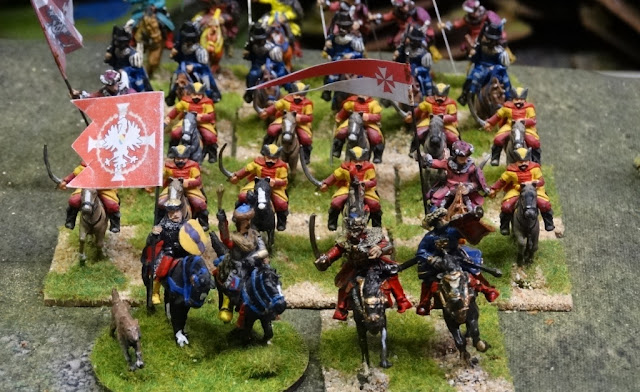 The Poles also had reserves in the forms of Winged Hussars and Pancerni and light cavalry. 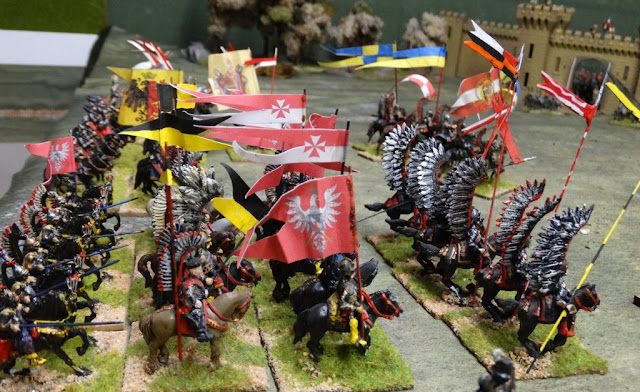 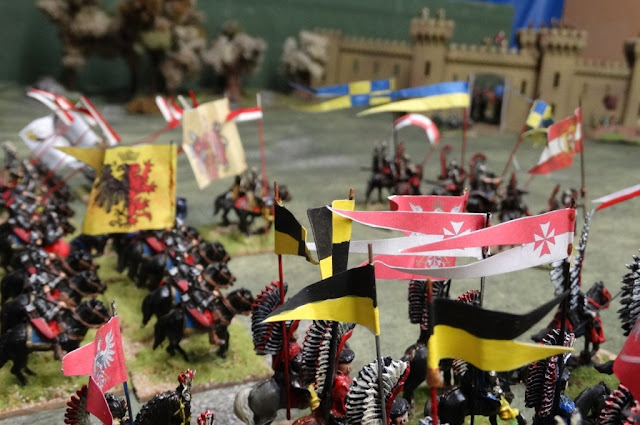 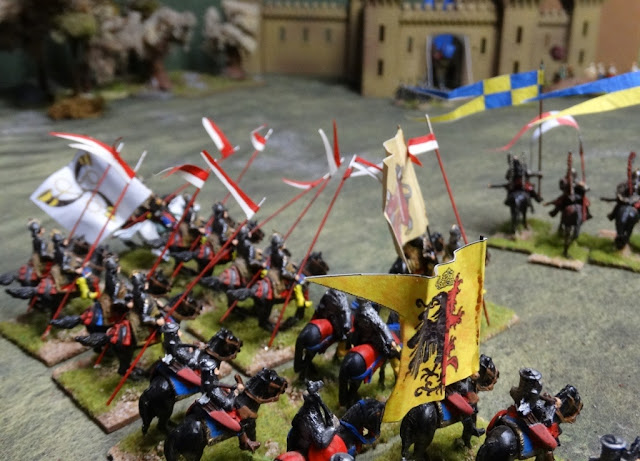 We tried a couple of moves to test the Polish deployment.  The Ottomans had low command levels ranging from 6 to 8.  Whilst the Poles all had a command level of 8.

The Polish infantry advanced and began to move from column to line. 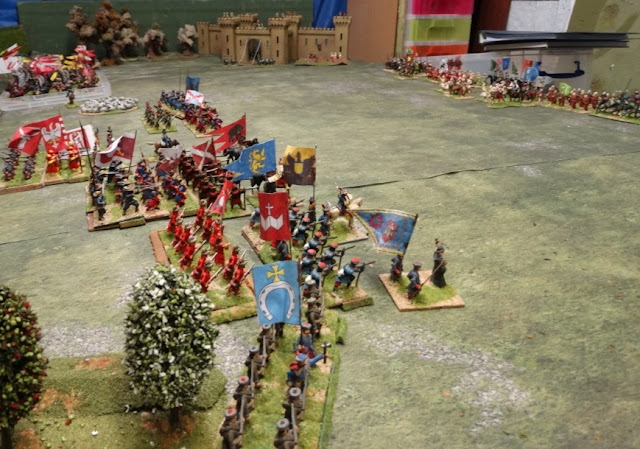 The Polish reserves entered 'en masse' and the next move with Gothrin trying to make a mad dash to the safety of the fortress with his bodyguard he was caught by a massed charge of the Polish winged hussars, who also hit the Wallachian infantry. 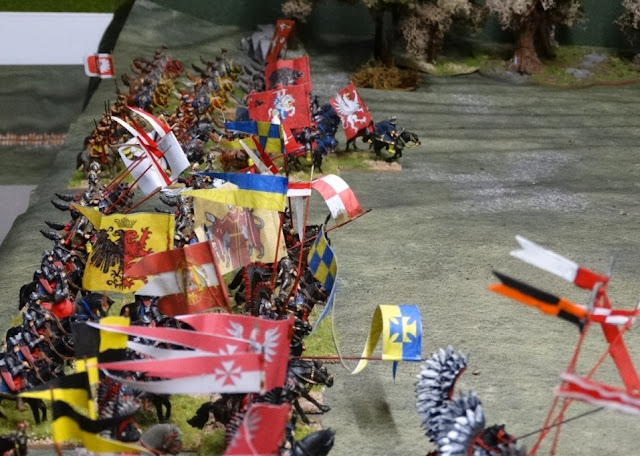 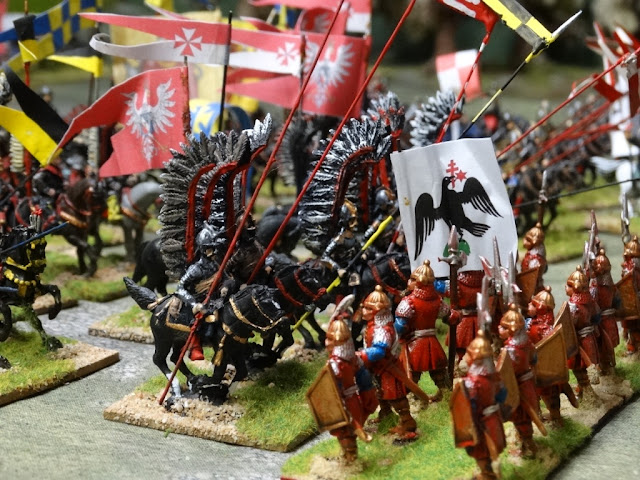 Needless to say both Gothrin and the Wallachians lost.  Resulting in a very short 'test'.

The scenario has lots of potential for a good game but we needed to address some issues.  The first was getting the Ottoman forces out of the fortress.  The unit nearest the gate failed a command test and blocked everyone else.  We think we have solved this one.  The other was the size and positioning of the Polish heavy cavalry reserve.  Again we have sorted this out and reset the game for another try next week.  Look out for more pictures of Bob's forces!