Bob, Jack and I met for our first game of 2017, a Crimean War Black Powder game based around the Battle of Alma scenario in the rule book.

The rules suggest a 9'x5' table.  I have 8'x4' and the unit numbers we used were smaller so with a bit of messing about it sort of worked from an initial dispositions point of view.  We also reduced movement and ranges to 50%.

All the figures are Minifigs S Range originals or recasts together with some of my own conversions. 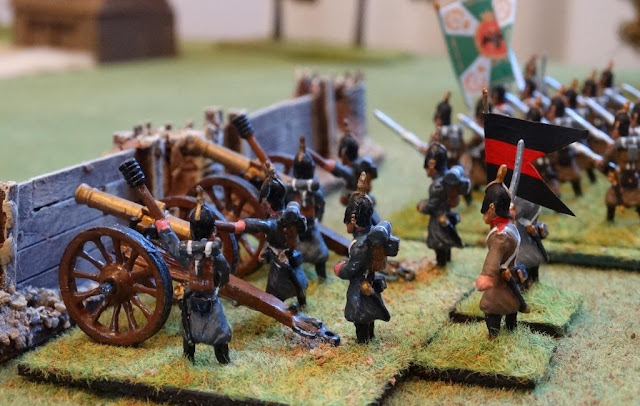 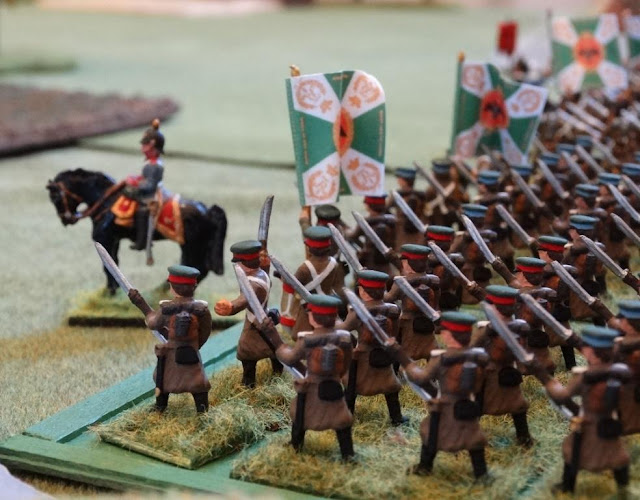 Jack and I were going to command the British and Bob the Russians.  However I was quickly substituted by 'the Duke' (half of Kitten Force - or Brute Force as they are going to be renamed given their size now!) 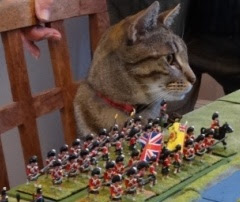 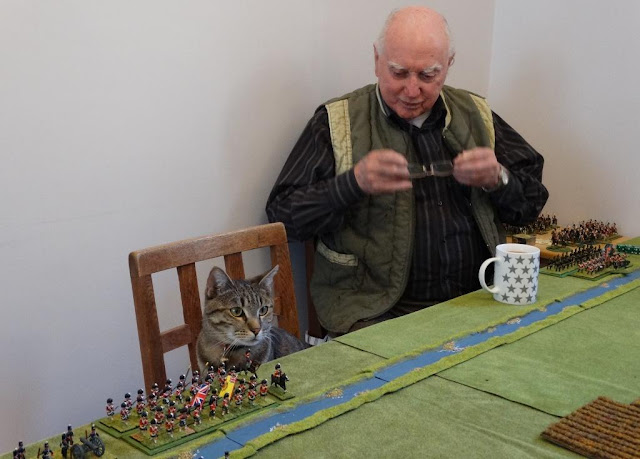 Jack gave him charge of the Scots and Guards Brigades.  The Duke them went on a recon mission including trying to intimidate the Russian's C-in-C. 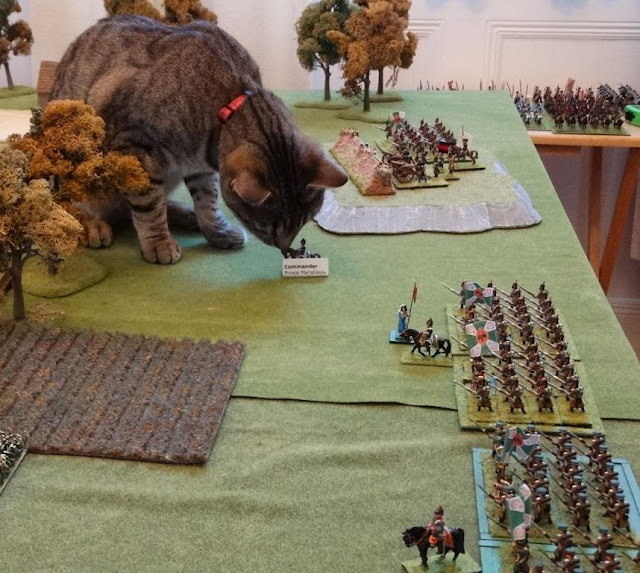 Having had a further look and passed on his finding, the Duke retired and the game started in earnest.

Basically, the Russians are fighting a defensive action and there wasn't much for Bob to do except decide when and where to bring on this 2 brigades of cavalry who were off table.. 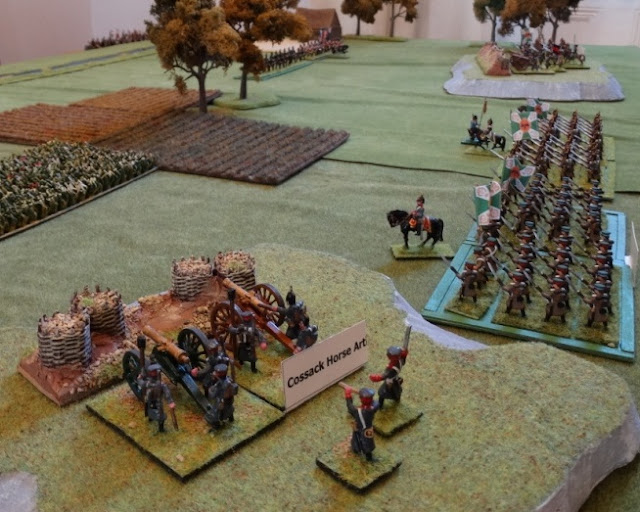 So I took the initiative and advanced my Brigades.  The Guards got off to a slow start. 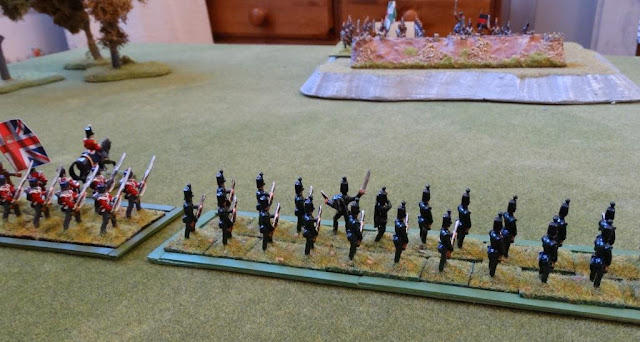 Bob moved one of his 2 Cavalry Brigades consisting of 2 regiments of Cossacks and 2 regiments of Light Dragoons onto the table to the right of the large redoubt.  As a safety measure I moved both of my regiments into squares.  We debated in fact whether given the British were armed with Minnie rifles they would have bothered and whether they would have just shot the Russians away. 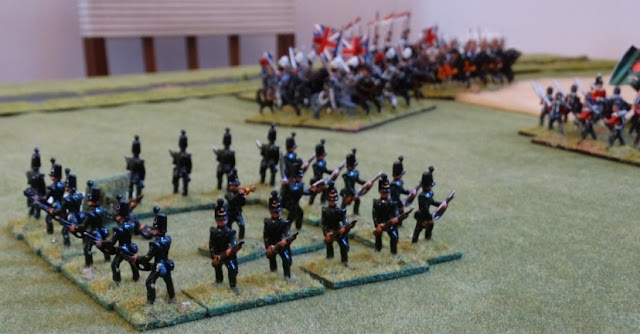 I moved forward the Heavy Brigade and with 3 command moves they raced across the table towards Bob's cavalry. 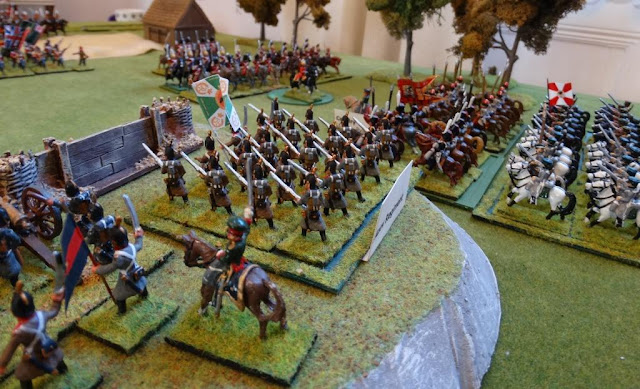 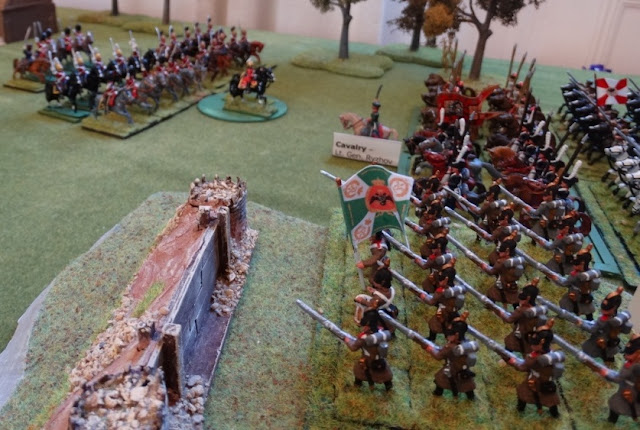 The Light Brigade brilliantly rolled a double 6 and took a 'Blunder Test'.  Fortunately,  it resulted on one move to the left, not so desperate! 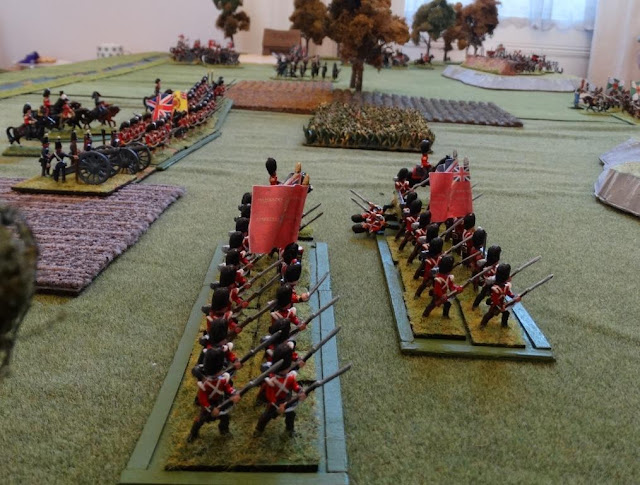 The Heavy Brigade took the initiative charging into the Russian cavalry. The Scots Greys ripped into the opposing Cossack unit causing them to break whilst the Dragoons could only pull off a draw. 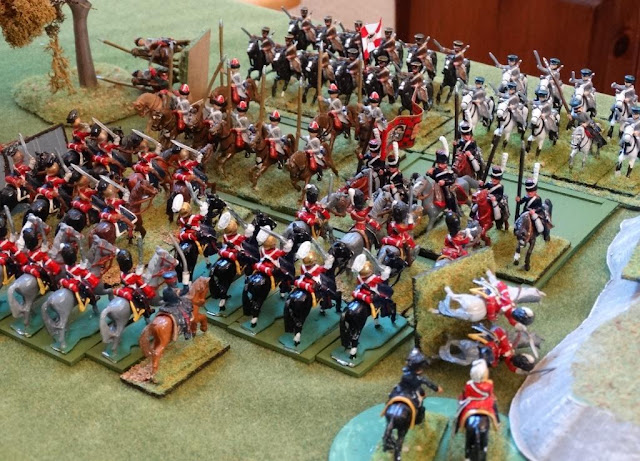 The damage had been done with the Cossacks breaking and the supporting unit also having to fall back. The Scots continued their sweeping advance hitting the light dragoons, pushing them back and off the table into oblivion! 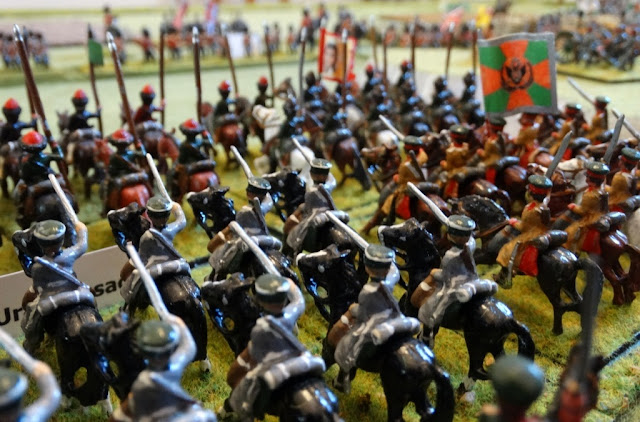 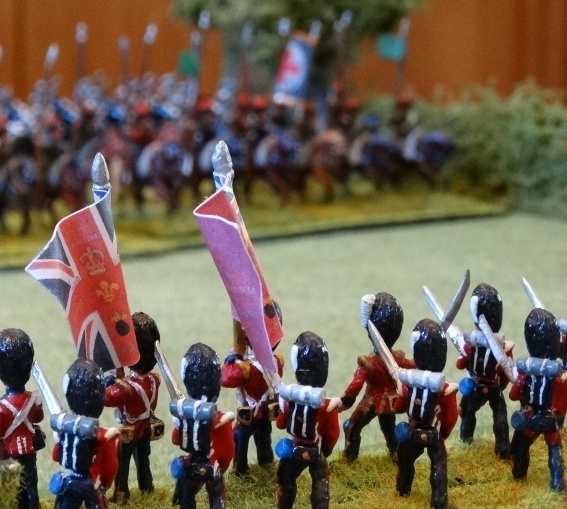 Despite this, things looked to be going quite well, my artillery were starting to counter battery the Russian guns in the small redoubt, managing to inflict casualties and disorder on of the guns.

But Bob took the initiative and brought forward his Russian columns to inflict punishment on the Scots Brigade. He managed to flank them .... 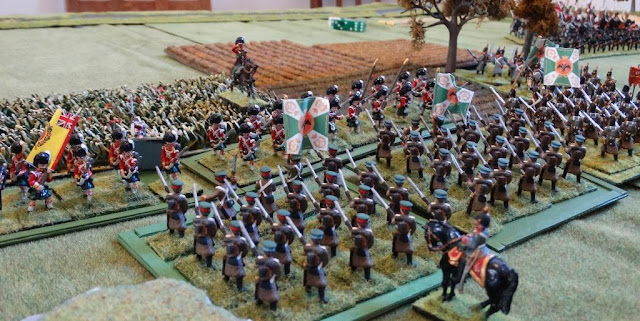 they held despite overwhelming odds but eventually one battalion broke and fled the field.

In the meantime the Light Brigade managed to save the day by sweeping across the table and crashing into the rear of the flanking Russians and the rear of another regiment. These 2 Russian regiments performed heroically managing to survive the first Break Tests 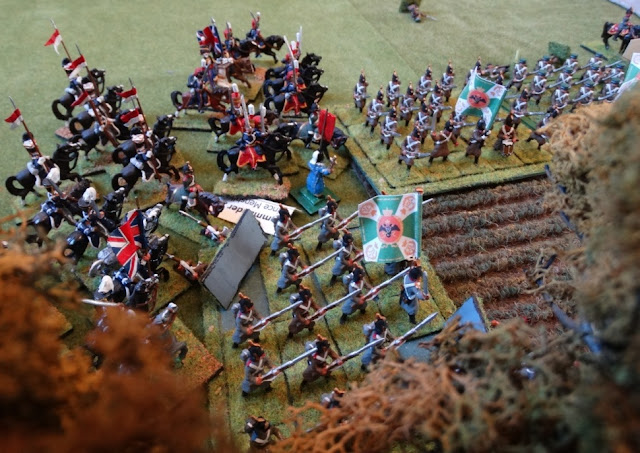 The Heavy Brigade took some heavy punishment from the infantry regiment in the large redoubt with the Scots Grey's being wiped out. But my infantry charged forward and thanks to some very pour closing fire swept into the redoubt.  The Russian Infantry were distracted by the heavy cavalry who rallied and charged. The Russian infantry failed to stop them and combined with the infantry assault suffered horribly as a result. 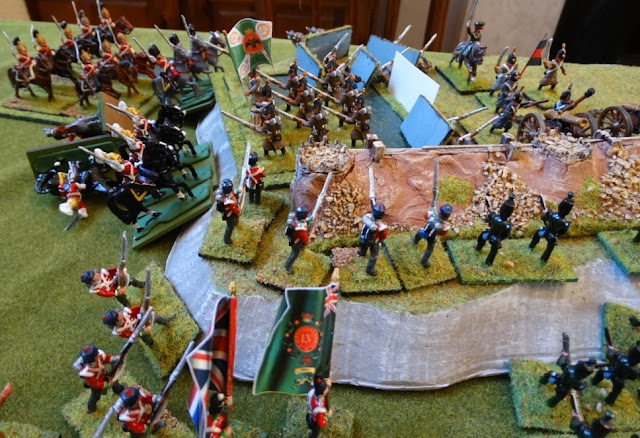 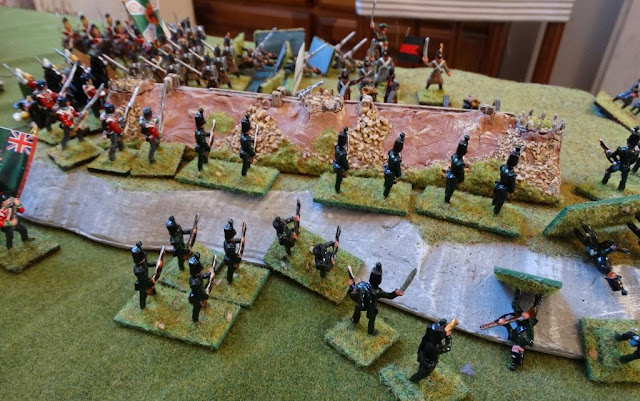 At this stage, with one gun in the small redoubt still firing and his other cavalry brigade in tact we call it a partial victory for the British.  For my part whilst I had some good results, I felt that the table edge end of the world was a real problem for the Russians.  There also wasn't a lot for Bob to do except roll dice which, to be fair, didn't go well for him and probably contributed to my partial victory.

The scenario/game gave high command thresholds to the British which meant I was able to move and command my troops better than the generals of the time.  The problem with a low command threshold, which might have reflected the quality of generals at the time - certainly the British - would probably have meant long periods of inactivity as we tried to get scores below 5!

Anyway, it was nice to get the figures out. The redoubts were homemade with air dry clay, coffee stirrers and Perry plastic gabions.  For the eagle eyed, the Priest in blue blessing the Russians is a not so good conversion I made from a Russian Guard Infantry Officer. I am going to remake this and am determined to do better! 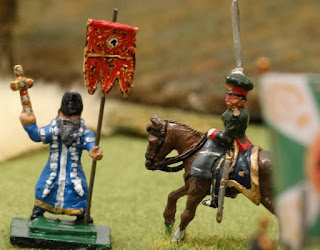