I saw this picture and was inspired to have a go at making a general for my Sardinian contingent. 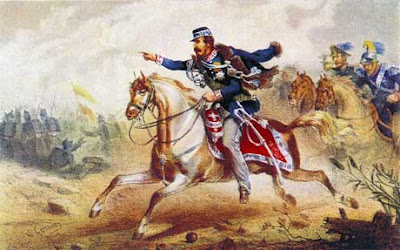 I thought he looked like a Hussar with a Kepi.  My original thought was to use the head of the French Crimean War/FPW general on the body of a British Hussar Officer.  It turned out that I didn't have a spare head and being too lazy to set up my melting pot to cast one figure, I settled for the head of a Silesian figure I had left over from an earlier body/head swap.  I cut of the small pommel and it left me with a creditable head with a kepi.  Then it was a simple drill and glue to produce this figure.  I decided to leave the sabretache. 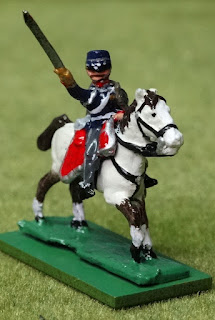 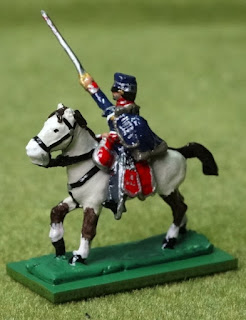 Not the best, but he will do for now.

I promise this isn't just turning into an S range conversions site!  Hopefully, my cold permitting, Bob, Jack and I will be meeting for our first game of 2017 this week - err Crimean or Franco Prussian with - err - S range figures - oh dear!
Posted by ABC Wargammers at 08:37