In amongst doing a number of conversions of various S range figures and posting on our sister blog 'All Things Jacklex', I have been busy painting my Prussians and allies for our  Franco Prussian War game.

I thought I would share my progress as I think there is something worth seeing.  The 'army' includes a number of the conversions which I have posted on the blog to date, including mounted officers, drummers, standard bearers and gunners which weren't available in the original range.  With the exception of the guns, these are all 25mm  S Range Recasts available from John Cunningham.

The whole army laid out together for the first time

Infantry
.
Prussian Infantry with their mounted officers, standards and drummers. 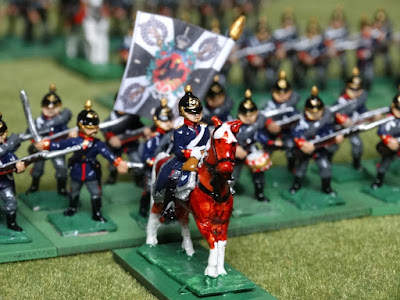 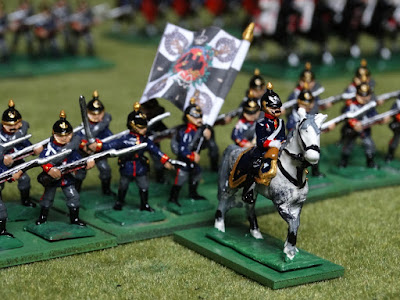 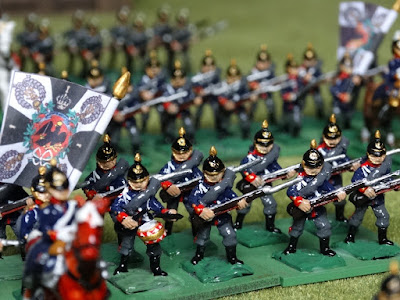 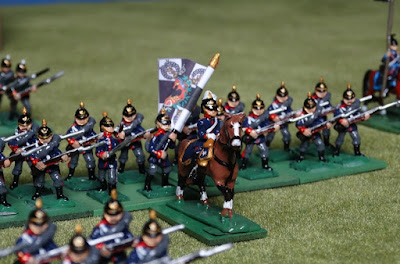 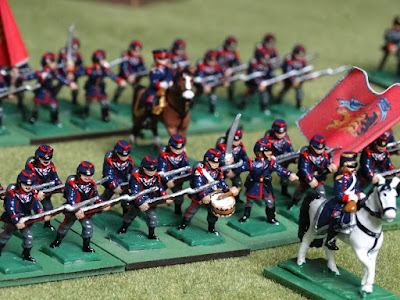 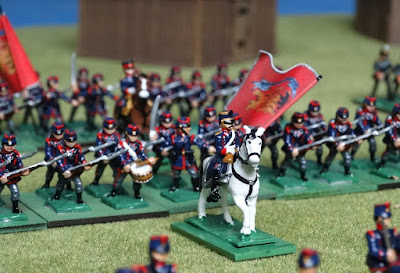 Silesian Rifles - probably should have a trumpet not a drum, but haven't worked out that conversion yet! 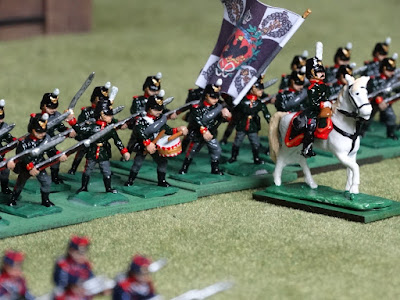 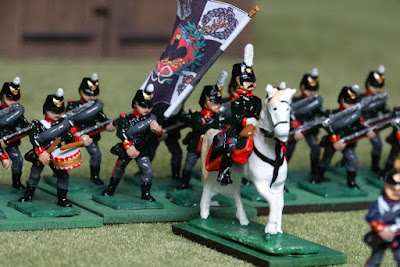 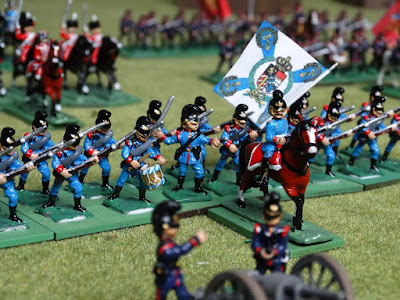 Prussian Gunners.  The guns are Krupp Guns from Old Glory's Sudan Range/British (CSG-002). They are very nice, but at £10 for 2 guns, I won't have many. 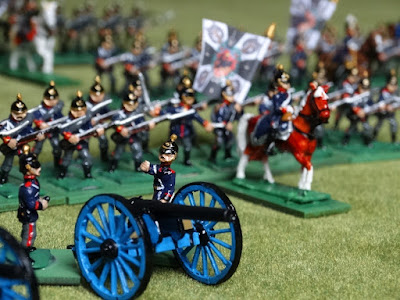 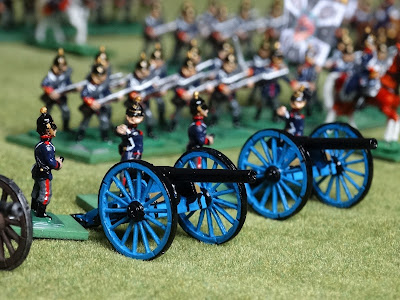 Wurttemburg Gunners - the original range which provided the basis for the conversions.  The guns were an ebay purchase 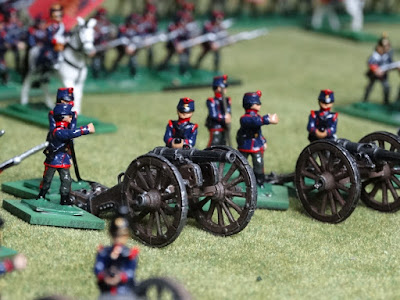 Bavarian Gunners  again the guns were another ebay purchase, they are a bit odd, but I can't work out whose models they are - Hinchcliffe? 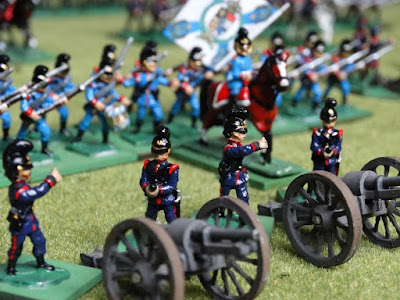 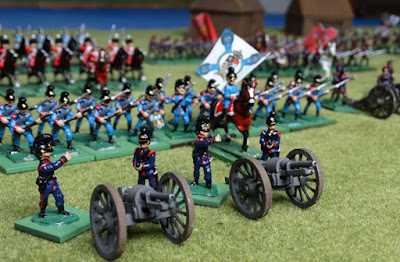 I still have some one unit of Hussars, Dragoons and Cuirassiers to paint! The French opposition have a lot of cavalry! 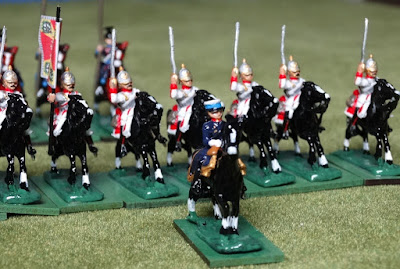 Uhlans in the background 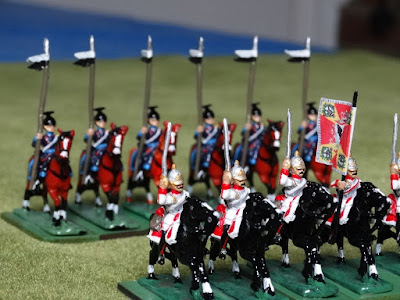 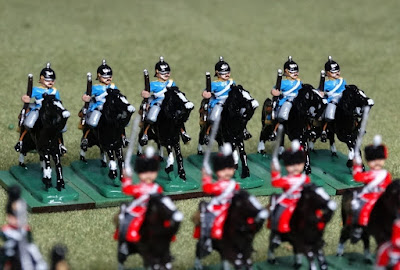 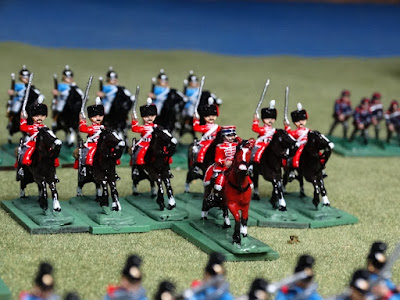 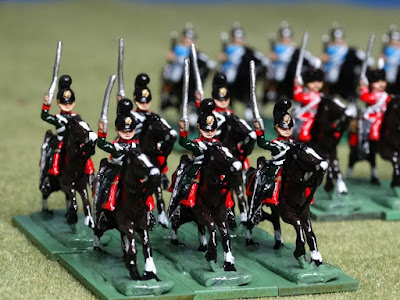 Well that's it for now.  Back to finishing off the cavalry and converting a Wurtemburg standard bearer and drummer and changing the 'eyes' of the Wurttembergs white horse which look a bit startling!
Posted by ABC Wargammers at 10:00