Following on from my previous posts, some more conversions this time a couple of Crimean War figures.  I wanted to make a Cossack Line Lancer and a mounted Highland Officer.

These are the original figures, a Napoleonic Prussian Landwehr Lancer and a Crimean Russian Light Dragoon. 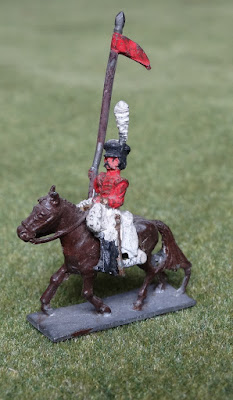 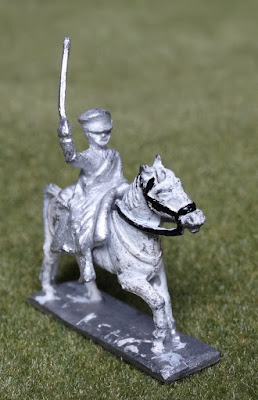 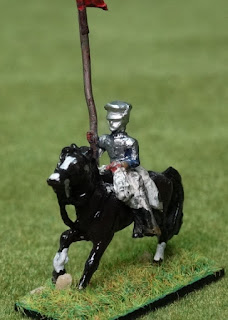 I tried just changing heads, but didn't like the result preferring the great coat look.

I had to be a bit more adventurous and change arms.  For the first time I used my usual 'twist and pin' method described in last months blog, to change heads to change arms.

The first thing was to separate the bottom of the lance from where it joined the riders leg. This was fairly simple with a Stanley (craft) knife.  Next a twist of the arm and it came off, needed a quick file, but nothing disastrous.  As usual I drilled both the body and arm, inserted a piece of wire to help secure the joint, a dab of superglue and a very small amount of 'green stuff' and job done. 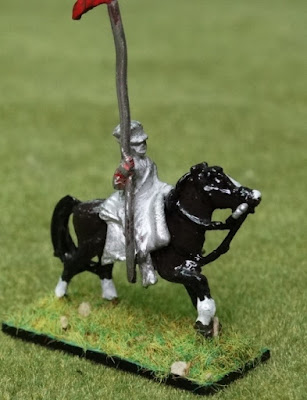 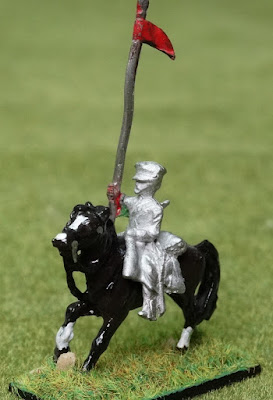 I needed the 'green stuff just to 'widen the sleeve' where the two arms joined, but I think it works okay. To keep in with the theme of recycling, I put the Light Dragoon sword arm onto the Landwehr donor using the same method. to make an 'officer'.   He now commands the rest of the Landwehr cavalry.  The whole thing only took a few minutes at the most. 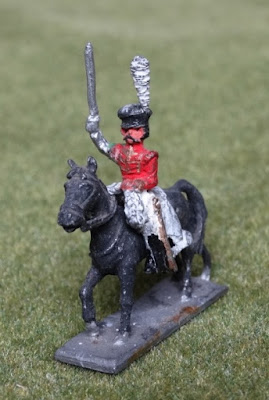 The mounted Highland Officer is another head swap, between the Highland Standard bearer and the British Crimean Mounted Officer.

I added a bit of green stuff as I thought he ought to have a tartan sash. 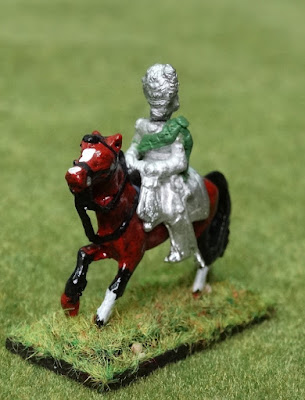 It was then pointed out to me that he should have 'trews' and a great coat and blanket roll. So I cut and filed away the boot line and the saddle holster detail and added a blanket roll in 'green stuff'. 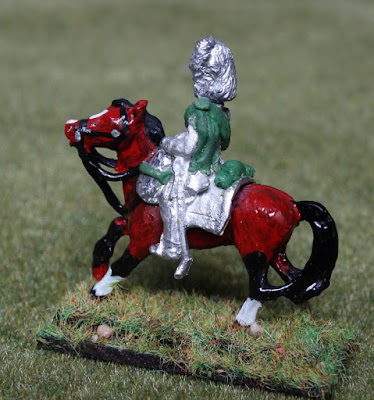 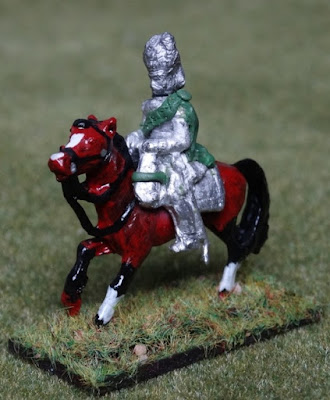 I should point out that I am not a 'model maker'.  The great thing about the S Range is that the figures give the feel for the period without too much detail, making simple conversions which may not be entirely accurate possible and in keeping with the style.