I thought my army should have some engineers, again I looked through all the metal ranges in the hope of finding something which took my fancy.  They are out there but they didn't seem to fit with the Perry scuplts so I decided to have a go at making my own.

I had a set of the Perry Civil War artillery set and that the numbers of gunners whilst great were too many for my needs.  This left me with a number of spare figures, so I set about trying to make some 'engineer' figures.  I didn't want too many.  Just 4 figures a side to be placed near bridges, or earth works to represent demolition or construction as needed.

I then needed to find tools. Again they are out there.  Black Cat Bases and Irregular Miniatures have them and there is also a Seige Fortification kit available from Architects of War.  I went for the former two.

The conversions were fairly simple, again using my hand twist drill which was all that I needed.  One set of arms in the artillery set is holding a powder charge. 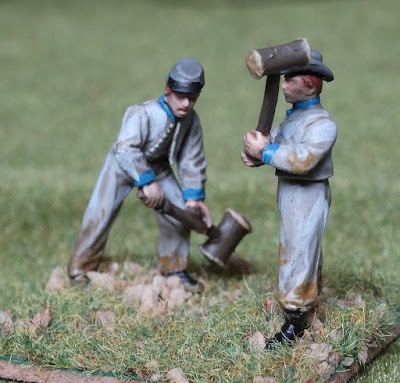 Simply drill through the charge and slide in a pick or hammer. 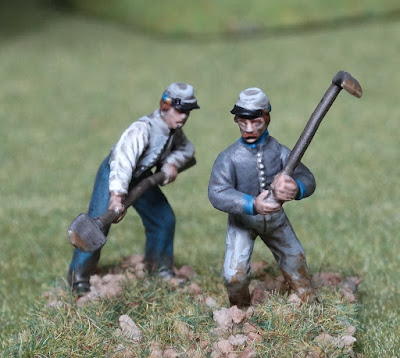 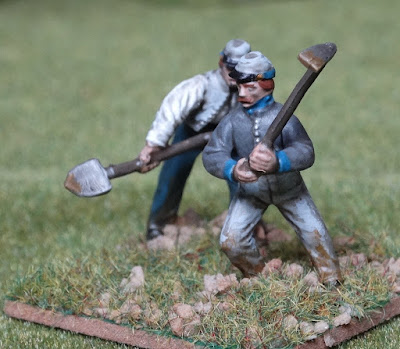 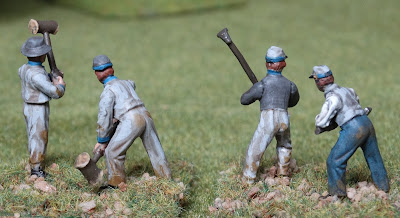 Although these are painted as Confederates, they could as easy be union sappers.

For the Union I decided to use a couple of figures from the Perry Camp set.  This gives one figure wlaking with an axe and a figure reading a map and another putting on a jacket. 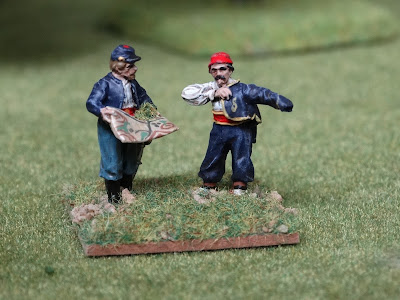 I added to these with a plastic artillery figure with an axe superglued into his hand. 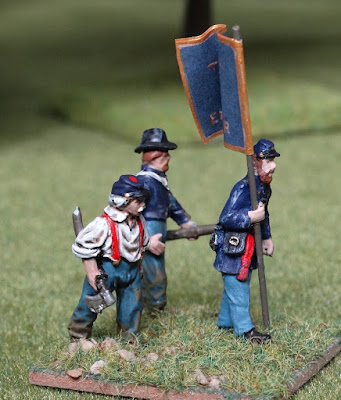 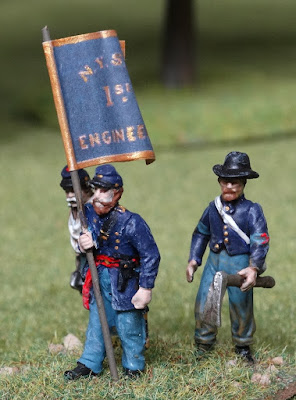 The standard bearer is a conversion of the plastic 28mm em4 Officer from their Civil War range.