I wanted to have at least a couple of figures without hats or waving a hat in some way.  Not putting a kepi or hat on the existing figure looked odd.  Bob experimented with using some melted plastic and I took it on from there. 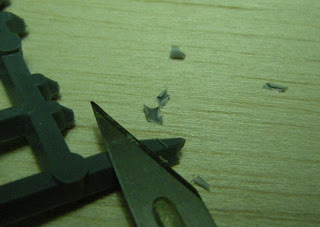 I cut small bits off a sprue and stuck it on the head of the figure with liquid glue.  Put plenty on so that the plastic begins to become soft - small slithers of plastic woirk better that big bits - and build it up with more small slithers. 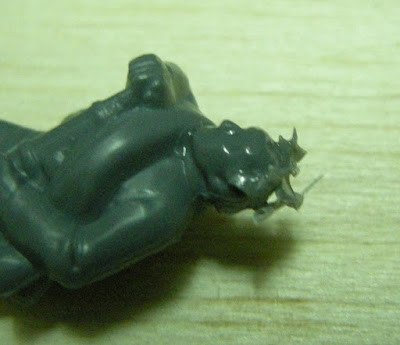 As the plastic becomes soft and you have built it up, simply poke it with the point of a scalpel to give the appearance of hair. 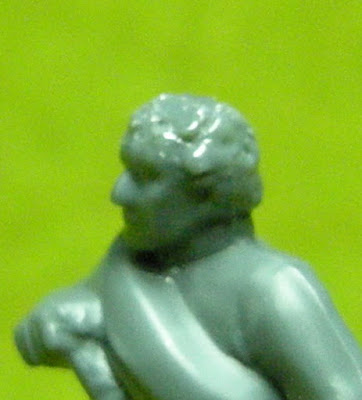 Once painted up the effect is quite good. 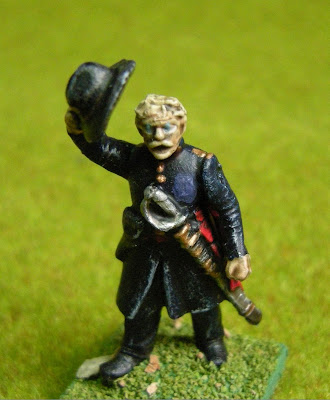 I also found that I didn't have enough standard bearers.  Again taking my least favourite poses I found I could make more with simple conversions  Cut away a musket and use of a hand micro drill which you can by on eBay together with 1mm drills and a piece of brass rod (model shop) or florist wire (from a florist shop) you can create a variety of different standard bearers. 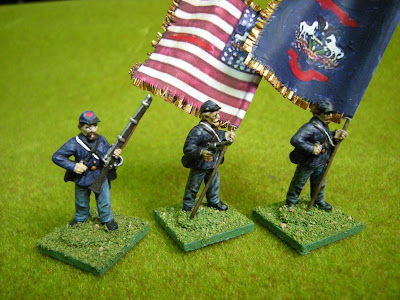 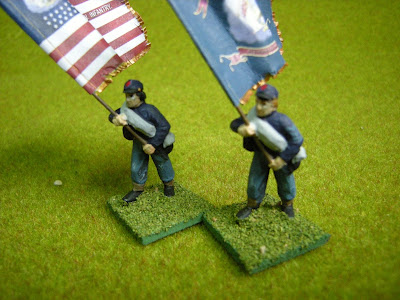