I have always fancied an attack on a town/city.  This was inspired by the film Gods and Generals and the attack on .  I didn’t want to spend a fortune on buildings and anyway lots of what are readily available are for the ‘Wild West’.  I wanted at least some brick buildings.

Many years ago I bought the Whitewash City Buildings for the wild west.  For those who don’t know the range, you can find them on the Wargame Vault website and you can buy different sets.  If you want to see what they are like, you can Google 'Whitwash City' and download a good free sample of a saloon.  These can be printed onto card or printed on paper and more substantial buildings made by in turn sticking this onto 3mm or 5mm foam board.  They are relatively simple to make - scissors and gule will do.  I found a couple of brick buildings but was still short.  So I went on line to search the web.  If you are wargamming in 20mm, there are some reasonable packages which can be downloaded for the payment of a few dollars from various US sites.  They are fairly simple representations of buildings at the time.  They range from Libby Prison to the Cemetery Gate at and a range of other useful building.  There is also a range of O scale building which are more 25mm than 28mm but make passable models.  There are some more modern than Civil War buildings but it is possible to get a Confederate ‘White House’/Governors mansion, the Harpers Ferry Wheel House and a couple of others.

My best discovery was a programme call Model Builder.  This can be purchased and downloaded from the net.  It is reasonably simple and you can produce your own buildings ranging from wooden shacks to brick buildings to ultra modern.  The buildings can be scaled from 10mm to 54mm.  You set the scale you want before starting your plan.

Armed with these programmes and files.  I put together a solo game using a mythical location as follows.

Scenario
The town of Stoney Creek lies in Virginia some 40 miles behind the Confederate front lines on the banks of Stoney Creek.  As well as a centre of local government, Stoney Creek is also the end of the line for the Virginia and Southern rail road (VSRR).  The VSSR stock yards forms an important part of the rail head distributing supplies to the southern states armies and depots.

Stoney Creek is also one of the transit prison camps holding union prisoners. 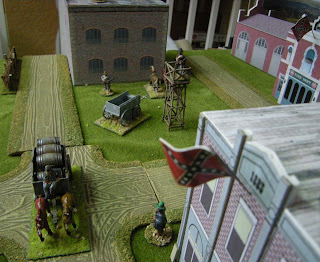 The town is approached from the north by Blackstone bridge which crosses the Stoney Creek. 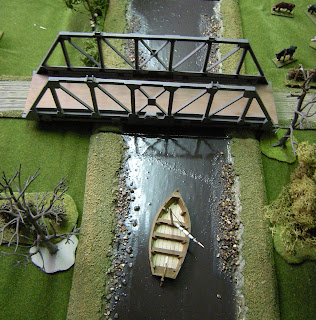 The creek can also be forded downstream at Lakes Ford.  The ford cannot be crossed by wagons, only on foot or by horse. 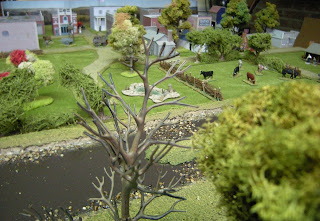 The force is commanded by a Brigadier General he has been given orders to free the prisoners in Stoney Creek.  He has under his command 2 short Brigades of cavalry, and 2 wagons. 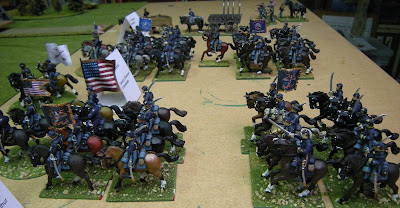 Freed prisoners had to be carried in the Wagons.  Prisoners couldn't fight as they were considered too fatigued.

The town is hostile to the Union and resistance from the civilian population can be expected. 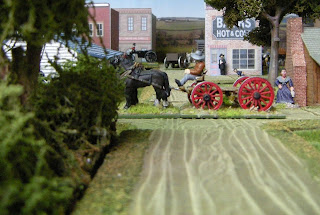 Each Squadron had a primary issued at the start of the game.

The pictures provided give a general feel for the town and some of the key buildings.

Intelligence to date states that there are confederate infantry at the Prison, guarding the Governor’s residence and the stock yards.  This amounts to a small regiment of 14 figures spread between the 3 sites.  The number of prisoners hasn’t been determined.  The Union commander knows that with his wagons he can only carry a maximum of 12 prisoners/spies.  If there are any more he will have to commandeer wagons from the town.  He cannot leave anyone behind. 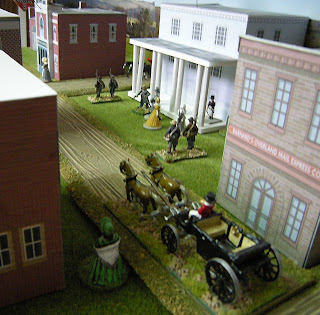 The spies have also discovered that a confederate cavalry brigade passed through the town a few days ago and are camped in the surrounding towns and settlements taking some well earned R&R.  They are scattered and will take some time to respond.  This is determined by an average dice roll.  But they will arrive by no later than the 6th move arriving on the southern approach roads in squadrons of 8 figures. 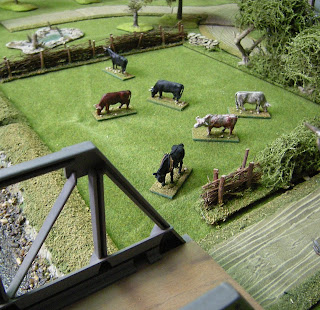 The Game
The Union forces were split with one Bridgade crossing the ford to go direct to the prison, the other with the wagons crossed the bridge. 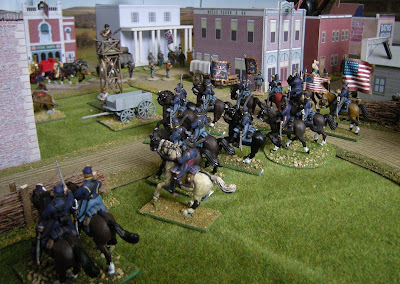 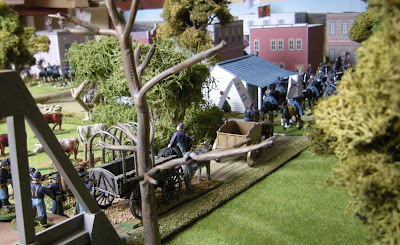 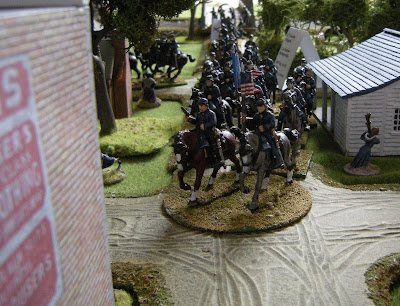 The game went fairly well, although the rules I used proved that pistol armed mounted troops couldn't hit the side of a barn if they were standing next to it. The ranges were also so short you only just about fire across a wagon!  I would have done better to have dismounted and used carbines but it didn't fit in with my idea of a 'lighting raid'.  Needless to say that whilst the cavalry dealt with the civilians, they faired worse against the confederate infantry taking a lot of turns to take out the prison guards.  The Confederate Cavalry arrived and after a brief skirmish the union troops withdrew.

I think the idea was worth trying but I need to come up with my own rules so that whilst maintaining the flavour of the period this sort of raid by either side is feasible.