In between the lulls in the recent battle of Idonowhere, I was filling in the spare time with painting and casting up reinforcements for both the Austrians and the Prussians.

The Saxons
I had in my spares box both enough casting for 2 Regiments of Saxons using my 16 figures to a regiment.  This is the first.  Although these are listed under the Franco Prussian War by 1870 the Saxons had adopted the Prussian uniform and the only real difference as far as I can see was a green tunic for the artillery.  These 'peaked capped' Saxons work for both the Saxon and Bavarian troops in the 1866 war.  With a khaki paint job they would pass for Mexican regulars or even Japanese troops for the Russo Japanese War.

I had already made the drummer conversion for John Cunningham so I was saved some work.  However, for some reason I didn't make a standard bearer.  Since I had some spare Bavarian standard bearers it was a simple head swap to create one. 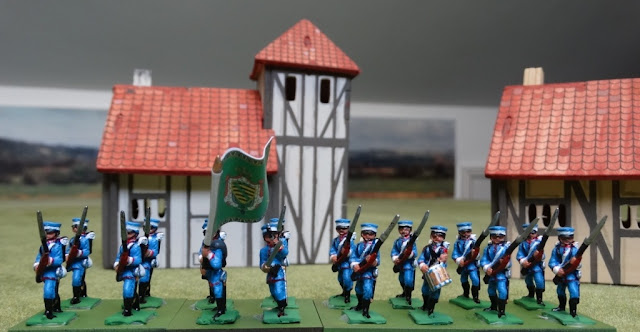 I could have simply painted some Prussian 1870 gunners with green tunics but the pictures I had seen showed them in a peaked cap in 1866 so I did the usual one off head swap to make a couple of gunners. 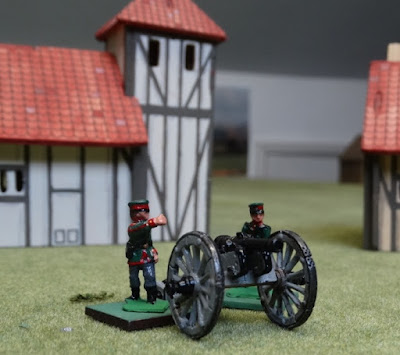 The Bremen infantry in the picture below wear a kepi and look very much like an ACW figure so I used my home made ACW infantryman mould to cast up a unit. 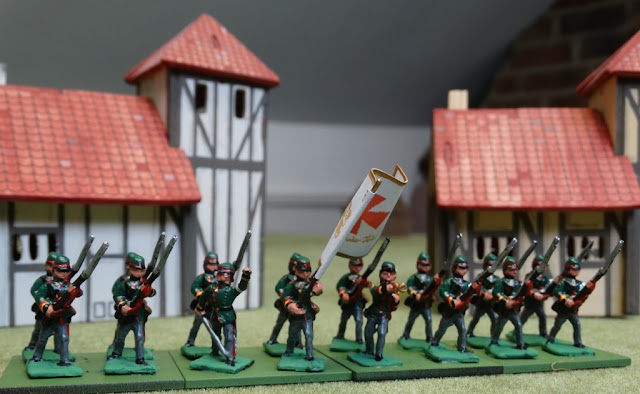 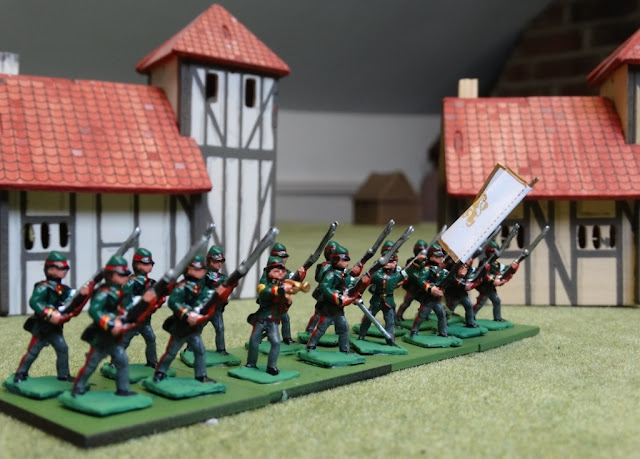 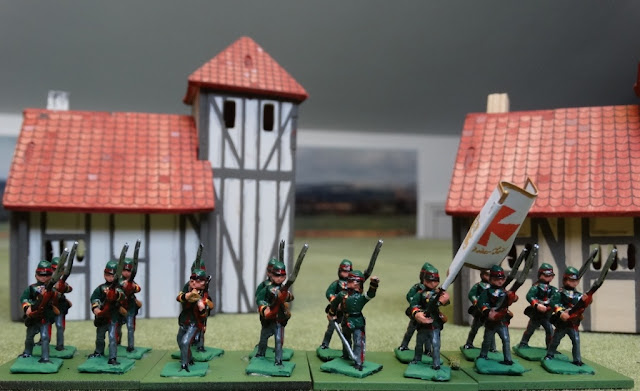 One of the problems with this high port pose if that whilst it is easy to remove the rifle and convert the figure to a standard bearer using the same technique to create a drummer by bending the right arm to hold a drumstick looks a bit odd, so I settled on giving them a bugler/hornist made from a British CW rifles bugler with a kepi head swap.

I have given them the Napoleonic Flag from the Warflag site because I could find anything else at the time.

However, later I stumbled across an interesting blog site  http://preussische-armee.blogspot.com.  If you look at the November 2013 entry you will find lots of different flags for Prussian Regiments amongst them was this for Bremen. 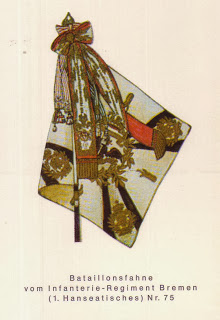 This flag was created in September 1866 the war finished in August!  I might still swap it for the Napoleonic one! 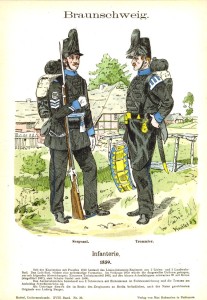 I used the ACW figure but with the CW French Chassuers head - Jack made me a mould.  As above, I made the master without a blanket roll, I later added these using lighting cable and painted it grey with black 'ties' (see below).

Although, these were 'easy to paint' (black spray, 2 coats!) I don't like the unit particularly for some reason  They look too Napoleonic.  Again on the blog site listed above, there are some Brunswick flags.

Backpacks and Blanket Rolls.
When I made my 'ACW infantryman mould' and 'Plumed Shako figure', I removed the blanket roll from the top of the back pack as I mentioned above.  This was so I could manage the different types of blanket rolls/tin boxes which are shown in various illustrations for the 1866 period.  These tend to make these 'kepi/plumed shako infantry' look different for different duchies/states.  Some have the blanket roll wrapped around the backpack, similar to the WW1 infantry or, the more conventional roll on top of the backpack.  Making the figures without blanket rolls meant that rather than making multiple moulds I only have to fit the blanket rolls.  The ideal would be 'greenstuff' but I struggle with this and getting them the same would be a problem - for me at least.

I wondered about using a different material and settled on a spare bit of 3 core lighting cable which I stripped down and which one cut to length makes reasonable blanket rolls for the top of the back pack.

However, it was too thick for the blanket roll which wraps around the backpack.  After a few trials of different things, I settled on the leads off an old set of earphones - or you could use new ones from the '£ shop' or equivalent - which I used for the Nassau Infantry blanket rolls (see below). They are far from perfect but at a distance and once painted, they pass muster for me. 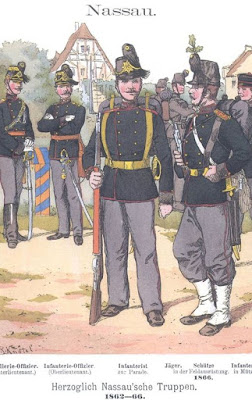 This is the same plummed shako figure I used for the Brunswickers but painted as a Nassau Fusilier but with a blanket roll around, rather than on top of, the back pack. 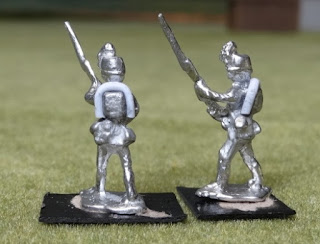 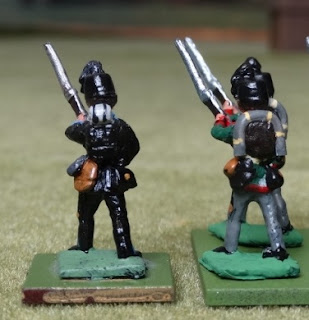