A few weeks ago I published some pictures of a Turkish Infantryman standing firing which I had made with a head swap of an ACW infantryman. 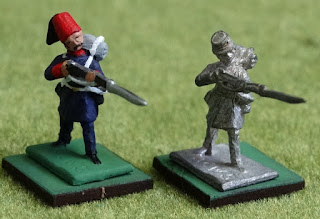 Well with Jack's help with mould making I am finally able to field the regiment. 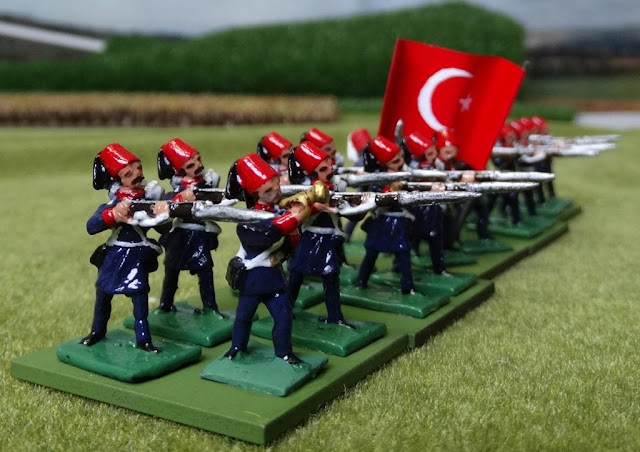 To add a little something in addition to their drummer I gave them a bugler.  Again a simple head swap.  I used the Russian Caucasian bugler as his coat is nearer to the Turkish one. Minifigs did originally list a Turkish Bugler as part of the range but it isn't available so I made my own. 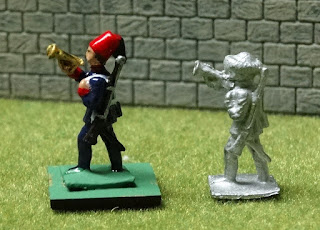