I wonder how many others still have the first army they ever finished.  In my loft I found my Hinchliffe Assyrians (and a few Lammings and Garrison figures) that I painted over 45 years ago. I used the Airfix Guide to Ancient Wargaming for my Army List (1100 odd points) and played with the 5th Edition WRG rules.  Many a Sunday was spent wargaming with my old friend Chensie Chen who has an Achmaenid Persian army mostly made up of Hinchcliffe figures.  Although he hasn't wargamed for many many years, he still has them.  Trying to get some pictures of his army for another bit of nostalgia!

Bob is rushing to finish his Egpytian Army which was bought a very long time ago and remained only partly painted and we are going to try a game using the WRG rules.  I can't see us getting into Ancients but it would be fun to use them again after such a long time.

So for my enjoyment, hopefully as well as yours, I decided to give my Assyrians a parade! 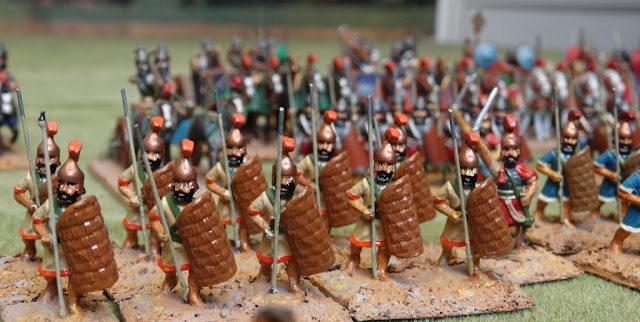 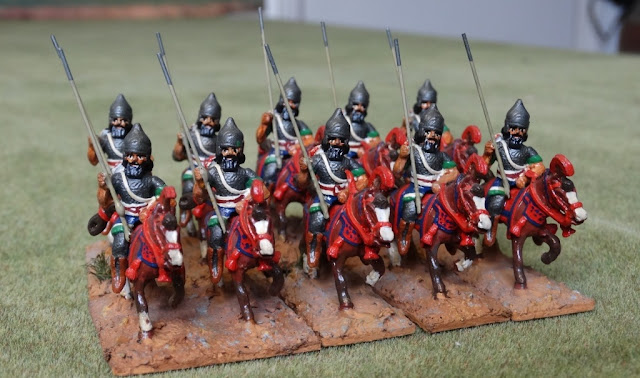 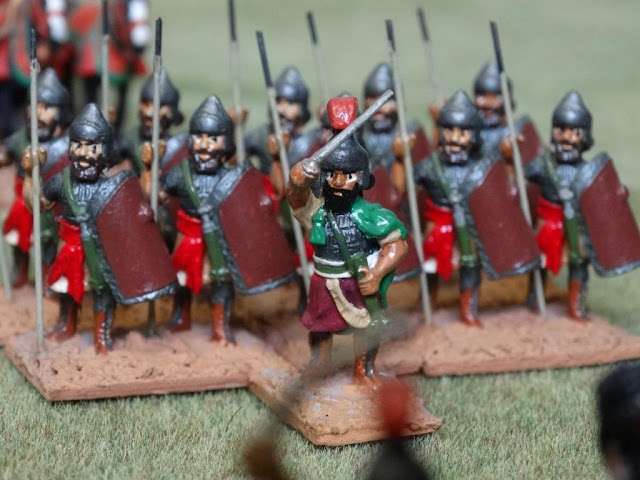 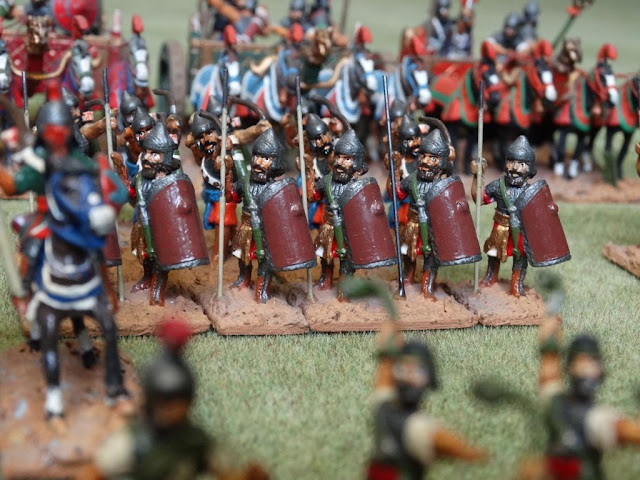 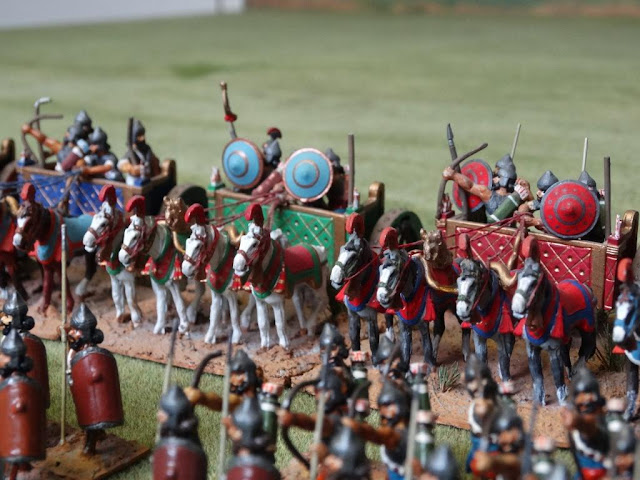 If I have mis-remembered the Lamming and Garrison figures bear with me.  It was a long time ago.  I think I was paying 8d (pre-decimalisation) for an infantry figure at the time.  Could be wrong.  6 x four horse war chariots today looks like a crippling sum!
Posted by ABC Wargammers at 15:59