A belated Happy New Year. The year has started with a rotten cough and cold!! Which is just hanging on and being a pain.  Combined with remaining war game blues and not much has been happening.

In an attempt to get motivated I decided to look at my French Crimean and 1870 units and see if I could combine them to take on the Austrians.  This resulted in me dreaming up the following game and setting the table up ready to take Bob on.  Not sure when, but I thought I would post some pre-battle pictures I have taken.  I usually do this and send them to Bob with a bit of narrative so he knows what to expect, so this is what he got.

Austrians and French clash at Idonuwhere.


The French have the Austrians bottled up in the walled town of Idonuwhere.. 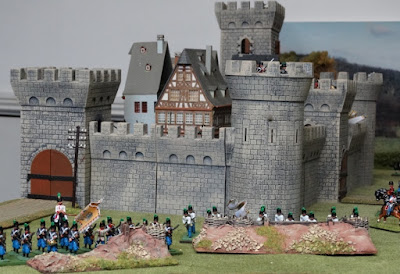 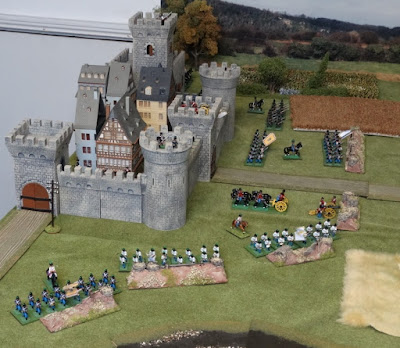 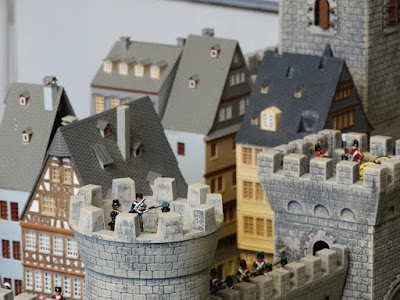 The Austrians have
6 regts of Infantry
1 Regt of Jagers
2 guns
3 units of light cavalry
3 Regts of Cuirassiers.
Local town militia 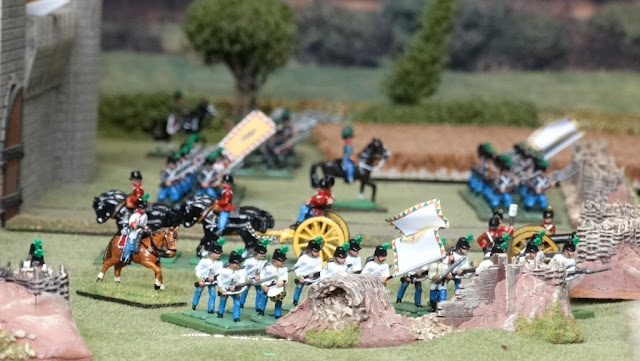 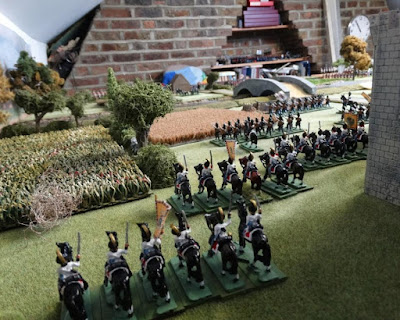 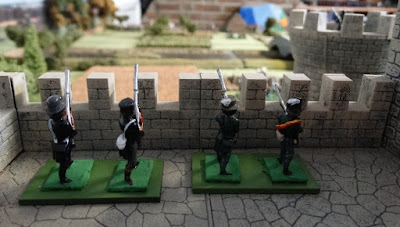 The French know that the Austrians are expecting Allied Reinforcements consisting of 4 Regts of infantry, a unit of light cavalry and artillery at which point they can take the initiative.

The French have put together on the right an elite Guards Brigade consisting of:
1 Regt of Grenadiers
1 Regt of Guard Chassuers
1 Regt of Marines
1 unit of Papal Volunteers 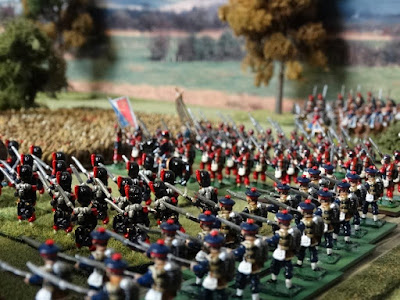 In the centre a Brigade of Line infantry consisting of:
4 Regts of infantry 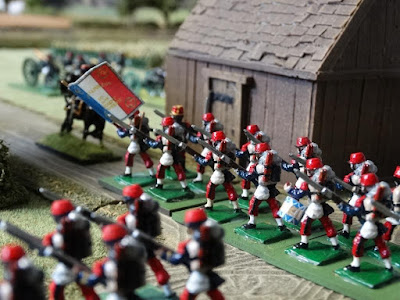 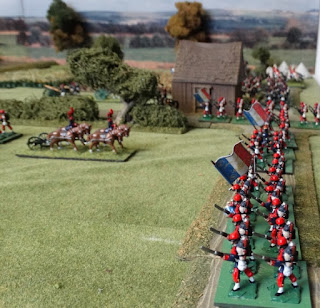 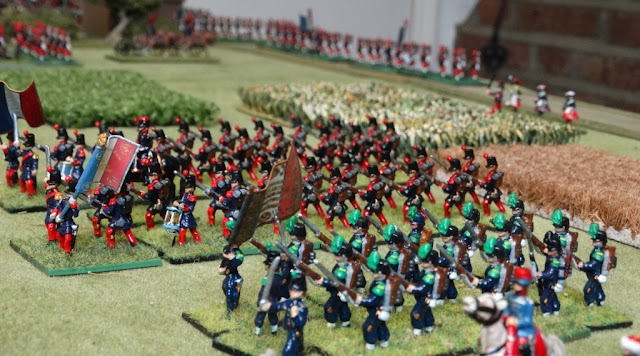 These are supported by Heavy and light cavalry of on the right flank, heavy cavalry on the left flank and a regt of Chasseurs d’Afrique scouting to the front 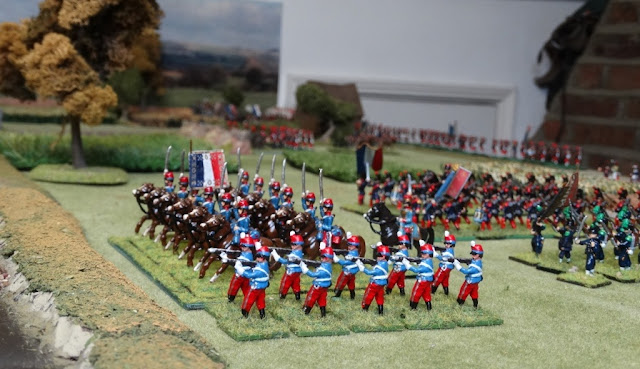 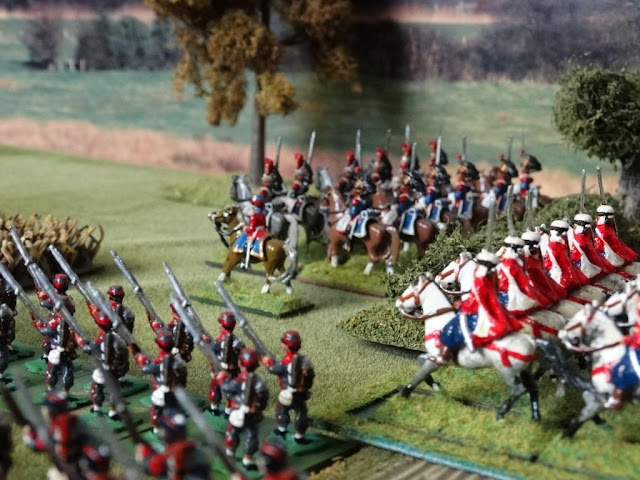 The Idonuwhat river separates the French and Austrian forces it has 2 fordable points and a bridge. 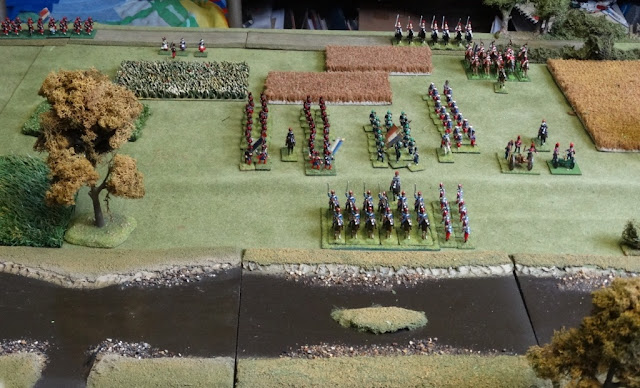 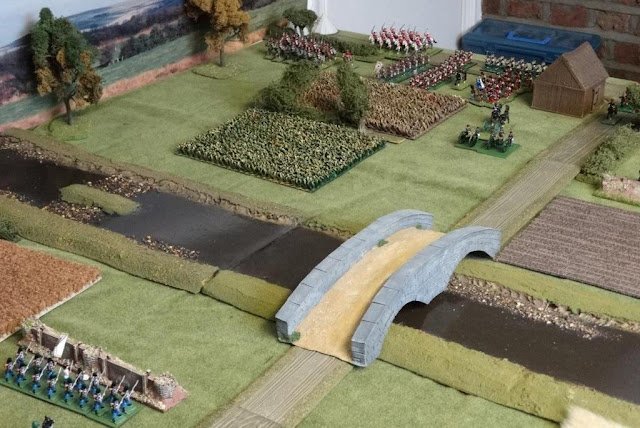