In an earlier blog, I boasted that my Austrian S range army was complete.  I have to say dear reader that I misled you!

I had fancied some high command with the large feather bonnet, but I struggled with a figure to use.  Whilst going through my Crimean British Command, I came across this figure who has some feather already.  Jack made me a mould can cast me up 6 figures to work on. 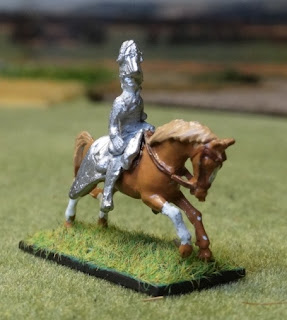 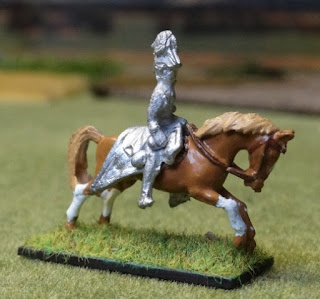 The first thing I did was to simply square off the swallow tails on the horse blanket.  Cut and filed away the tails on the jacket.  On one figure I cut away the ends of the hat to make it slightly shorter (grey coated officer) and the other I left the same.  I added a bit of green stuff to make the ‘feathers wider’.

I just don’t think I got this quite right.  I should have made the feathers more distinctive – this is more like a large plume – and actually made it wider. 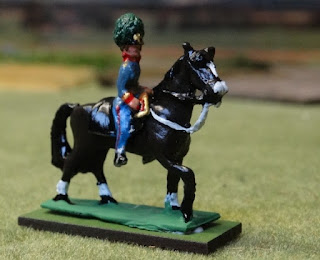 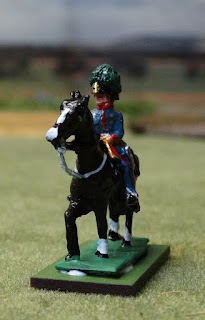 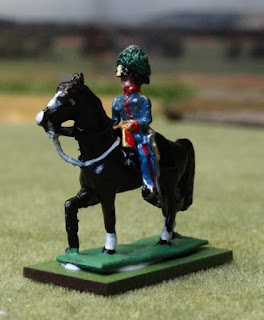 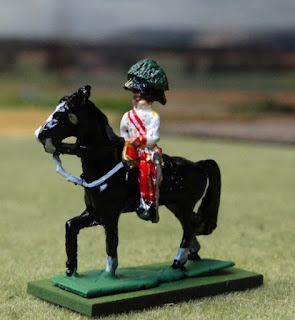 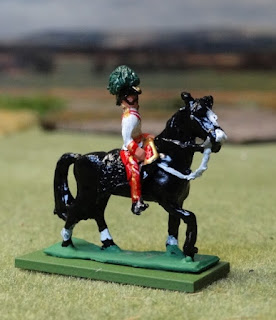 Anyway they sort of work for now until and if I can get around to trying again!
Posted by ABC Wargammers at 14:53