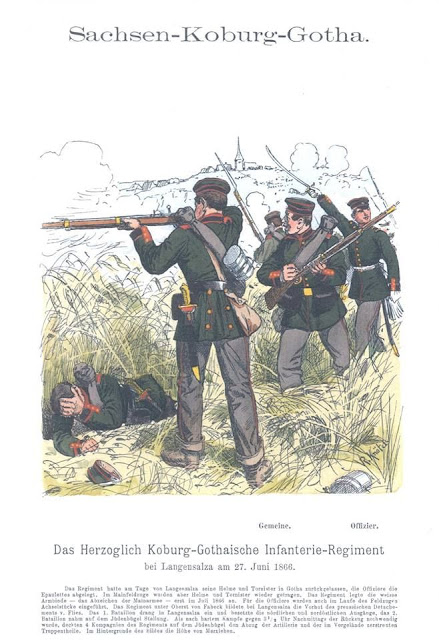 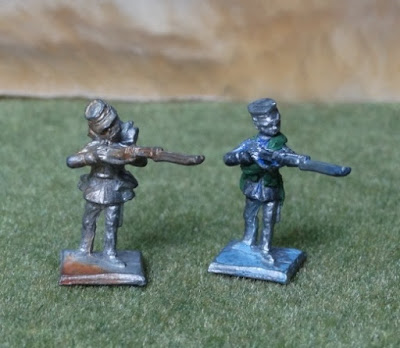 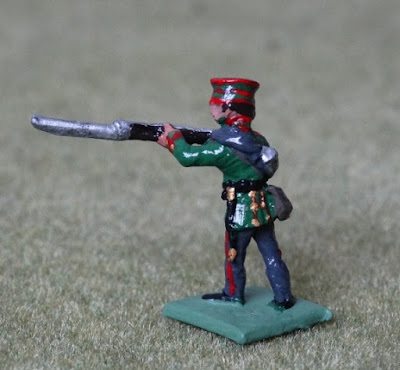 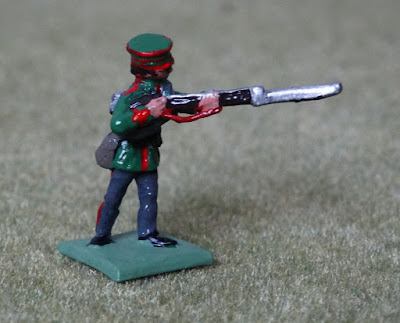 I was reasonably happy with this figure but then looked at my armies and I don't have any other standing firing poses.  So I decided to change to the classic advancing pose.  I didn't have any advancing ACW figures left so I went for the Saxon Infantry figure.  I trimmed the cap as described above, removed the pack pack and gave him blanket role.  I also added a 'blob' of green stuff to change the square pouch the figure has to a haversack.

Once I had finished Jack made me a mould and the extra figures to allow me to paint up the unit.  At this point I realised I should have waited for my order of ACW figures from John Cunningham as they have trousers and the Saxon infantry have boots!  Anyway, I ploughed on and although as I painted the figures trousers and boots grey they looked more like they were wearing tights than trousers!  Once I had finished and glossed them it didn't look too bad and I think I can live with them for now.  Their green uniforms also break up the Prussian Blue.  I used the MP paints' Dark Green which actually is a bit light.  Probably should have gone for a more 'black' green.

Once again I am indebted to my friend Chen who again produced a brilliant colour flag based on a black and white drawing and description in the Continental War Society's Foreign Correspondent Magazine.   Join the Society and make sure you buy the flash drive with all the back issues.  There is a helpful index to all the articles. Worth every penny (cent).

As with all the other units I added my usual drummer and standard bearer conversions.  The mounted officer is the 'Officer in a peaked cap' conversion I made for John Cunningham a while back. 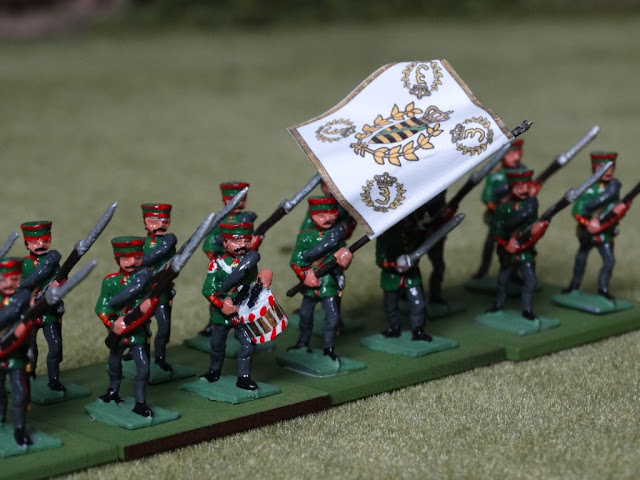 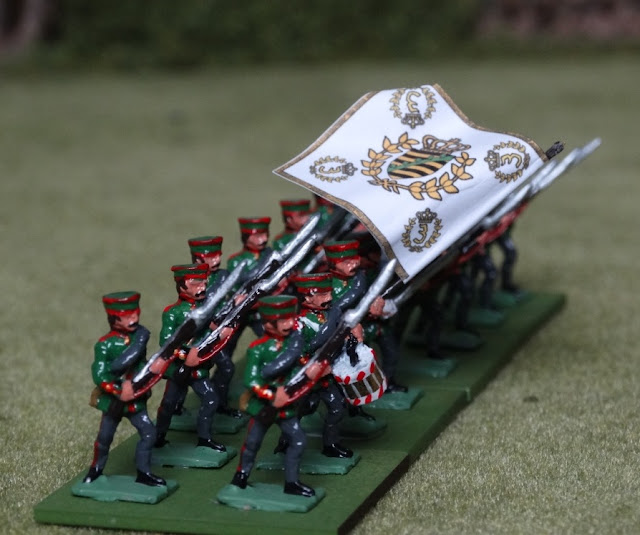 This 'field cap head' will do for all sorts of other nations - including the Prussians.

Oldenburg
The simplest of the lot.  I just repainted the ACW advancing figure and gave them a converted Drummer and standard bearer.  I think they look quite convincing.  Again uniform information varies. the Knotel illustration shows them with grey trousers and only red collars.  Uniformology adds red piping on the jack and kepi.  I went for a hybrid and left the trousers grey and adding the pipping for a bit of extra colour. 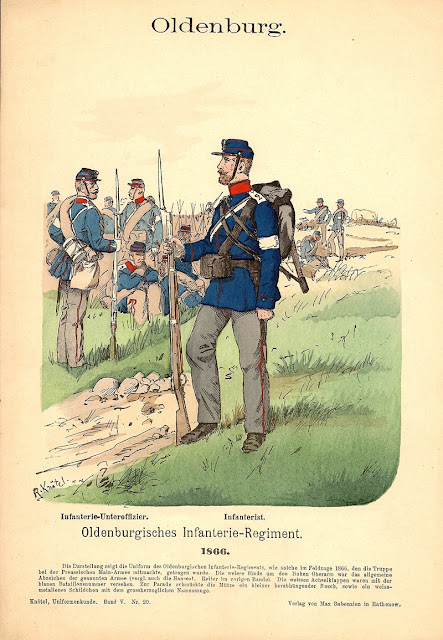 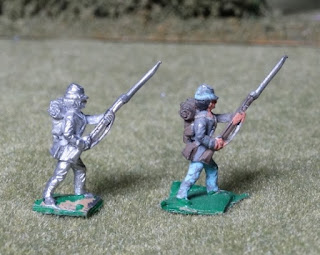 I didn't have the 'Jacklex back pack'  I have used on the Hungarian Infantry figure at the time so stuck with the back pack and blanket roll of the original figure. They would have been better for the conversion I think.  The ACW figure is really helpful as he has trousers and a lot of the Knotel illustrations show troops in trousers rather than boots.