In our FPW game, I showed some pictures of a couple of limbers I had put together using some Minifigs S range horses and figures.  I was inspired by a French limber by Wellington Man on his Hinton Spieler blog site.  There were no S range limbers available but decided that my artillery should have something.

I used the S range draught horses available for John Cunningham and the Hinchcliffe French Limber and for a limber with a box seat I settled on the Warrior ACW limber (very good casting and well priced).

The team riders are really simple conversions and I explain how to do it later in this article if you are interested.  The French are made from the French General with the French Crimean artillery head swapped and the British are a straight forward repaint of the British Crimean mounted Officer, together with a head swap to give them a team in forage caps.

John doesn't provide any 'traces' with his French limber and nor do Warrior so I added my own. Over did the French ones.  The 'traces' are made from cheap costume jewelry chain from the 'Pound shop' you can get a lot of chain for a £. Guess there must be 'Dollar' and 'Euro' equivalent shops.  Great also for ships, chandlers wharves etc., 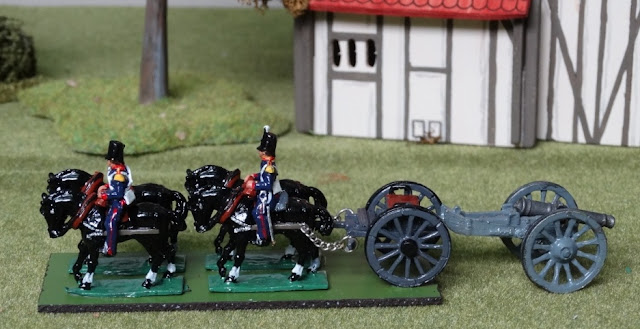 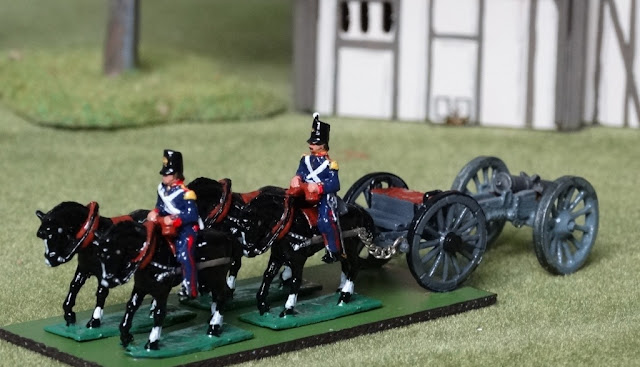 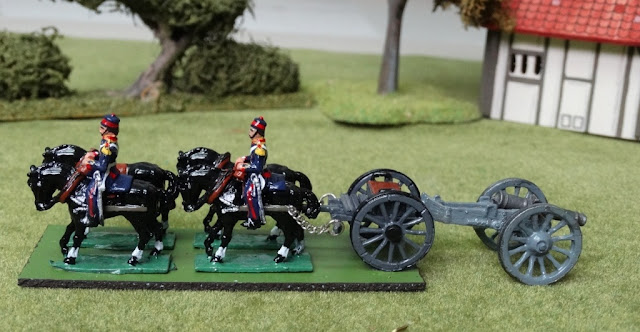 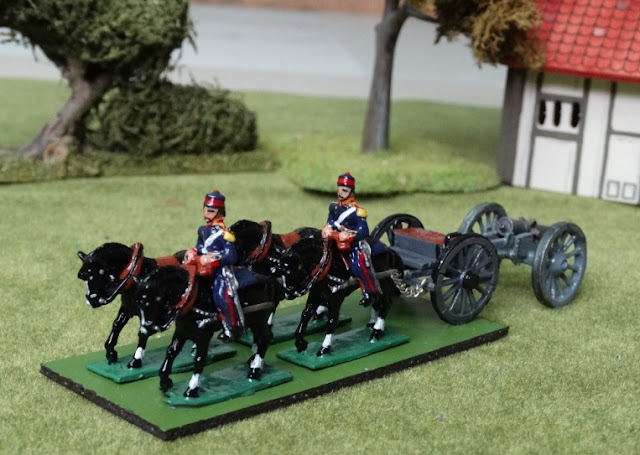 In the case of the Russian cavalryman I just left the blanket roll at the back and cut of the horse blanket right up to the legs.  On reflection I could have left some of the blanket and saved a bit of effort.

The Russian Guard and line team are the normal cavalry figures with the swords cut off, a hole drilled in his hand and a whip made from florist wire. Florist wires it is easy to bend to shape.

The Russians do have green limbers painting and waiting. Unfortunately John has run out of horses, so the project is on hold for the moment. So for this article I have just put them on the British horse teams. 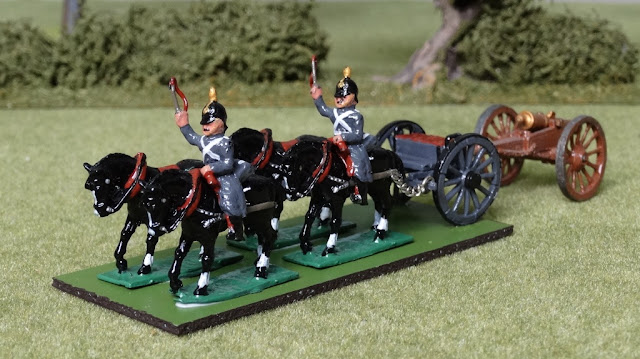 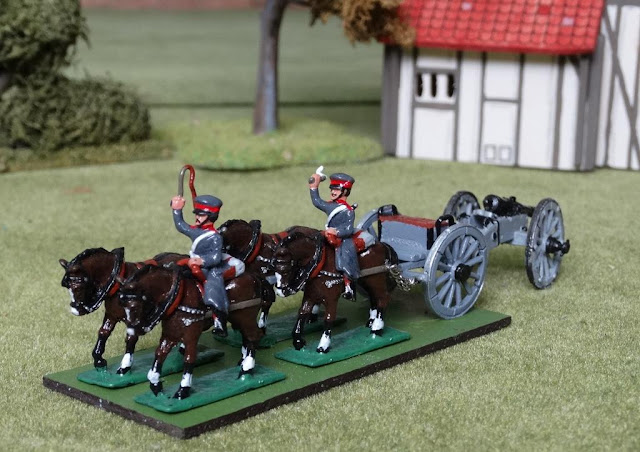 For the Turks you have a choice of the Officer, which I used as the basis of the mounted rider on my Turkish Telegraph team or the Turkish cavalry figure with the sword substituted as above. A set as Sardinians using the French artillery with plume figures would should look rather fetching with yellow piping.