I couldn't help but notice that most of the conversions that I have done have been to the benefit of my allied forces, British, Turks and Sardinians.  I have had a go at a Russian cavalryman with a lance, but that's about it.  When it comes to artillery, there are Line and Guard figures which cover most needs, perhaps a set of gunners in fur caps might be useful but that's about all.  The infantry likewise have Guard, Caucasian and Line figures which again accounts for most needs.

However, I have always been intrigued by the pictures of the Moscow Regiment in the Osprey book and on the Foundry webpage.  They are something different in their red shakos.

Bob is setting up a Mexican/American game using Jack's 20mm figures so we have been back and forth picking up Jack's figures so we haven't managed to have a game, so I have had a little time on my hands and have been tinkering with some conversions and in particular trying to get the basics for my Moscow Regiment.

The obvious first stage is to use the bodies of the existing Crimean War Russian infantry figures.  I chose the Guard figure as I thought I could reduce the size of the helmet to make it into a shako.

I wasn't happy to with the out come - more Fez than shako.  I then tried reshaping the British Albert shako, making the the back 'flap' into hair.  Again, I wasn't too keen on the outcome.  After a lot of looking, I finally settled on the French Zouave Officer shako as looking the best in itself and on the figure. So it was the usual head swap, remove the plume and a quick tidy up with 'wet and dry' sandpaper to clean the edges and remove the top band on the shako.

I used the same head on the Infantryman, Officer and Standard bearer and I think it works out not too badly giving a reasonable impression of the Moscow Regiment and enabling me to add a splash of colour to my Russian army. 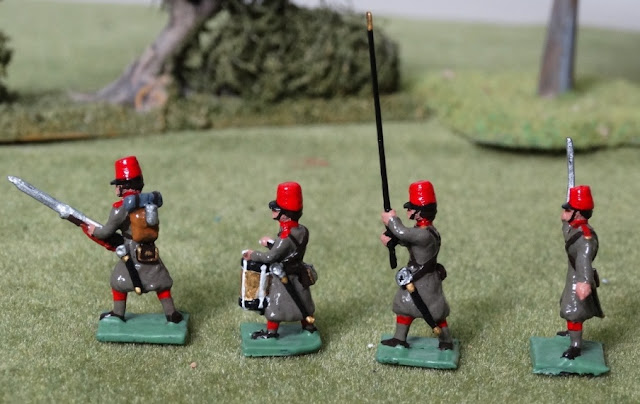 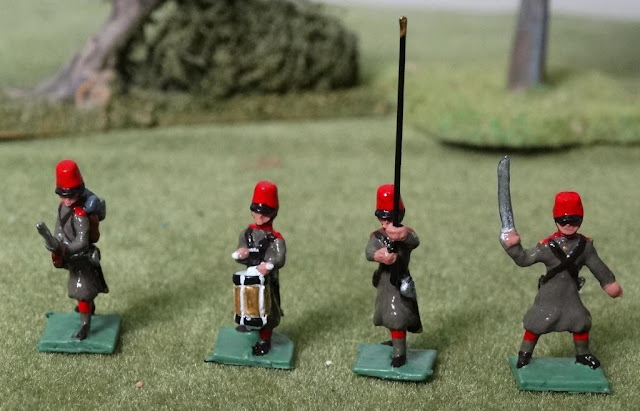 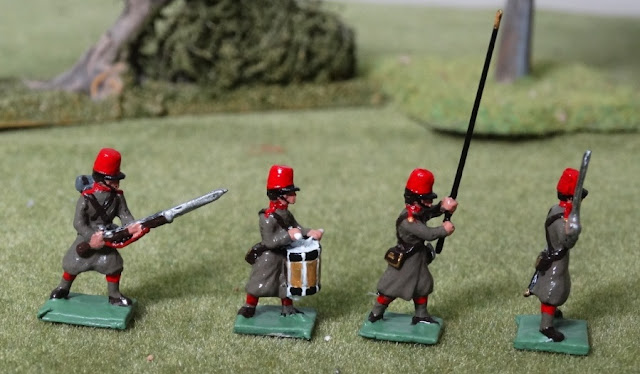