A couple of posts ago I sent Alan sketchy details of our next game - publish as 'Preparing for the Next Game'. He commanded a small Polish port which an enemy would attack with a view to destroying the supplies on the dock. 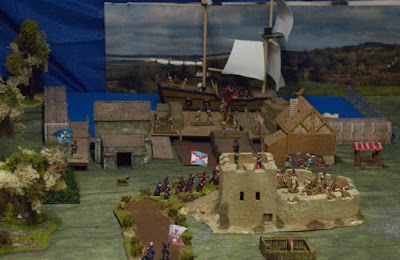 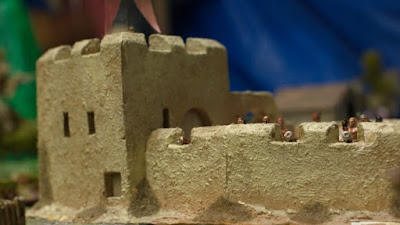 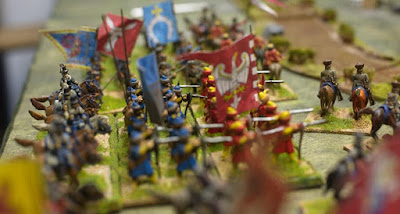 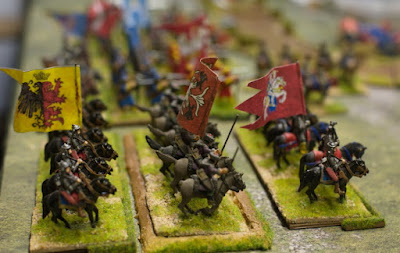 The Swedes got a free move but did not get the large moves they needed to take advantage of their surprise attack. Deployment was by dice throw.

Within a few moves it was apparent that the battery in the fort was too strong. The first Cavalry regiment was hit by 2 guns, as well as a volley from the Polish infantry on the road, which was enough to break them. 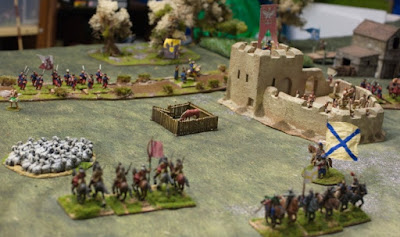 The Yellow brigade of infantry fared no better. The guns on the other side of the fort opened up on the leading regiment, again supported by Polish infantry. The regiment halted, which left it as a target for the guns the next move. Its morale was good enough to keep it there for several moves, every move being hit at close range by 2 guns and the Polish infantry. In the end it broke and the second regiment took its place. 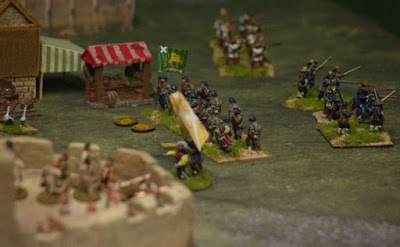 At the far end of the table the 2nd (Red) Brigade stormed the seawall, supported by the Dragoons who dismounted and fired at the Poles. The Polish sailors had only swords and could not stop the Red infantry advancing and climbing over the crates that served as a barricade. But their swords were easily a match for the muskets being used as clubs, and they held. In the second round of melee they drove the Red regiment back. 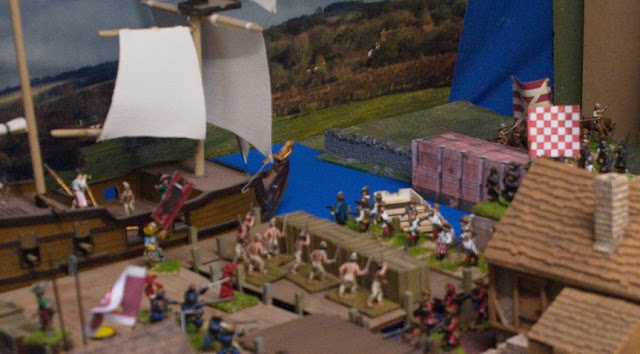 On the left flank the second regiment of Swedish cavalry charged the Polish infantry and started a melee. Less positive was the fate of the 2nd Yellow infantry regiment. Like their predecessors they were hit by artillery from the fort and stopped, battered but unbroken.

Alan had the opportunity to bring on his reserve, but failed to move his cavalry. The 2nd Infantry Brigade suffered a blunder and all 4 regiments retreated. With the leading cavalry regiments stalled on the road nothing moved. 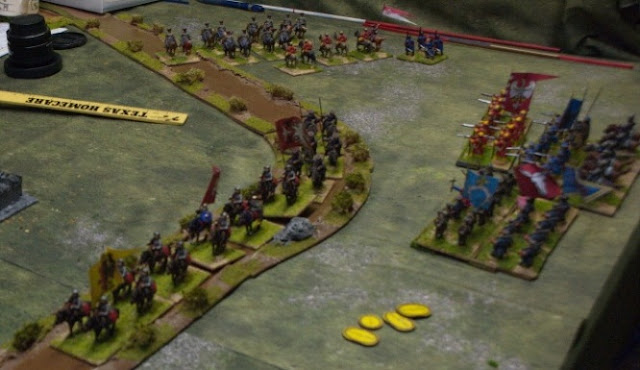 On the dock the Red regiment had broken but its second regiment closed with the sailors pushing them back. The dragoons were shooting at the last Polish regiment on the dock. But the fort was still a major problem. 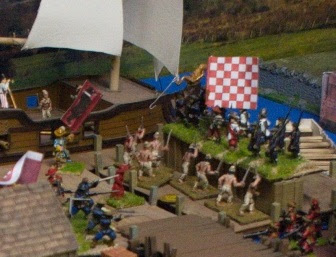 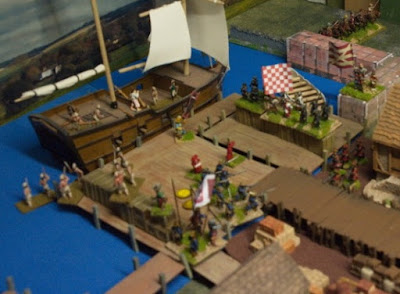 Because of the way the 8 guns were positioned there was no safe position for the Swedes. Another round of artillery sent my remaining cavalry of the table. And other guns dominated the dock area. 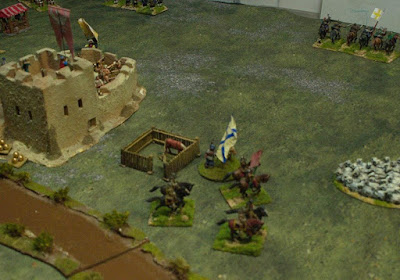 The fort poured close range fire into the 2nd Yellow infantry regiment, and although it had cleared the path in front it went back. 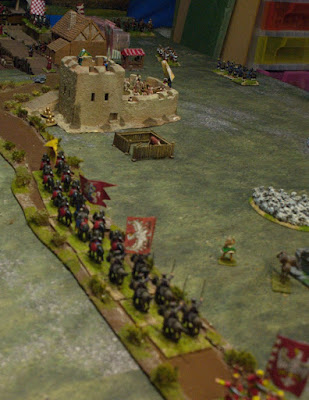 Alan had finally got his Pancerni to move and they came down the road in column. They were still several moves away but the cavalry and the infantry were coming. 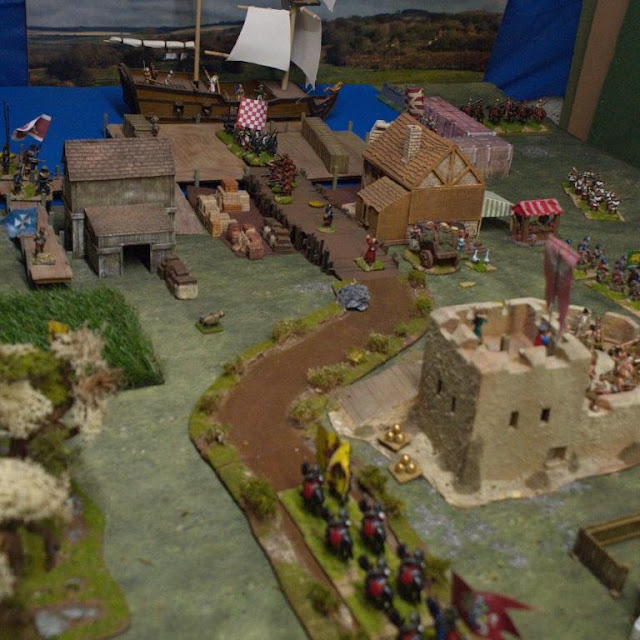 All I had left was the 2nd Red Infantry and the dragoons. When I moved the dragoons to set fire to the stores they came under artillery fire. So I withdrew my last regiment and what was left of the dragoons, just as Alan’s Pancerni were moving steadily up the road.

An enjoyable game. I had beaten 3 regiments of Polish infantry and a Unit of sailors but been unable to destroy the stores on the dock. In retrospect the fort was far too powerful. The 8 guns covered every approach and it was this that destroyed my units and hopes of winning. Next time (and there will be a next time) there will be less guns, perhaps 3 so that there are gaps that can be exploited.

Rules were the standard Pike &Shotte..


I am afraid I took the pictures with Bob's very good camera, rather than my own and didn't do too good a job focusing it.  My apologies for some of the pictures which do not portray a good game as well as they should.
Posted by ABC Wargammers at 13:35