Following on from our 54mm Turks and Russians game, I started to put the figures away and was so impressed by the 54mm ARTS (Anglo Russian Toy Soldier) company figures that I thought I would get the rest of my collection out of their boxes to see what I actually had.

As with the White Coated Russians, I bought these back in that 1990s, when I started to get in 54mm wargaming.  I have to confess that the mood didn’t last long and they all went back in their boxes where they have remained for the last 15 years or so, moving around the loft and the boxes gathering dust.

As I have mentioned before, I have 50 White Coated Russians plus Standard bearer and musicians and officers and gunners.

I found that I have 31 Bolshevik Infantry plus officers and standard bearer and another 42 First World War Russians in great coats plus officer and standard bearer.  The figures are really nice and I thought I would share them with you.  The numbers also make a Reds V Whites RCW game possible, if on the small side.  I have 54mm British and German tanks and armoured cars which will also be able to take to the field and which might add some interest. 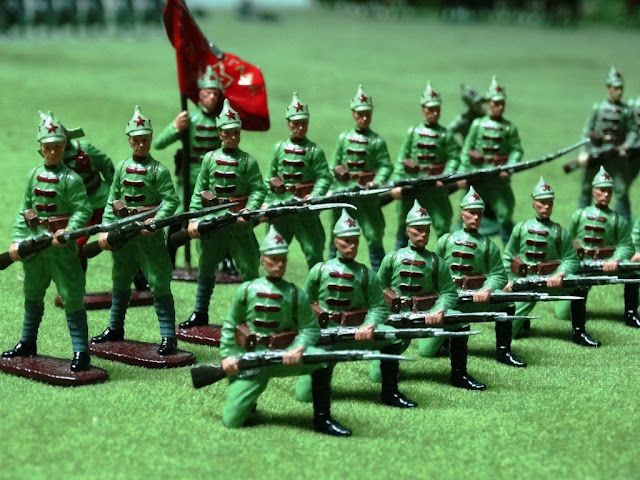 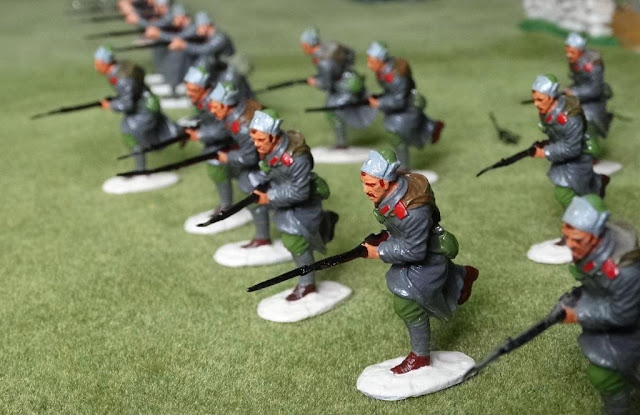 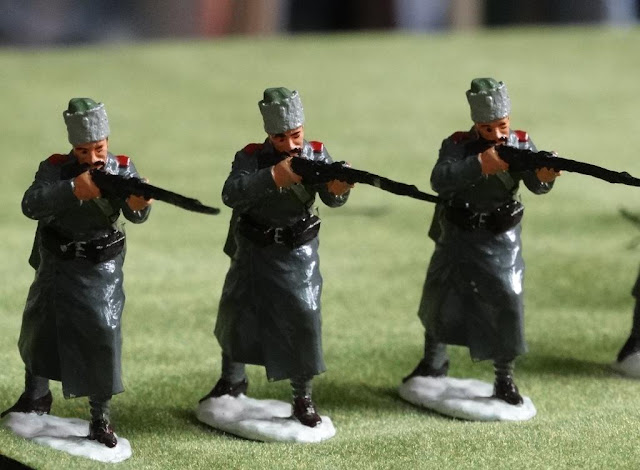 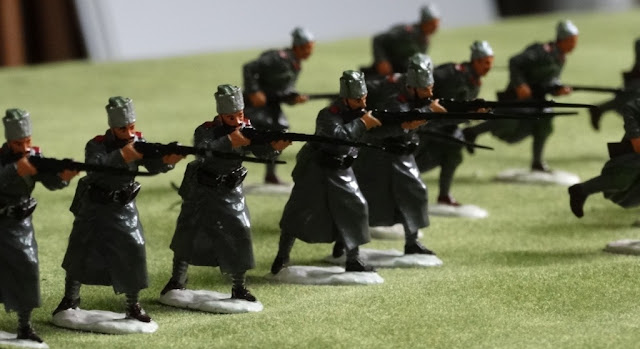 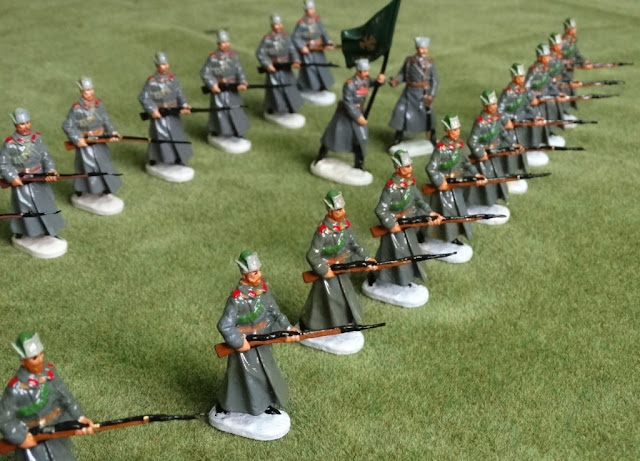 So rather than pack everything away for another 15 years I am setting up a game to have with Bob next time I see him.  So another AAR to look forward – hopefully.

As I have mentioned before, after a search of the web I couldn't find any information to indicate that the ARTS company were still in business.  However, what I did find was a reference in the 'blurb' of Osprey's The Russian Civil War (2) White Armies to Andrei Karachtchouk  who was involved in illustrating the book.  It credited him with making the master models for the Anglo Russian Toy Soldier Company. Andrei Karachtchouk is also shown as an illustrator for Osprey's  the Russian Army 1914-18, the Russo Turkish War 1877; the Russo Japanese War 1904-05; and Russian Civil War (1) The Red Army.  So maybe Andrei made the master for all these ARTS figures?  They certainly match his illustrations in the relevant books.  Does anyone know?