Whilst we are waiting to play our 54mm game with the Russians and Turks, I thought you might be interested in a 15mm game Bob and I played using my Ottoman Napoleonic Turks and Russians.

The Turks are on the defensive as the Russians move to invade. 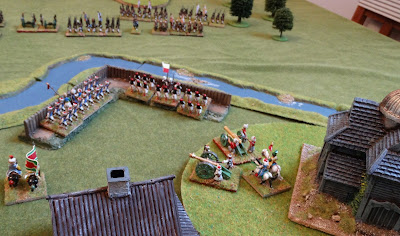 The Ottomans had set up a defensive position with artillery on a small rise at the base of a church.  A rough wooden barricade overlooks a bridge over a fordable stream (old bellona stream) which runs the length of the table. 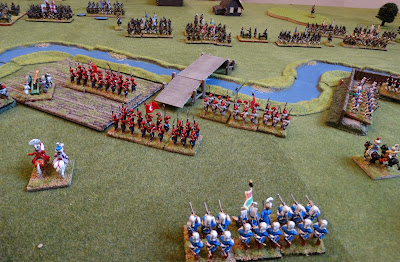 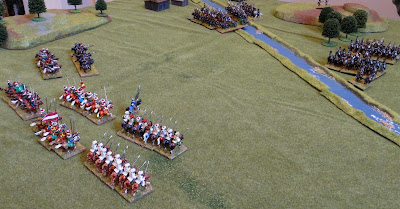 The Ottoman light cavalry are spread out on the open ground on the left flank.

Bob being a man who likes both Turks and Russians was torn between which side to control but was eventually won over by the Ottomans.  I commanded the Russian forces. 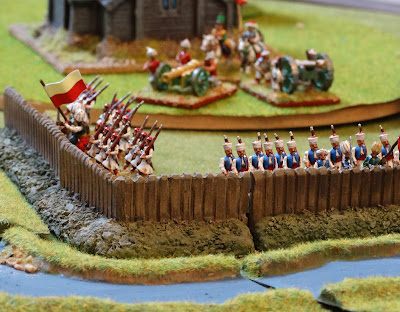 Close ups of the Ottoman forces 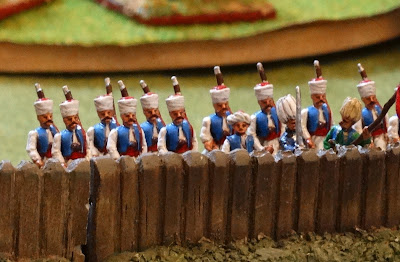 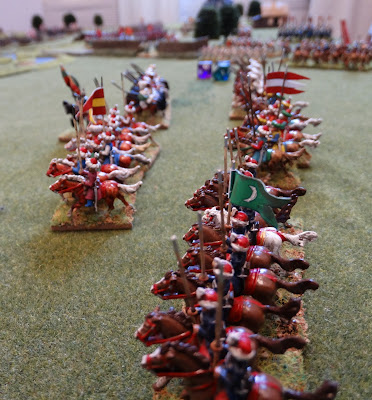 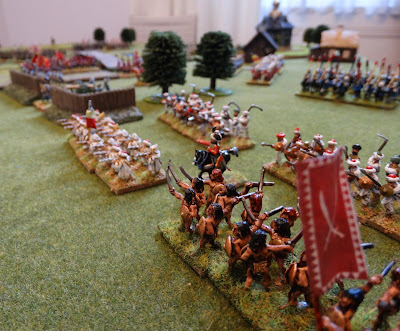 All the Ottoman irregular infantry were massed on the left of the defences and easy meat for my cavalry if I could get to them. 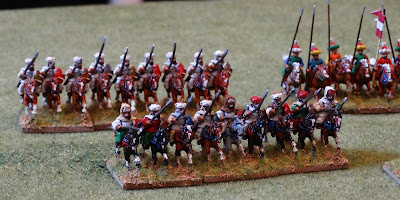 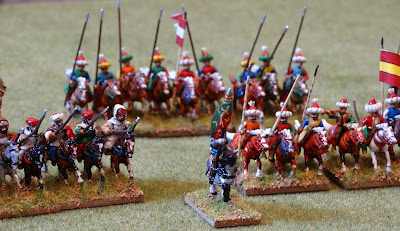 I confidently advanced my dragoons supported by horse artillery to drive away the Ottoman cavalry and turn the flank of the Ottoman infantry.  I always start out with these grand tactical plans which always work brilliantly in my head. 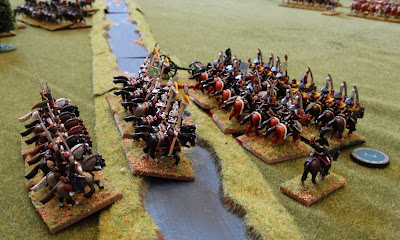 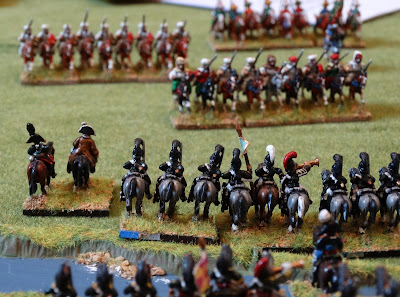 Rather than do the decent thing and wait, the Ottoman cavalry advanced and started firing arrows of all things! 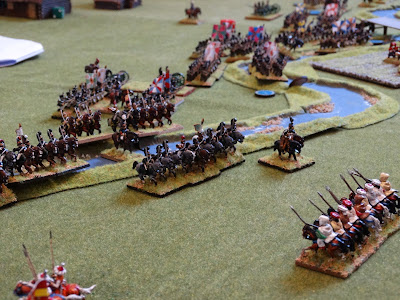 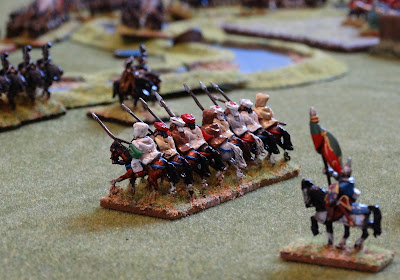 Meanwhile my infantry kept up a steady march towards the Ottoman infantry, the bridge and their defences, taking hits from the Ottoman artillery. 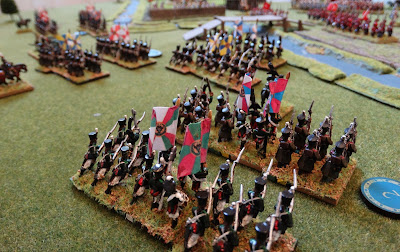 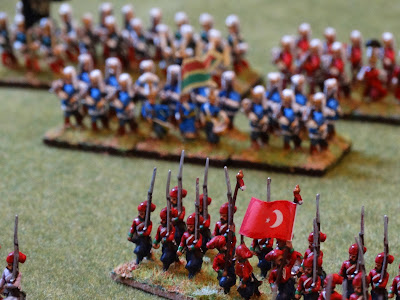 The Janissary reserves moved into position 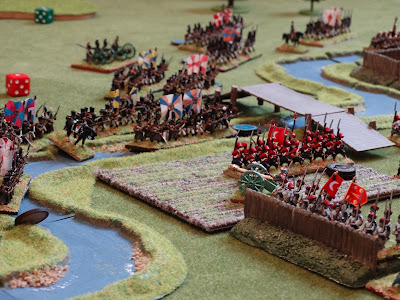 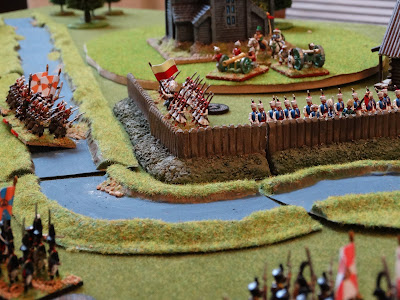 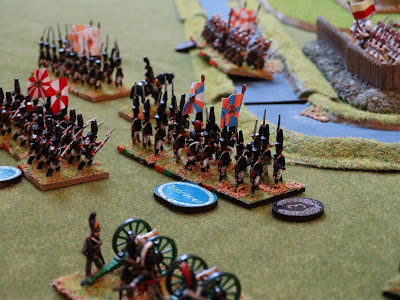 With the aid of my battery of horse artillery supporting the infantry, I was able to drive off the the Ottoman gunners in the opposing front line. But my grenadiers were taking a lot of hits with units becoming disordered. 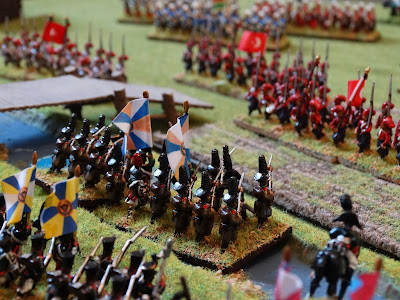 Still I pressed on driving back the Ottoman front ranks only to be confronted by the fresh units of Janissaries, who did serious damaged to my already weakened units 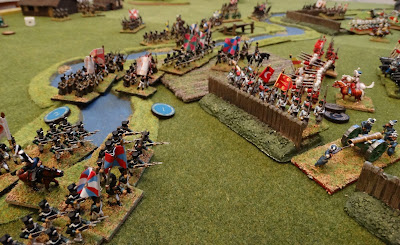 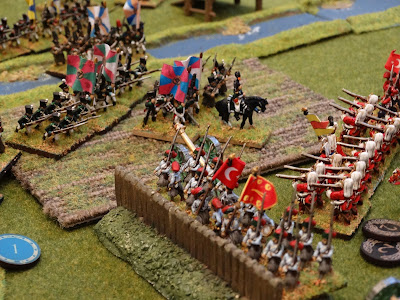 Meanwhile what should have been a 'walk over of the Ottoman cavalry' in my head was turning out to be anything but, as my cavalry was assaulted from all sides 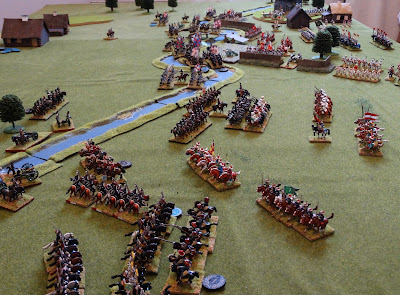 regiment after regiment fell back, were disordered and weakened or routed in the face of the Ottoman onslaught. 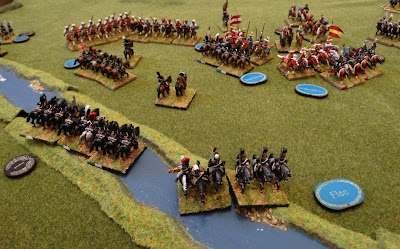 My infantry fared better, but with their weakened state and the potential for a lot of the Ottoman cavalry once rallied falling on their now open flank I conceded the game

Personally, I blame the whole thing on the Cavalry general and his aide seen in the middle of the picture for just failing to get to grips with dice, rather than my own excellent tactics!
Posted by ABC Wargammers at 12:18