Following on from the previous post 'A Town Prepares'  the Union attack rolls forward - well that was the plan.

Rapid deployment of Union troops catches Townsfolk and confederate troops alike on the back foot. 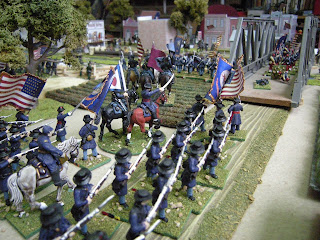 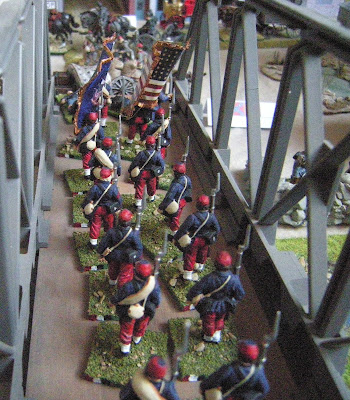 The Brooklyn Chasseurs charge down the bridge only to see a company of the 2nd US Sharpshooters blown away in hail of canister shot from the hastily deployed 1st Maryland
Battery.
1st and 2nd Brigades launch themselves at the ford and defending Townsfolk 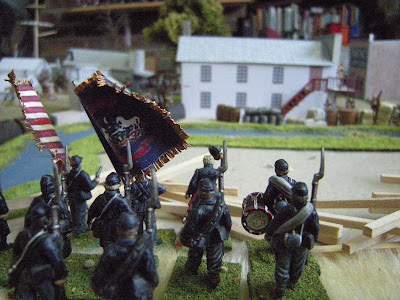 The 56 Pennsylvanians’ suffer at the hands of the Richmond Howitzers covering the Grand Hotel Ford.  Colonel Phelps and the supporting 30th New Yorkers give them the courage to press on. 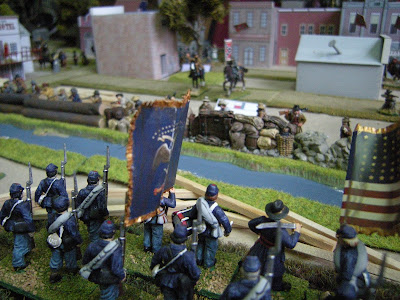 Union troops gain the fences having driven back confederate skirmishers 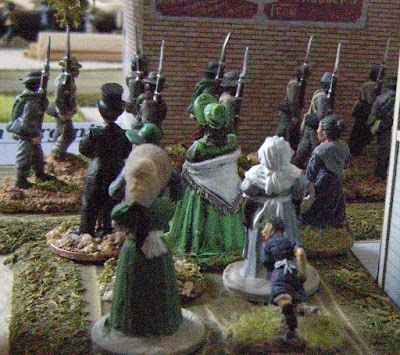 Worried Townsfolk look on as the 4th Virginians rush to deploy. 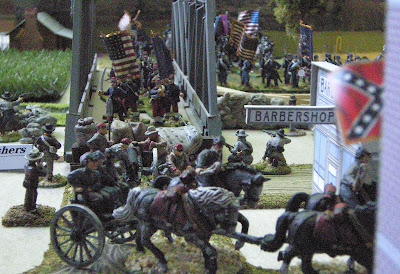 Skirmishers and the Maryland Battery try to hold off the on rushing union troops. Union troops suffer badly on the bridge. 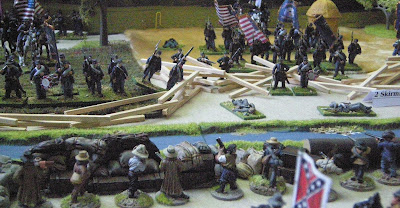 The town’s men prepare for the fight. 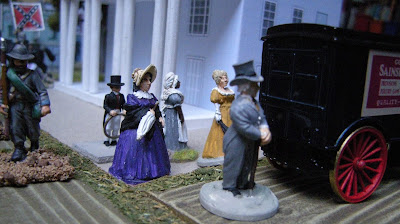 Rumours abound that the Governor and his family are preparing to flee.

The 7th  press the ford despite suffering casualties from skirmishing cavalry. 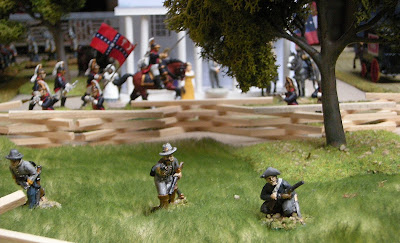 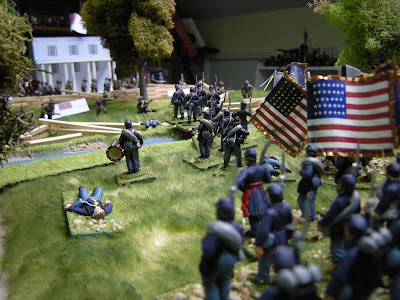 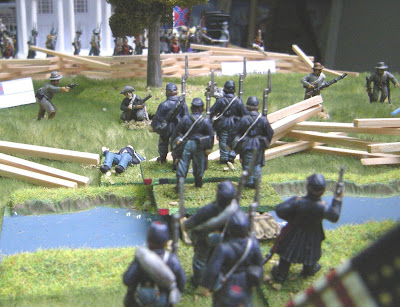 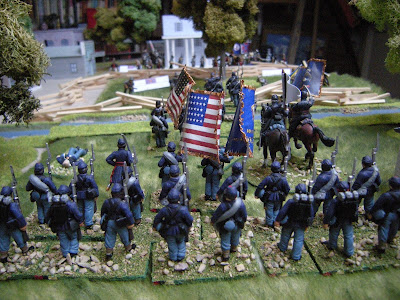 Major General Hooker urges his troops on.  Is his decision to advance without artillery support a wise one? 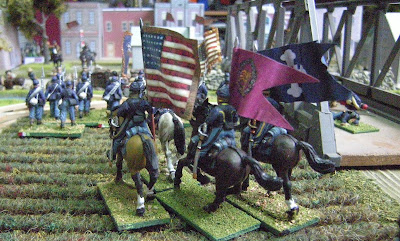 After 8 moves the deployment of the confederate troops thwart the union rash attack.  The rest of the union forces arrive with their artillery the next day spelling the end of resistance.

We used the Long Road North rules.  I like these for more 'open games' but I didn't think they work quite how I would have liked for an attack on a town.  I think something simpler may have been better.

The Brooklyn Chasseurs are simple conversions from the standard Perry ACW Infantry.  I choose the specific Kepi and trimmed away the bottom of the trousers to make gaiters and just painted them white.

The Wisconsin Infantry are metal conversions of the Perry figures made by Jack Alexander.  He made a new head and trimmed up the union officer.  He made an Officer, a drummer, a standard bearer, a standing firing and a standing at present figure.

The civilians are a mixture of Redoubt, Dixon and an old Minifig who plays the part of the Governor's son.