The Battle at Erzbeta’s Abbey

Know then that the Abbey on the Austrian Frontier had long been abandoned by the Poles. For over sixty years the walls and buildings had crumbled. Trees had grown up and Abbey was no longer recognisable as a place of Pilgrimage, as it had been for centuries.

In 1704 Piotr the Monk proclaimed he had a vision in which Erzbeta demanded an answer of him as to why her people could no longer worship in her abbey. He began preaching along the Frontier where he was heard by Duke Conrad. The ambitious Duke saw an opportunity to add the Abbey to his lands and enhance his reputation with Warsaw.
He ordered the reinstatement of his personal Regiment of Hussars and mobilised the local forces. At his own expense he engaged a Sotna of Registered Cossacks. He ordered a general advance on the Abbey.

The Austrians, alarmed by Piotr’s preaching and by Conrad’s mobilisation, sent the nearest troops available, a small force with orders to hold. If there was a danger of being overrun a messenger was to be sent to the local garrison and help would be sent immediately.
The danger was if the Poles held the Abbey – neither country wanted a full scale war so if there were hostilities whoever held the Abbey when peace negotiations began would keep it.
This was the situation that led to the Battle at Erzbeta’s Abbey.

The game was played in Bob's war room.  Here he is explaining to Jack how the rules work. 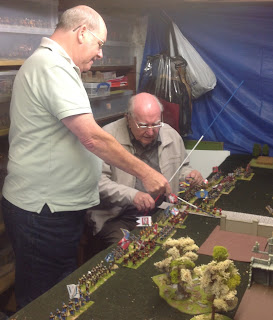 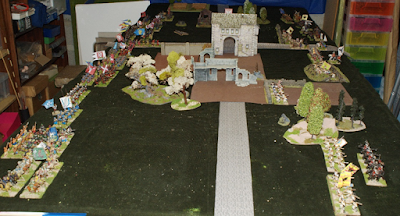 General view of the table showing the Abbey in the centre.  On the right are the small Austrian forces.  Jack and Alan took the Polish forces. 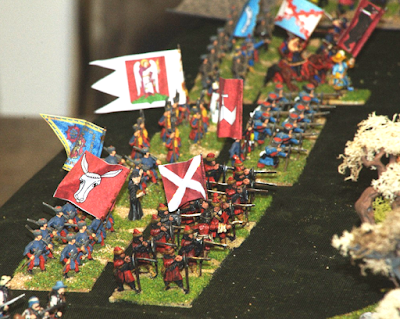 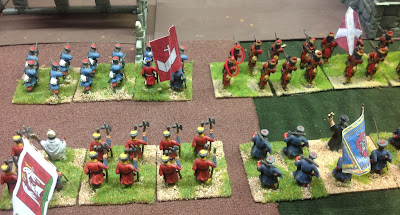 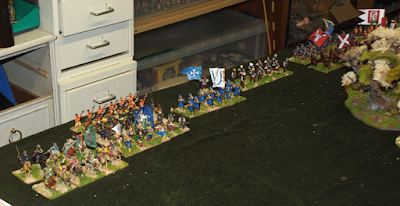 This picture shows the Cossacks under Alan’s command. Knowledgeable viewers will notice the blue coated infantry passing a Poles but carrying a Russian flag.

Jack’s wing, waiting to sweep forward and to the left to encircle the Austrians 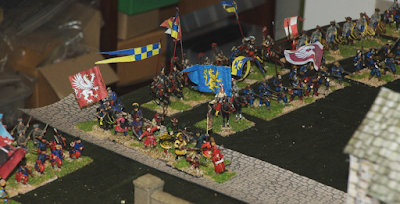 Down the centre came the Perry twins’ 1812 Russian peasants, who do sterling service as Eastern. Feudal peasants in a range armies.

Austrian forces were in prepared positions. All Austrians were counted as Regulars, whilst the Poles had Elite to Raw troops. 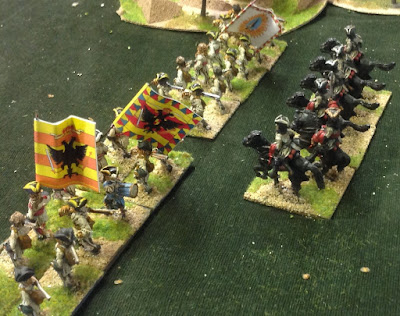 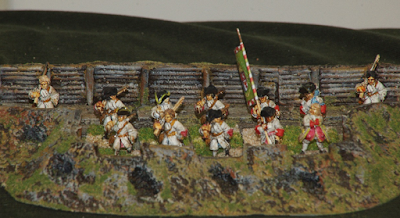 We used a new set of rules for this game. Jack attacked and pinned the right flank – Alan refused the left flank and then poured troops into the centre. The Austrians were unable to hold the centre and at the end of the game day the Poles held the Abbey.

Above shows the Abbey – Games Workshop Lord of the Rings scenery and the East Gate from Wargames Vault. Polish troops advance and although they suffered casualties they fulfilled their objective. 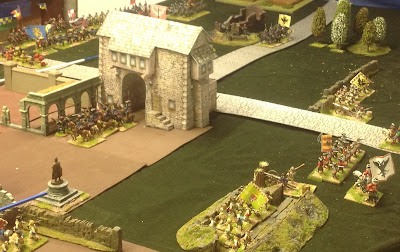 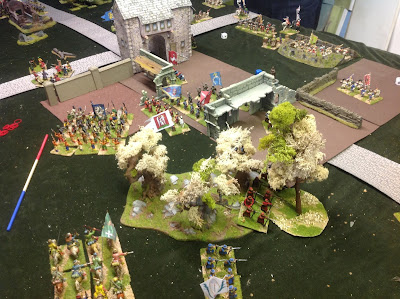 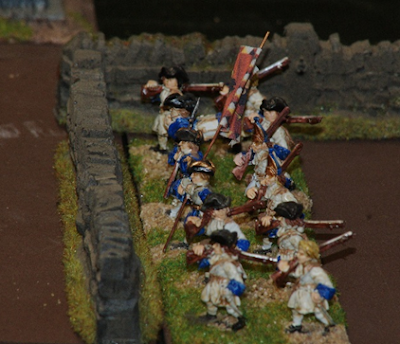 Another shot of the Austrian forces, which dealt severe blows to the Poles, but could not hold Erzbeta’s Abbey. 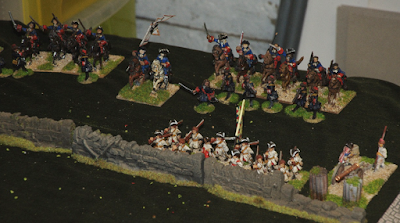 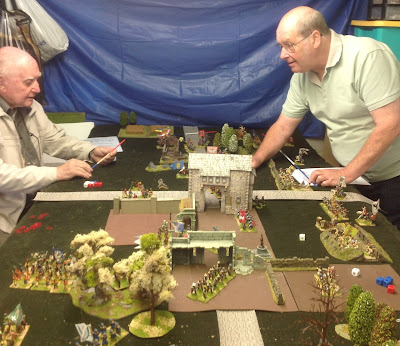 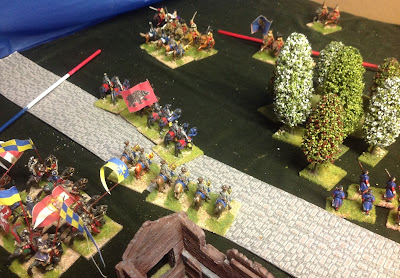 P.S. the new rules worked fine. Jack had not seen them before the start of the game but this did not stop him doing sterling work with his Polish Flank.