One of the periods we  regularly game in is the 17th century and our Turks frequently challenge a classic Polish army. These pictures show a small Turkish raiding force attempting to overwhelm the small Polish garrison of a frontier town. 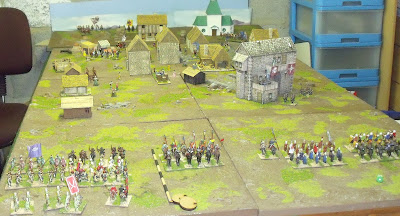 In the background is the green roofed Russian Church which Jack Alexander scratch built from a single picture given to him. The church shouldn’t be on the table as the Poles are Catholic and the Church represents orthodoxy. However it does give a Central/Eastern European feel to the table. 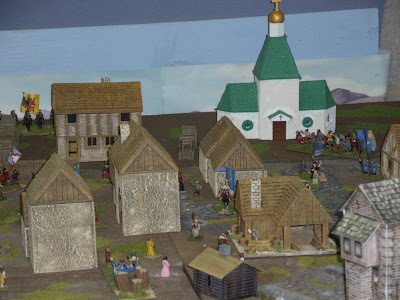 One artillery piece guards the open approach whilst a unit of Militia stands at the gate in front of the bridge. Polish flags flutter from the balcony and the Militia are encourages by a lovely young Polish lady. To encourage the Turks there are market stalls and traders to loot. 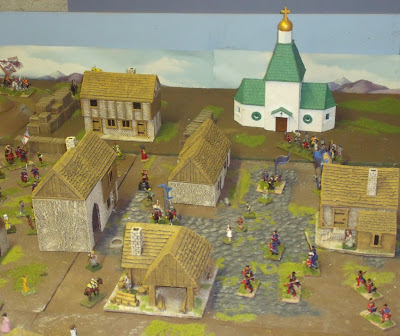 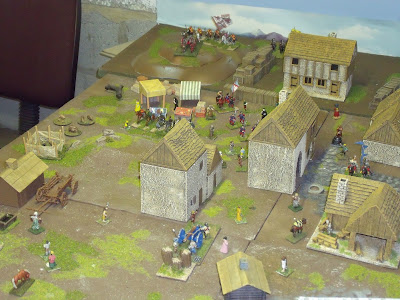 All figures are 25mm/28mm from a range of makers, the civilians come from a variety of ranges including medieval and fantasy. The table itself is 6 x 2x2ft German made plastic terrain boards. The market stalls are paper models and are available from Wargames Vault as is the Eastern Gate defended by the militia. 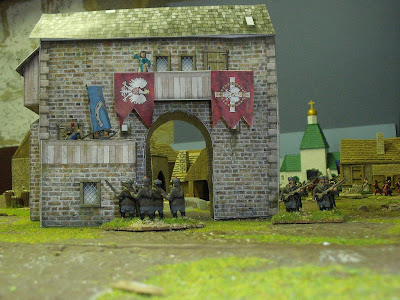