As in part 1 of this series I am using the basic infantryman taking a cartridge from his pouch as well as the loading and firing poses to make dismounted cavalry.  I know you can buy these and I have but these were 'left over' figures.


The first step in converting the 'firing and loading' figures is to convert their muskets into carbines. Take the arms which have muskets which are used for the standing firing figures lay a carbine alongside to get the right size for a carbine and simply cut it down to size.  A paint job does the rest. 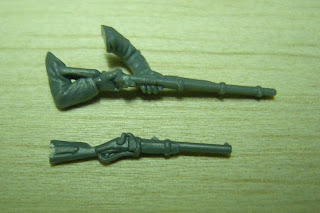 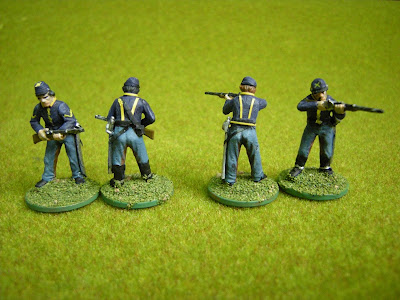 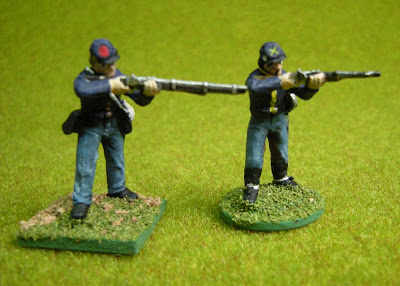 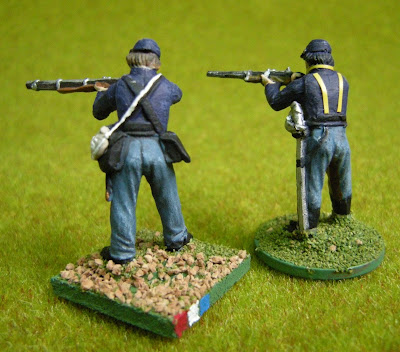 You will need to cut of the belts and cartridge boxes from the infantry man.  However given the type of plastic used and a little practice you will find it easy to cut these away.  Slice away the cartridge box in thin slices.  If you try to cut it in one go you will just break the scalpel blades. 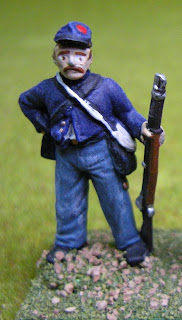 This figures was used for the following conversions 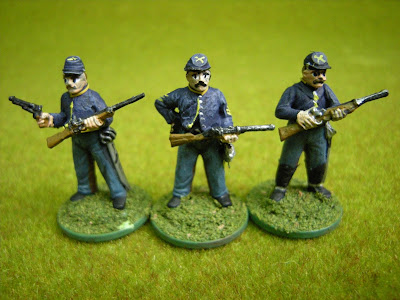 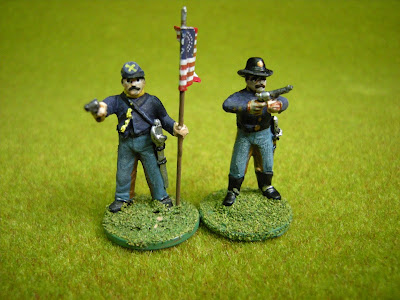 Although these figures are shown as Union, the same conversion wotks for the Confederates.  You can leave out the swords which makes for an even easier conversion.

You can see that in some of the figures I haven't bothered to 'cut the boot line'.  I noticed that in the actual Perry cavalry figure, some have trousers and shoes.  Pistols are simply the cavarly pistol arm stuck on in place ot the original arm.

In the next part I will look at how to give a Perry figure some hair!
Posted by ABC Wargammers at 17:01