I was recently passed back a number of old Douglas Miniatures, some S range Napoleonic and Hinton Hunt fihures (update)  I had given my friends son many years ago.  Amongst them were a dozen or so dismounted French Napoleonic dragoons in marching and firing poses.  Over the years the standing firing figures have lost their bayonets.  I had a look on ebay and couldn't see much of a market for them so wondered if I could make use of them in my Franco Prussian War army.

The dragoons have the Napoleonic long tail coat and open waist coat, so I cut away the tails and used some green stuff to make the more baggy trousers reminiscent of the 1870 era dragoons and a 'skirt' of green stuff to extend the coat and a thin 'belt'.  I cut of the plume and smoothed the cut with some 'wet and dry' sandpaper.  Then it was a paint job. 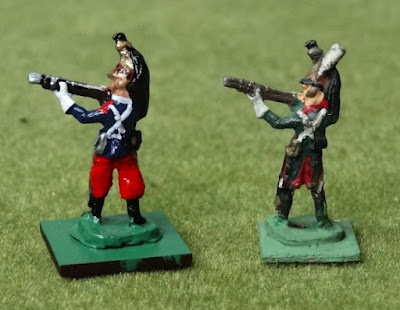 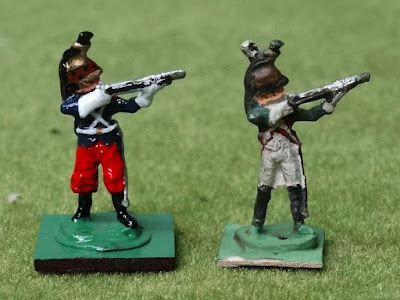 I have also tried creating a dismounted French Chasseur a'Afrique.  Twisting the head off worked and I removed one of the belt straps. It sort of worked, overdid the green stuff on the back. 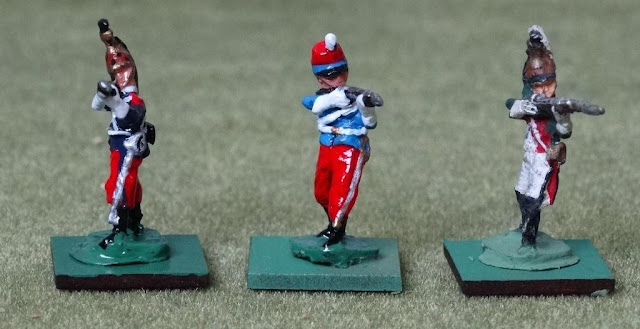 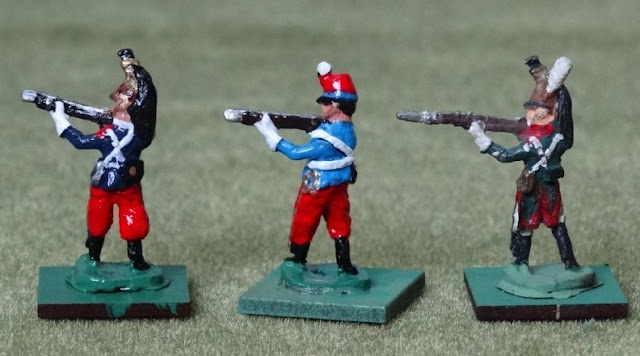 Update: Thanks to wellington Man and others for pointing out what I thought were early Minifgs are actually Hinton Hunts dragoons.