Our Next Game - 28mm Japanese v Portuguese Pike and Shotte

On a flying visit to Bob’s he showed me his preparations for our next game. It’s based on an old WRG scenario for use with the Renaissance rules. Portuguese troops have landed in Japan and must establish a base, whilst the local Japanese Lord must drive them off with his own forces.

The table is clear off terrain save a hill which both sides know is crucial to holding the area, so this is the main victory condition.

The WRG rules use different systems to the Pike & Shotte rules we play with and so Bob has modified the scenario, hopefully keeping the interest and style but adding some extra elements.  In the original the sea is just present but plays not part. Bob has changed this to a dock, with the Portuguese ship docked there.  This will allow me to have 2 guns which can be manhandled off the ship, and a unit of sailors if required. To counter these Bob has added a unit of Monks to his Japanese.  There was no cavalry in the original but both sides now have 1 unit each.

The Portuguese are taken from the P&S early Renaissance lists, whilst the Japanese can be found on the Warlord’s Pike & Shotte forums. This will be the first time we have tried these two protagonists and hope it’s going to be fun and successful. We’ll keep you informed.

Detailed lists of both forces to come when we work out how we are to deploy them. 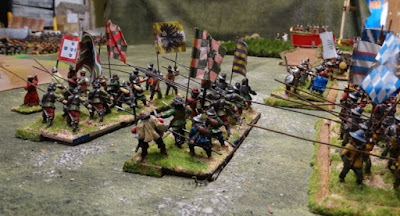 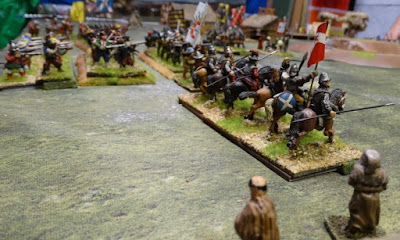 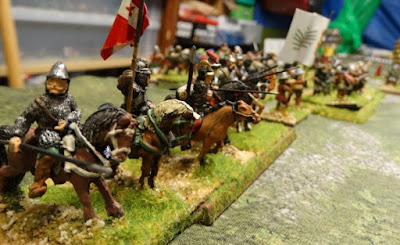 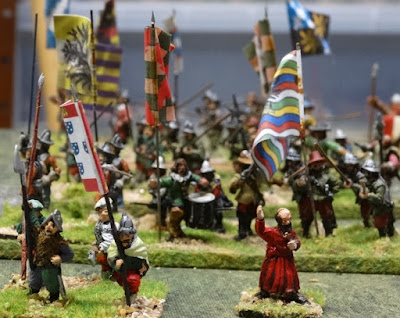 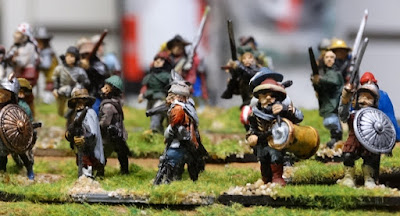 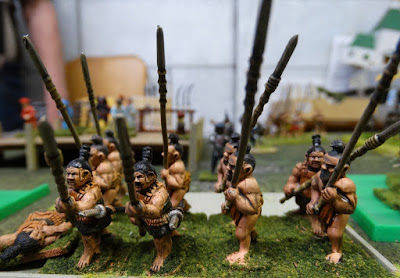 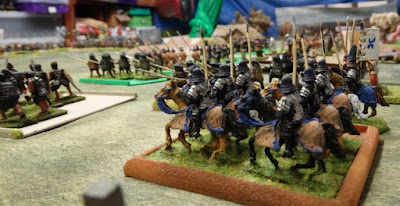 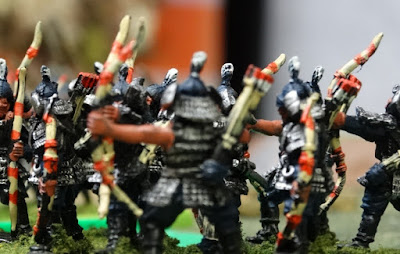 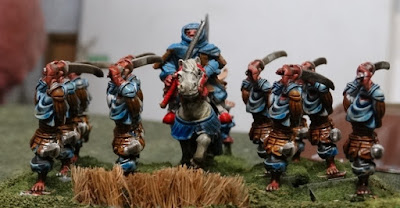 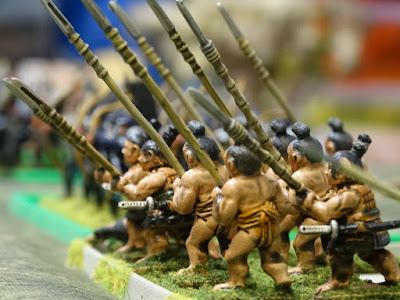 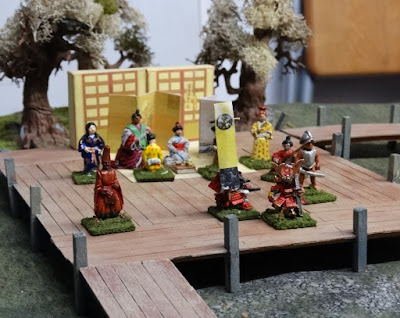 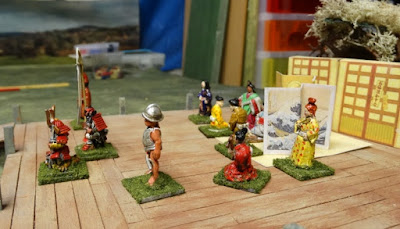 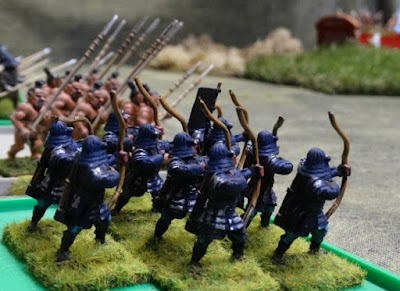 It will be interesting to see how the rules cope with this mix.  I'll take some pictures of the actual game in the follow-up AAR and give details of the various figures we used to make up the Portuguese.