The last of my 15mm armies by Warrior.

I had the idea to paint the Russians to go along side my Austrians to fight the French.  I painted some and then hit the 'painters wall' which I am sure many have experienced and the whole thing disappeared into a box for a year or so.  When I got them out and looked at them I had forgotten my original idea and then couldn't face painting the French, so it turned it into an Austro/Bavarian/Saxon force as part of the Grande Army taking on the Russians.

I know that it is also lazy but I am getting on and my eyesight isn't what it used to be so, apart from choosing the Austrians and Saxons who I could 'block paint' by spraying them white, I went for a large contingent of Russians in greatcoats which I could spray paint with Humbrol 'Drab Green' which is more brown than green in this scale.  This enabled me to to turn out the infantry in numbers relatively quickly.

I know these troops should have the Kiver but Warrior only do the early Russians in greatcoats and since I started with the intention of doing the earlier period of the Napoleonic War and had lots of Russians in the early shalko, I ploughed on. 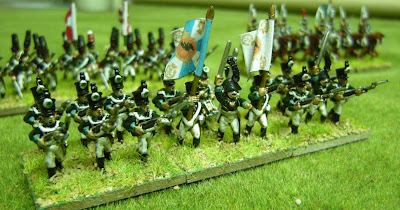 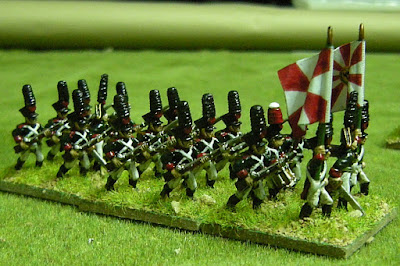 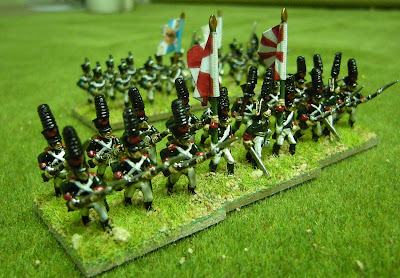 Lots of Russians in Greatcoats! 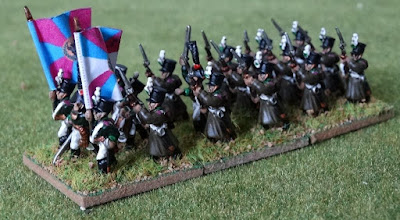 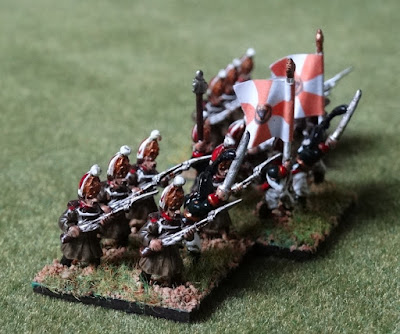 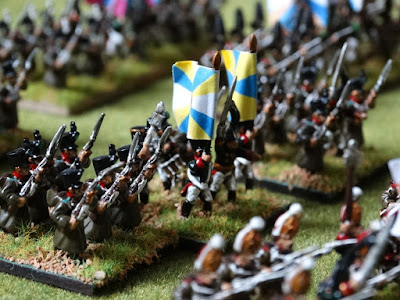 I have been asked how15mm Minifigs compare with Warrior Miniatures.  I bought some Minifigs Russian Infantry castings on ebay as they were going cheap but there were no command figures, The Warrior Command are good value so I used some of their figures.  I am happy with the result and think the slimmer Minifigs work okay. 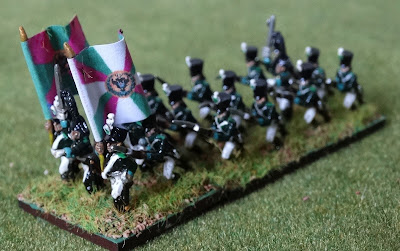 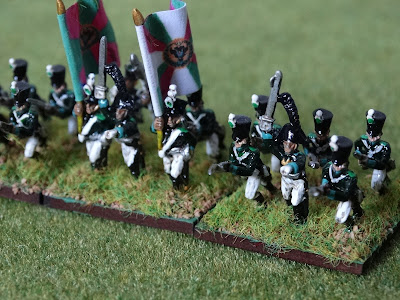 I used the Prussian Cossacks for the Guard Cossacks and the Russian ones from the 'Don Cossacks'.


The rest of my cavalry.

You get the later war Cuirassiers with the 'cox comb' style helmet in the Russian Starter Army.  I have also included some of the earlier helmets with the 'rolled comb' to go with my earlier infantry. 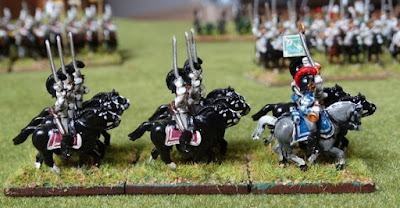 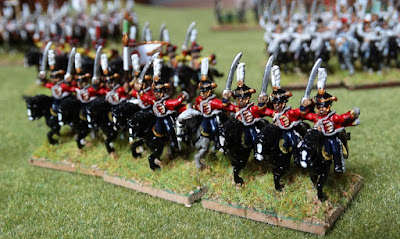 Finally the artillery.  Warrior only do the Line Artillery, so I used Lancashire Games Horse Artillery figures (again because they are inexpensive and you get a lot in the pack), because I wanted the earlier war style 'helmet'.  Although it isn't on their list, if you ask, Warrior do a 'small barrel' which can go on their artillery carriage and looks okay for the light guns of the horse artillery. 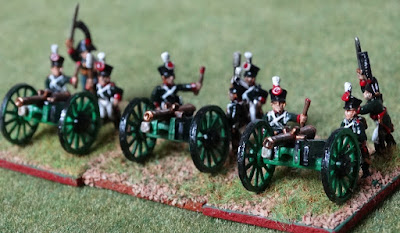 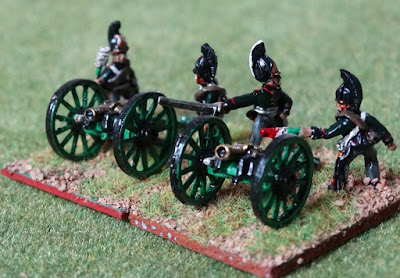 When it comes to limbers you have to compromise with the Warrior range and use the ACW limber but it sort of works in this scale.  The rider is one of the later war Cuirassiers painted as a horse artilleryman. 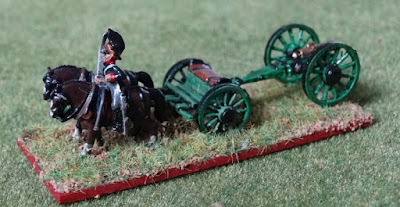 I should say all the Warrior figures are available from http://www.warrioronline.demon.co.uk/