I was lucky that Bob bought a box of Victrix British Peninsula Infantry and decided not to go ahead with the project.  This provided a wealth of parts which I could use to covert Perry figures. The back packs can be slightly trimmed simply glued onto the backs to some of the Perry figures to add further variety. 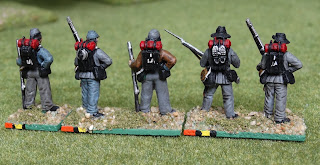 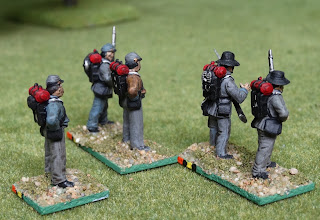 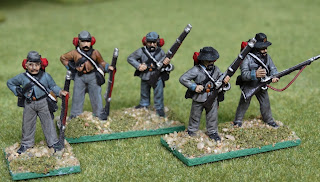 A head swap gave me figures with bandaged heads. 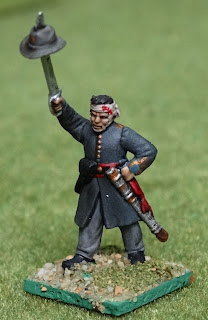 Trimming away the cuffs and lapels gave me right and left arms and hand positions which I could get from the Perry set.  I used these to create command figures and to convert infantry figures. 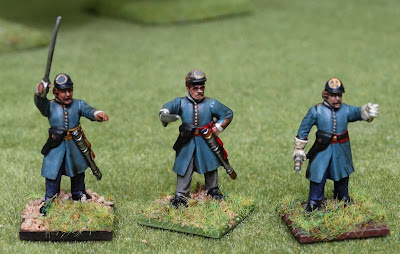 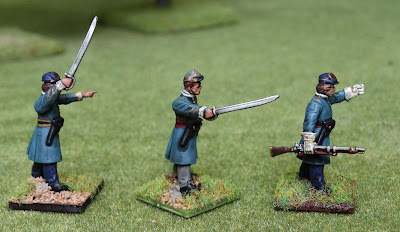 I had a sprue of dismounted French Dragoons and that gave me some spare arms with a gauntlet and carbine which worked well on the standard Perry ACW Officer. I had to trim off the sword and the extra bit of the sash. 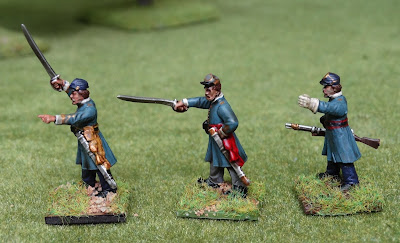 Conversions are just a matter of your imagination, and I am sure I could have done better if I was a skilled modeller but I think paint and distance means that the figures work.  Well for me they did.
Posted by ABC Wargammers at 15:10