After the success of my dragoons in riding down the limbered French artillery, they found themselves facing Bob’s Carabineers. Whilst managing to inflict some causalities the Dragoons lost, failed their break test and where destroyed. 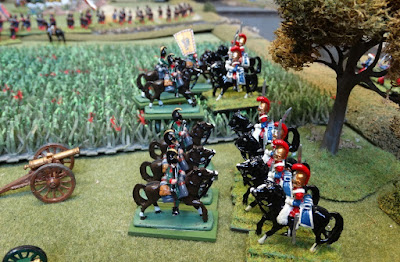 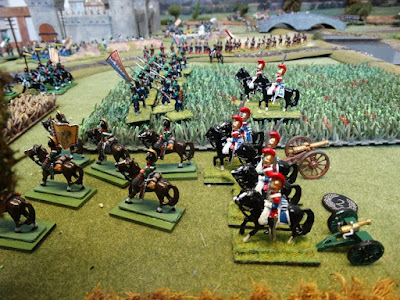 Elsewhere, the first French infantry regiment managed to cross the bridge despite cannons and bullets whizzing at them from the Austrian defenders. 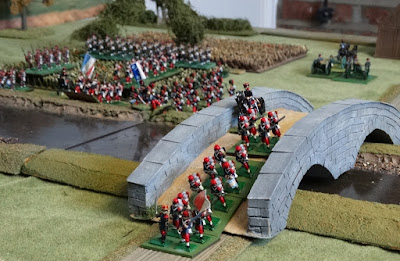 The next move and seized by a fit of madness on my part, or boredom from defending, I thought I would take advantage of the casualties on the Carabineers and attack them with my Hussars, and unsurprisingly they ‘bounced’ off but fortunately weren’t destroyed! 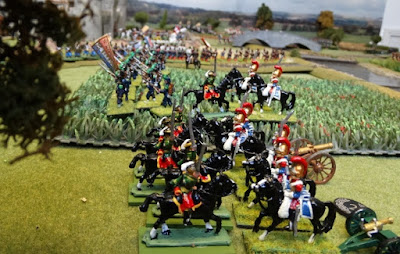 But this desire for action wasn’t just limited to this action.  Oh no! With the Zouaves still struggling to get back in the game and the French Chasseurs engaged in a fire fight I decided to try my luck against the 2 French infantry regiments that had deployed into line in front of the trenches on my right.  Now the sensible thing would have been to blast them with artillery but when does sensible come into things! The Austrians charged from the trenches to hit them 2 regiments to one.  What could go wrong?  To be honest the fact that I had forgotten that I had made all the French troops ‘Blood thirsty’, this meant that for the first round they re-rolled combat misses.  I did this to make sure they stood a change against troops in trenches and to replicate the French élan.  It was my undoing. 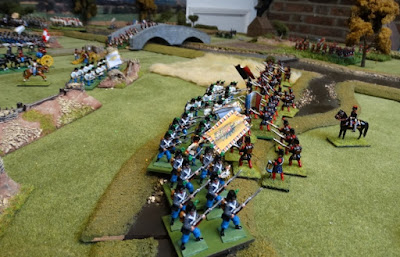 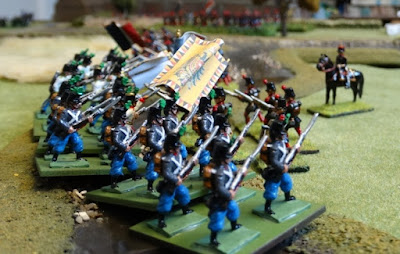 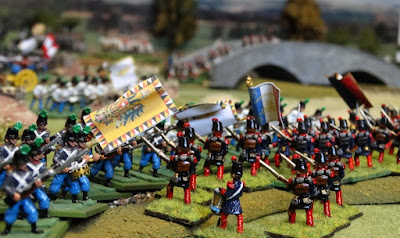 On my left flank I launched my Cuirassiers to attack their French counterparts. 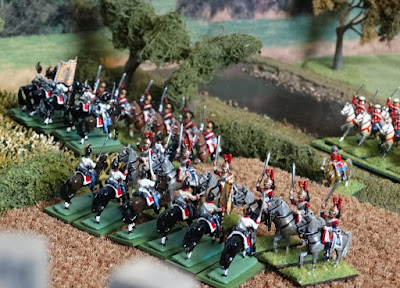 Everything failed! The French Line held, my Cuirassier fell back and a Sweeping advance by the successful French hit another unit of my Cuirassiers flinging them back my final Cuirassier Regiment managed ‘a draw’ which resulted in both the Austrian and French Cuirassiers falling back. 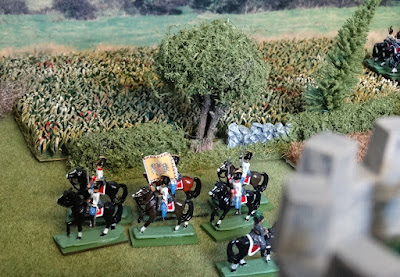 Bob’s French nevertheless won the day.  On my left all my Cuirassiers were blown and would need time to get their Morale back, the French infantry had held on the right and I had lost my heavy cavalry on that wing and 2 of the 3 light cavalry regiments had been engaged and suffered.

The French Guard continued it painfully slow progress and Bob moved his central brigade to reinforce his left flank. 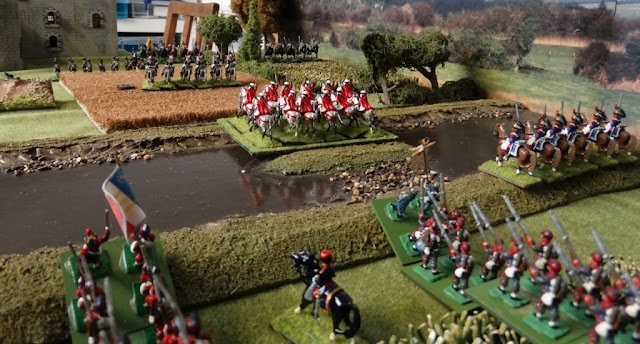 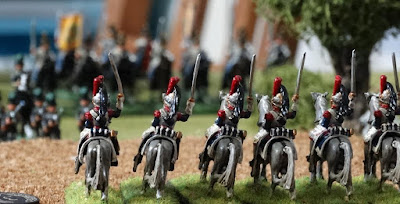 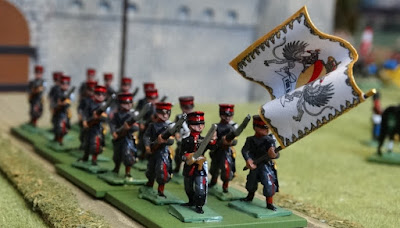 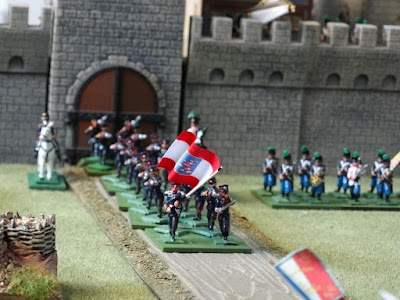 The game seemed to have got both of us and we decided to go to ‘Day 3’ as it was still open.  We also set an objective which was for the French to hold the earthworks. Day '3' was to prove bloody.

On the off chance that Bob might want them I made up 6 dismounted French Dragoons, these are conversions of the Hinton Hunt Napoleonic dragoons, I just shorten the jackets and ‘filled out the trousers’.  They may come in useful one day manning the barricades! 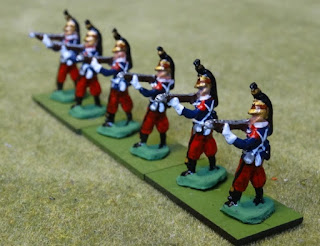