Bob and I finally met to try this game out, in fact it has proved to go on for longer than I had expected, partly because units failed to pass the BP Command test and partly because we were talking a lot about the figures, gaming and the rules.  Anyway, we finished ‘Day 1’ and after a week’s break 'Day 2' and we still haven't finished.  It struck me that I had taken a lot of pictures and if I posted the AAR in one go it would be huge or lots of pictures would have to be dropped, so I decided to break it down into a number of separate posts.  This could be boring or an opportunity to be vain and show lots of pictures of my figures!!  A ‘Day’ in our wargaming terms is a 3 hour parking permit I have to give Bob to park in the street outside my house in Islington, North London.

Day One
This unsurprisingly saw the French advance – well try to – on all fronts.  In effect, the Guard Brigade wouldn’t move, or being polite that they would give the others a head start and catch up.

Bob’s left flank however decided to show the way with the Chasseurs D’Afrique leading the advance. 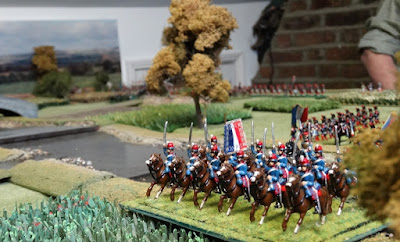 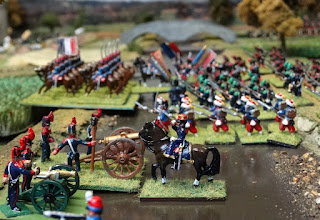 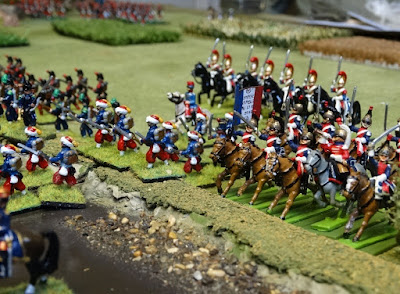 The centre line regiments also started to make some progress, although slowly 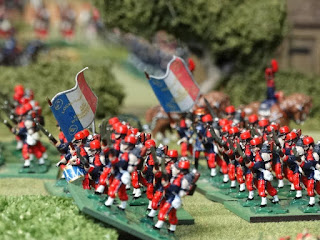 The Guard Brigade made a halting one move the next turn 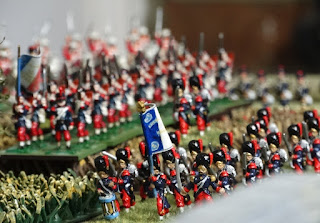 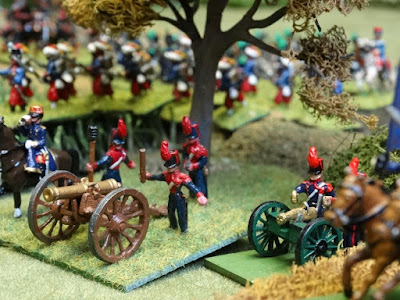 Bob’s left continued to cross the ford in strength. 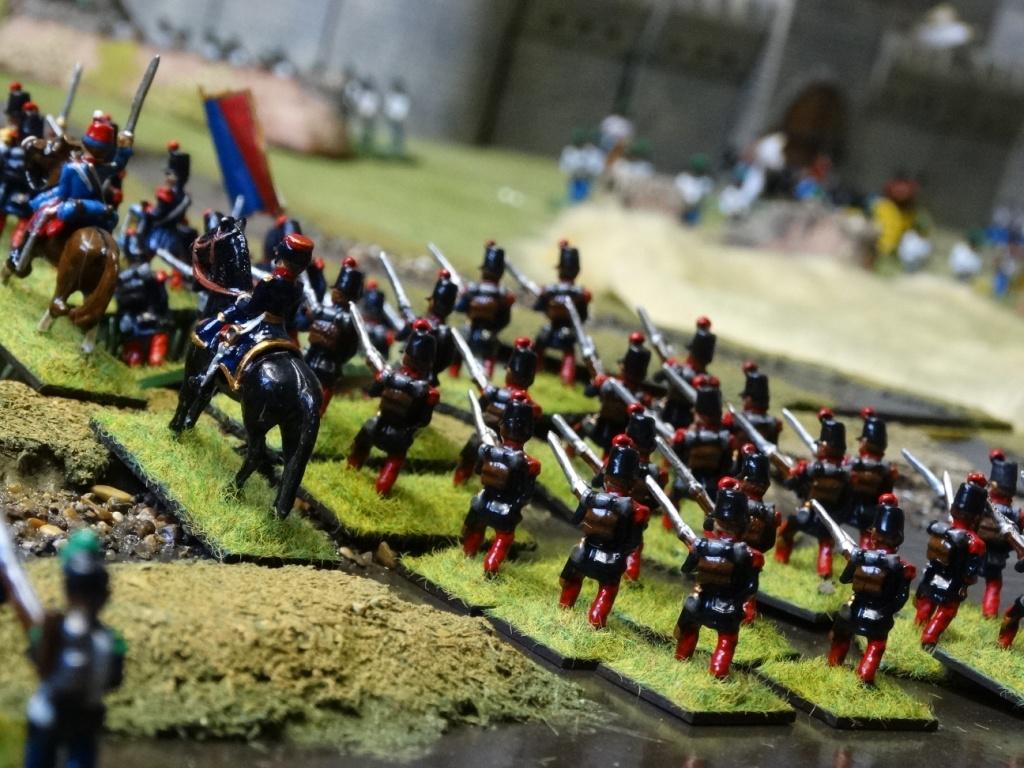 The Chasseurs came in effective range of my artillery 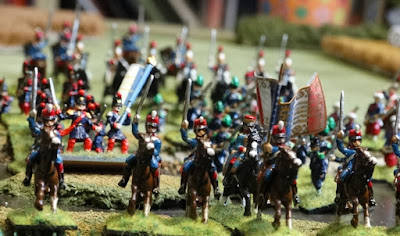 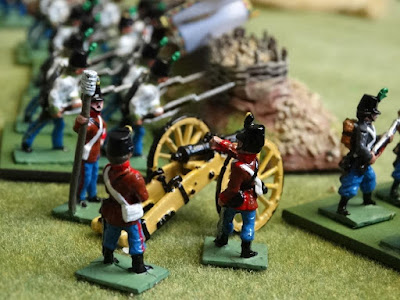 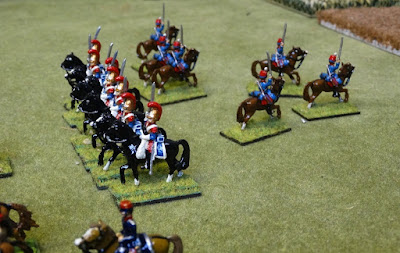 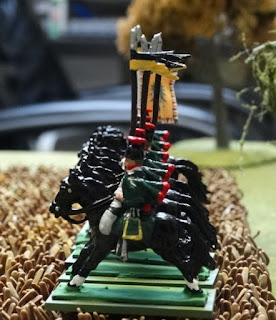 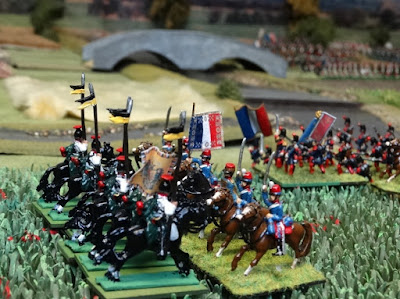 The Chasseurs broke and the supporting heavy cavalry were forced to retire as a result of a poor test result. 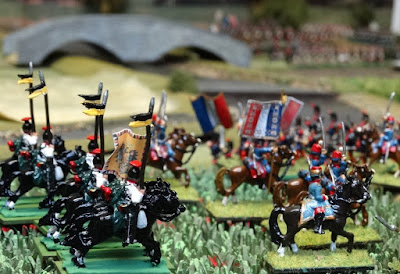 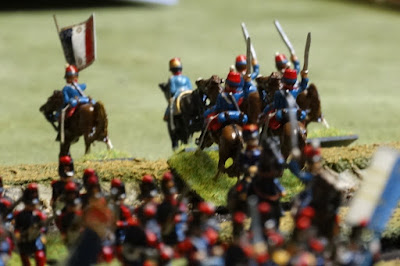 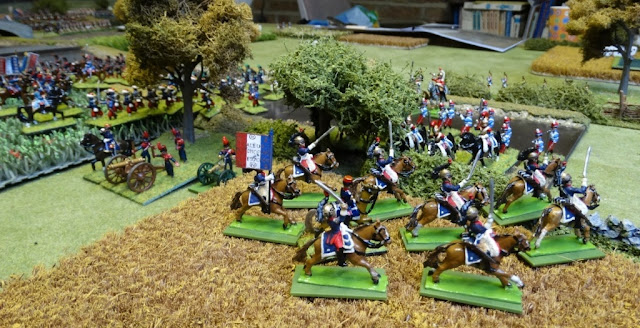 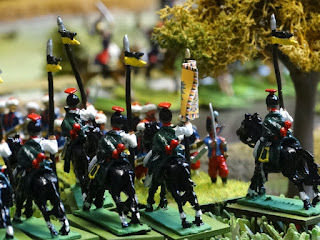 On the right the Guard continued their stuttering advance and the artillery on both sides continued to fire with little effect.

The Uhlans were forced to retire hotly pursued by the advancing French – would this really happen? 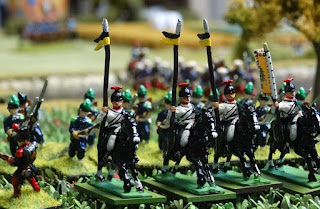 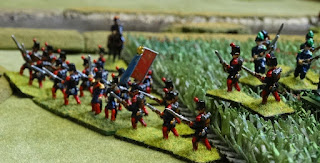 The Austrian Allied forces were now crowding into the town doors were flung open all the Hesse Kessel infantry decided to stay behind the walls!  Only the Hesse Kessel cavalry and the Sachsen-Meiningen infantry venturing out into the fray on my right flank. 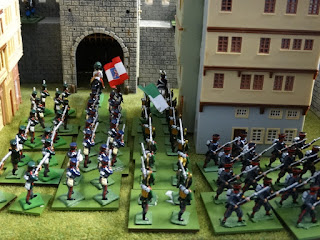 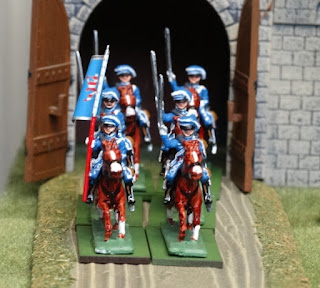 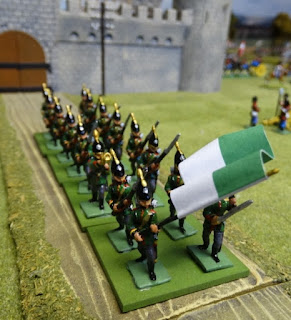 Everything seem to be happening on the left flank, Bob decided to limber his artillery and bring it forward only to find that my Dragoons charging into them and catching them.  The gunners were slaughtered.  The officer commanding the French artillery was one of my conversions to a mounted officer with binoculars.  That didn’t help him spot the enemy cavalry! 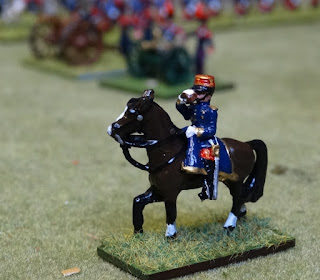 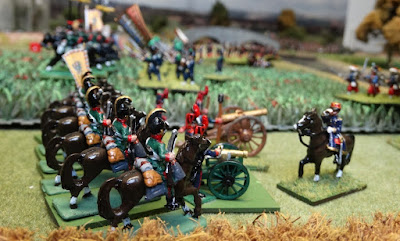 At this point we decided to call a halt to ‘Day One’.

More pictures and actual action on other fronts on ‘Day Two’