Unfortunately, my cancer means that I am unlikely to have the time, or frankly the desire to complete various large scale projects that I had started/thought about, but I thought you might like to see some of the ideas.  I am adding units to my existing armies instead which seems a more sensible use of my time as I will hopefully once we are released from house arrest mean I can use them.

Sardinians
The first of these projects was the Italian Wars of Unification.  I already had the Austrians and French so to some extent it was a matter of producing some of the Italian states.  The Sardinian Lancer I made for John Cunningham’s Crimean War range gave me some cavalry and the Bersaglieri a start with the infantry.   I had also made an Italian General to lead my army.   I then created this ‘master’ for the Sardinian infantry based on a picture from Uniformology.  The French 1840’s Infantryman which John already sells also works for Italian infantry of various states and the French Guard from the CW range can also be used for Italian forces. 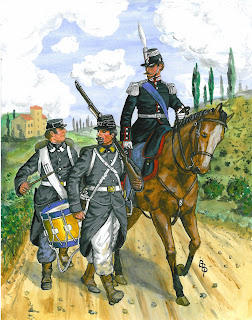 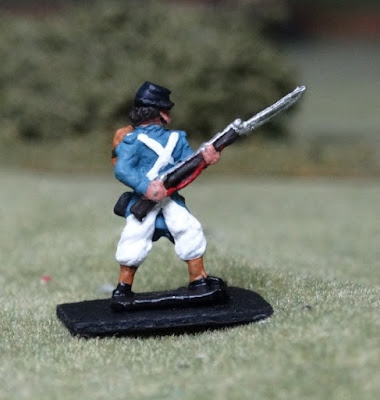 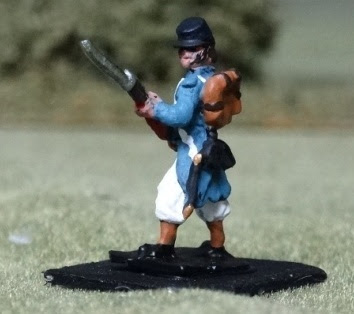 Papal States
I have a 25mm ‘S Range/mid range minifigs’ Zouave figure which makes an excellent Papal Zouave with the backpack swapped, or it can be left as it is. 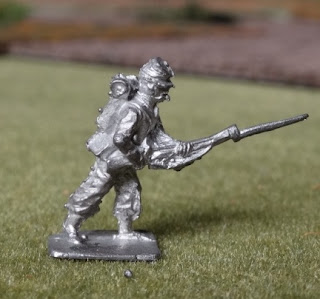 The actual uniform can be confusing both in the shade of grey and the jacket piping.  I addition to the 2 pictures below I have also seen them painted all grey! 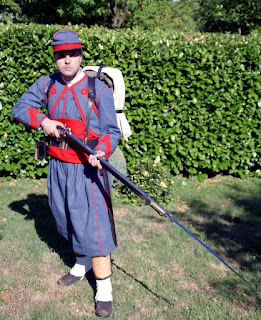 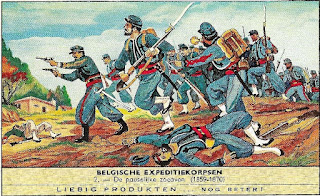 I opted for a straight grey with red piping.  I decided to cut away 'civil war' backpack the figure comes with file the back flat and superglue what I call the Jacklex backpack on the figure which more closely resembles the backpack in the pictures above. 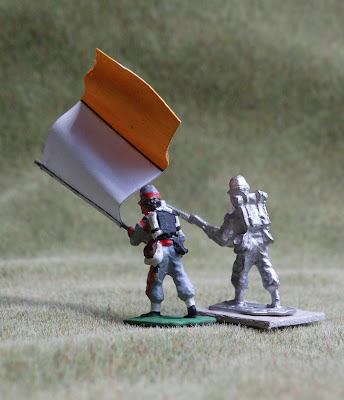 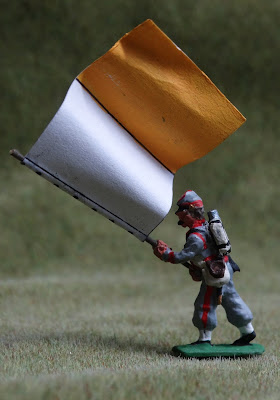 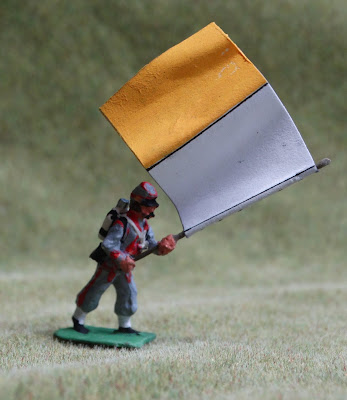 You can now get this backpack from jacklexminiatures.com.  The Papal Zouves were disbanded and many went to fight in the Franco Prussian War on the side of the French were they formed the Volontaires de l'Quest.

The picture below show then with the fuller French backpacks.  To get this figure in the past I had do a head swap of a kepi head onto Zouave figure. 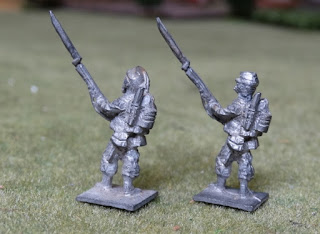 In fact I have since discovered that jacklexminiatures.com have a separate backpack for the Foreign legion which does the job and is much simpler, again just remove the Civil War back pack and glue on the Foreign Legion one.  I think this is a nicer figure than my original conversion. 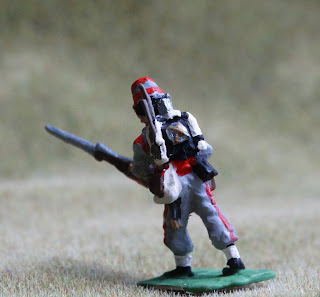 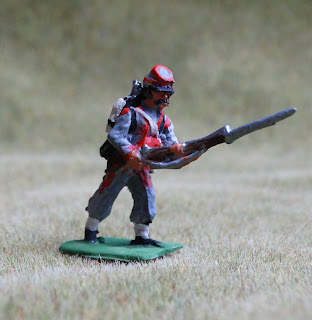 This figure has proved to be very versatile from being a ACW Zouave to an 1870 FPW figure. 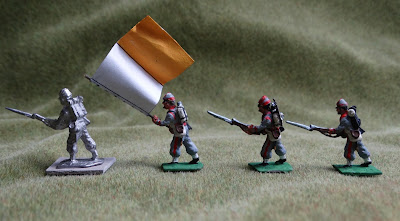 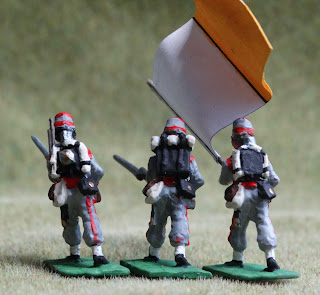 I have a mould for the original ACW figure and many casting which are no longer of any use!  I intend to offer them to John  Cunningham, and assuming he wants them you may be able to order from him.

Schleswig-Holstein War
Having already got a Prussian Army I thought that I could build a Danish force for the first and/or second Schleswig-Holstein Wars.  A search on Google left me totally confused as to what uniforms were for which war.  I started with this picture.

This is listed as Danish troops returning after the First Schleswig Holstein War.  They looked very ACW but with a different backpack. 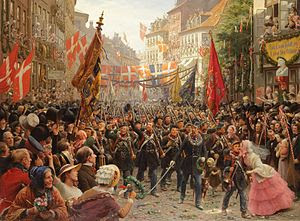 So I converted a Union ACW figure to make both an infantryman and a Grenadier and changed the backpack for a Jacklex one. 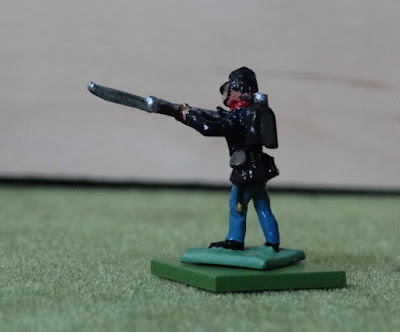 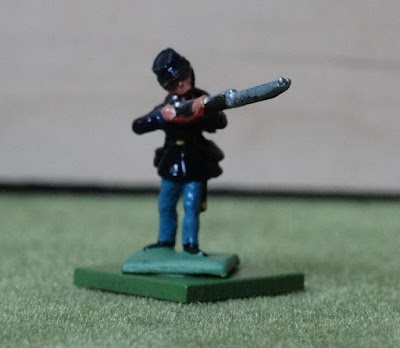 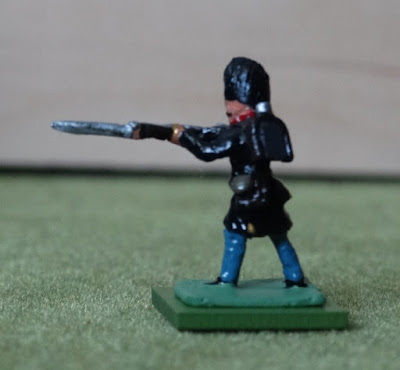 I then came across picture of infantrymen in red jackets and bell top shako and lost the plot about what I should be trying to make and shelved the idea. The Friekorps troops I was going to use I turned into civilians and were the subject of another blog. 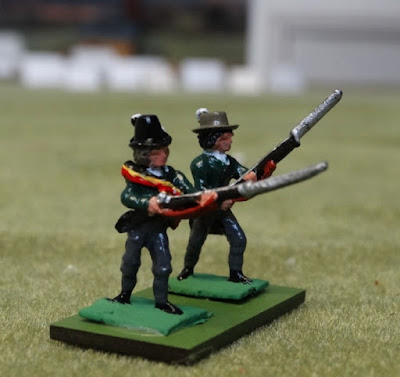 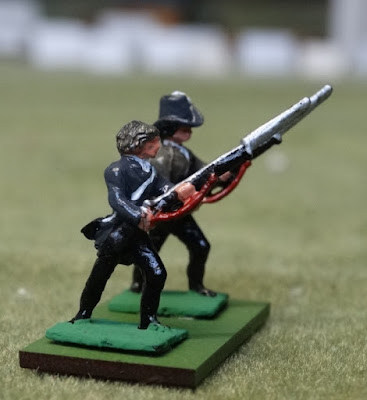