28mm ACW a little bit of everything

Bob has said that he haven't had our ACW figures out for some time and he is right.

As I have mentioned, the old cancer has made a come back and whilst the consultant tells me my response to chemo last time was remarkable (7 months without the need for further treatment) who knows what will happen this time.  So just in case, I have various bits and pieces that I have made or Jack has made which have never been on the table so I decided to go the whole hog and put all those elements out.  So we have buildings: cattle; a ship; gunboats; a train; defences; potentially rebellious forces; cavalry; infantry; ships guns; naval crews and marines all in one place.  Heaven knows how the rules - or we will cope - but it may make for some pretty pictures if nothing else!

So this is the scenario.

In essence the Confederates are repairing their river raider (scratch built by Jack) and restocking it.  Supplies are being brought in by train (Sarrissa).  The Union aim is to capture it.  The Boilers are not working properly and require two turns of (not consecutive) D6 to light and get them moving.  It moves at 3 inches first turn.  The train must also be saved using the same formula as it has no steam.

If the union forces cannot be defeated, as many Confederate troops should be evacuated or give their all to get the ship away! 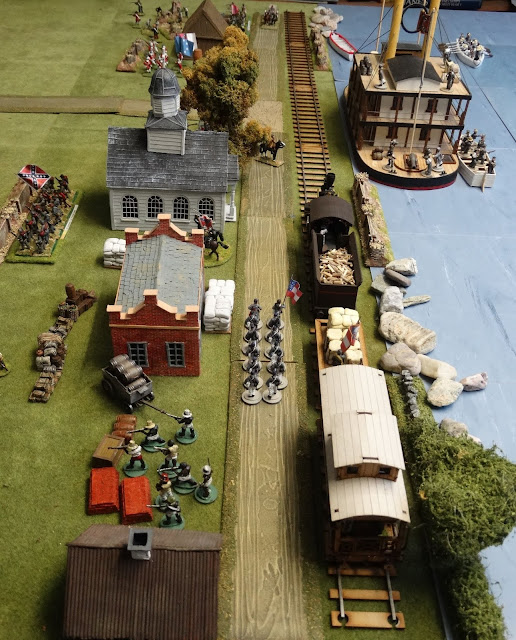 The confederates have a small patrol boat armed with a small gun. Move at 3 inches

The Confederates have regular and militia troops 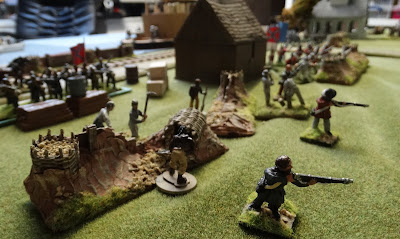 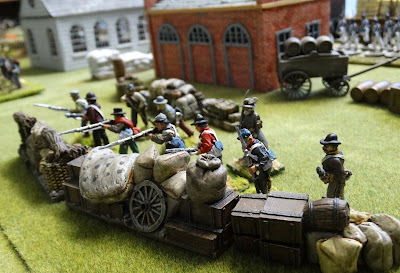 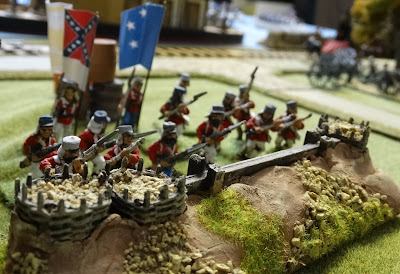 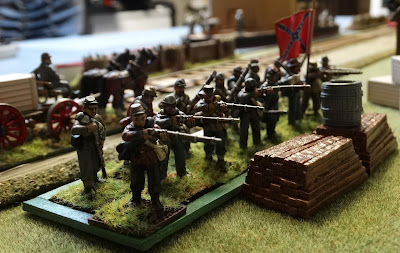 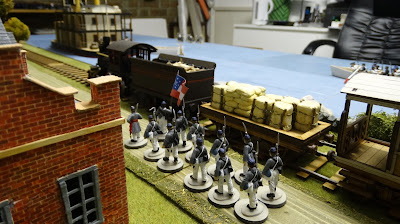 The Confederate raider has 2 guns and a ship’s crew who are on board. 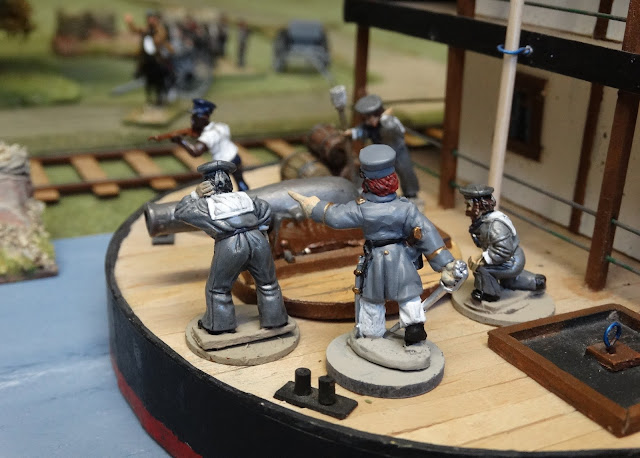 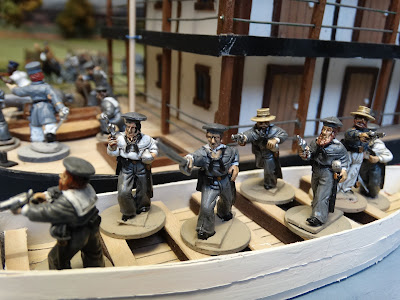 A party of militia pickets look after the grazing cattle 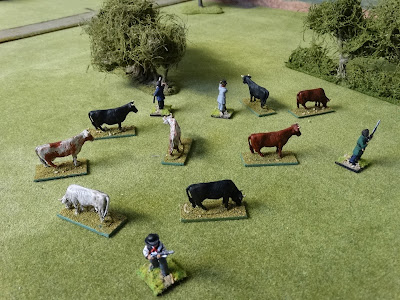 There are a group of armed slaves working for the Confederates, but is their loyalty okay?  They are untested and on a roll of D6 will attack the defenders. There are some troops on the train – but how many? 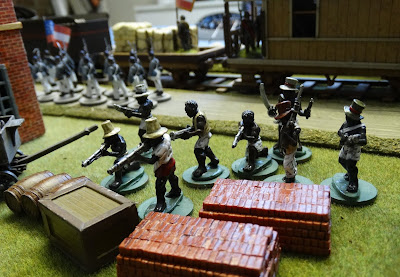 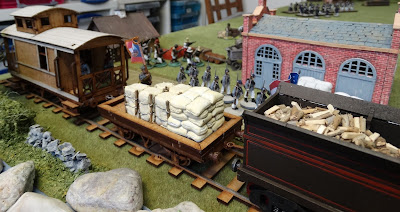 The Union force has as well as land based troops have a ‘Boat Squadron’ of marines and sailors who’s aim is to try to capture the Raider in tact by a surprise river attack.  Can they coordinate with the land forces? 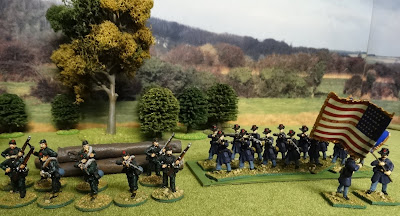 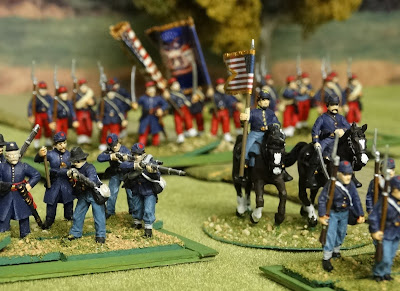 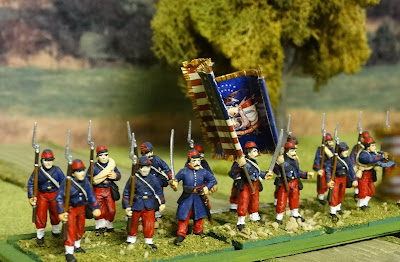 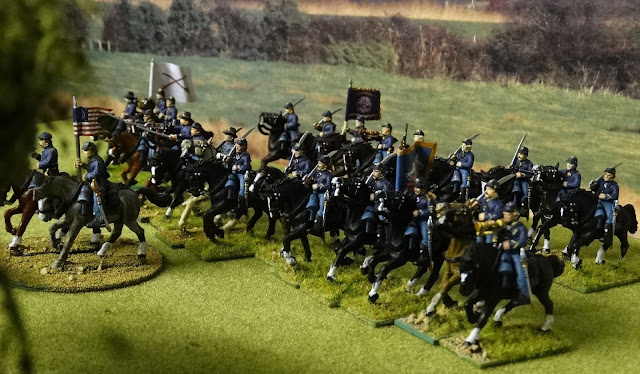 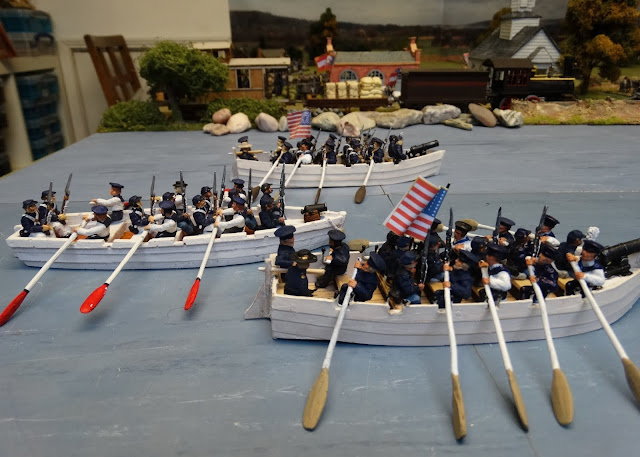 This is the 'naval forces available - a unit of marines, armed sailors and gun teams. 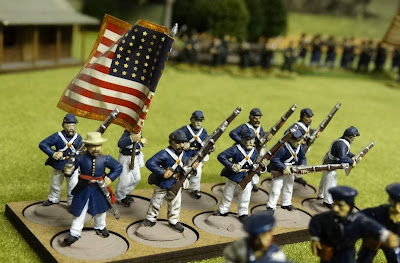 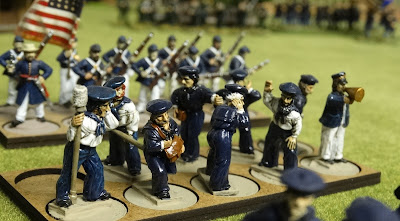 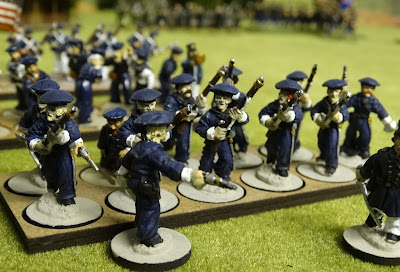 Next is finding the time when I am up to playing the game!
Posted by ABC Wargammers at 11:30