No games because of the holidays and clashes with other things so instead I have been painting new units for my Crimean War army and reorganising others.  I have also been busy with converting figures and slowly getting the 72nd Regiment together.  These are some of the command.

This has to be my favourite conversion to date it is a straight head swap, and a bit of rubbing down with wet and dry sandpaper to remove the extra shaping on the cap of the FPW figure to get a sort of 'Glengarry'. 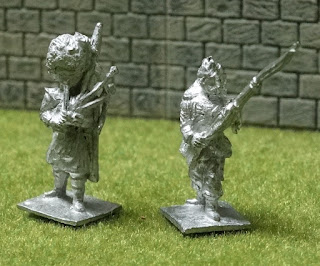 Highland Piper and a FPW Grenadier of the Guard head swap. 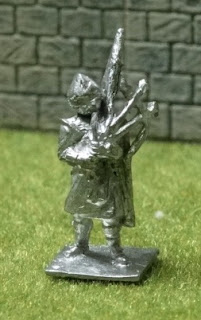 Produces a 72nd Regiment of Foot Piper who paints up rather smartly. I think I should have tried for a 'groove' down the centre of the cap. 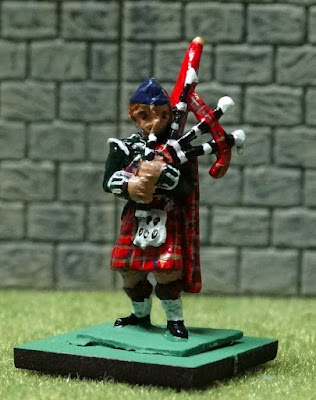 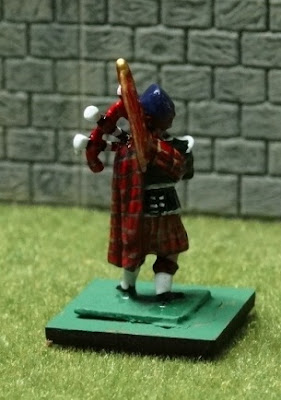 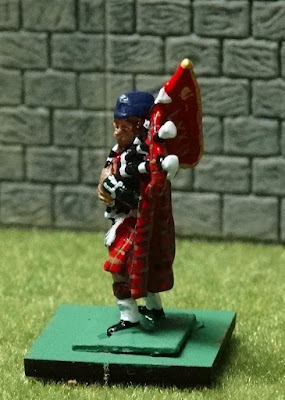 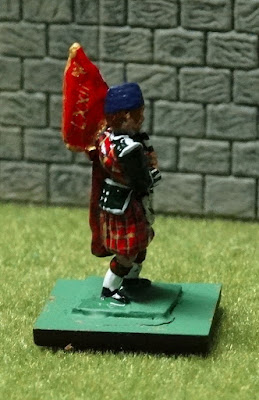 The pictures I have seen of the 72nd foot Buglers show them in a white tunic. I wasn't sure if this was a 'dress/undress uniform' or not so, I have painted him in a red tunic. It was a simple conversion using the British light infantry bugler and a straight head swap from the Highlander advancing pose. 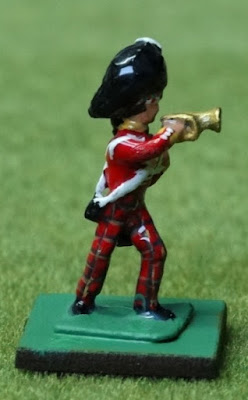 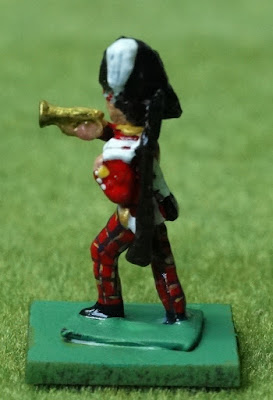 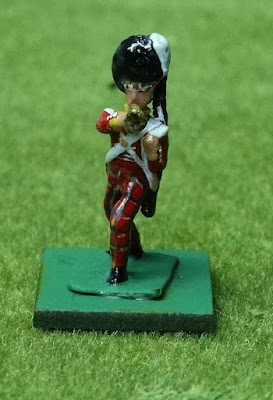 The drummer again is a simple head swap.  Although I was asked by John Cunningham to make this conversion and had in fact already made one, I can't find any reference to the drummer wearing 'trews' rather they seem to imply that they wore a kilt. 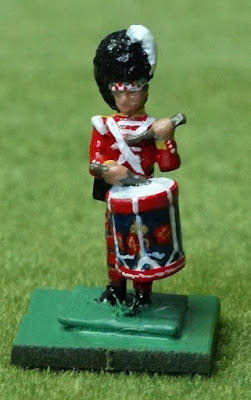 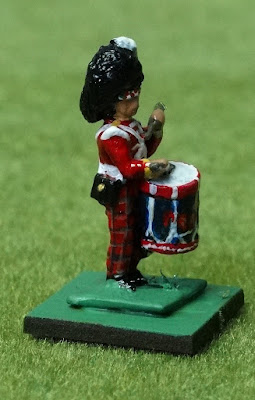 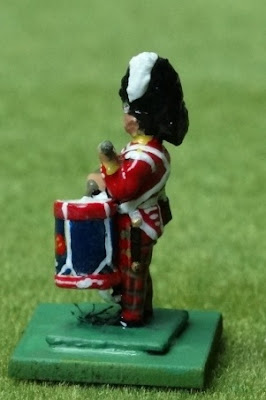 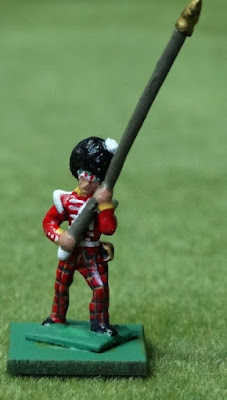 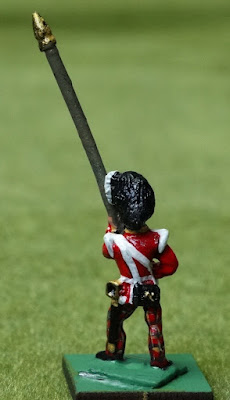 Not sure I have got the plaid right but this was my second attempt and things weren't getting any better! 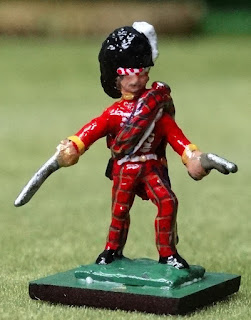 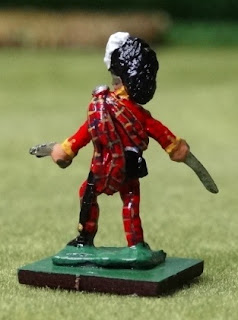