54mm white coated Russians and Turks set to battle it out.

A while back I posted some pictures of my 15mm Napoleonic Ottomans on TMP.  I was sent a link to pictures of some 54mm Ottomans and very handsome they were too.  I hinted that I might dig out my 54mm white coated Russians and and blue coated Turks for a wargame and this provoked some interest.  So I have done just that.  After dusting them down, and I do mean literally dusting down every single figure and guns, I have set up this game for Bob and I to play later this month when I get back from holiday.

The Russians come from the Russo Japanese War range from the Anglo Russian Toy Soldier  Company (ARTS), I have also got one unit of their Japanese.  I don't know if these are available any more.  I bought them as sets and individual figures in the late 1990s, early 2000 when I was getting into 54mm. I loved the style of the figures.

The Turks and Russian cavalry, some of the officers and guns were passed on to me by my old friend Stuart Asquith  I am not sure of the makes. 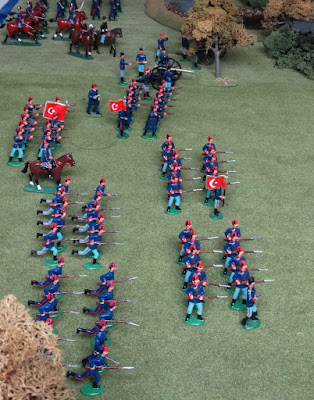 Turkish Line and Light Infantry 80 figures in 8 regiments of 10, 16 cavalry and 2 guns plus command. 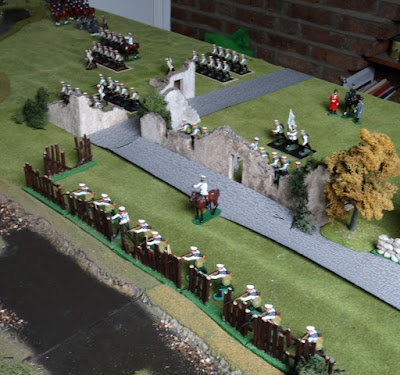 Russians defending the village and river.  5 regiments of 10 figures, 2 guns and 12 cavalry and command.

Close ups of the Turkish forces 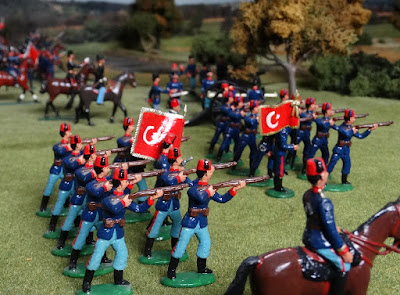 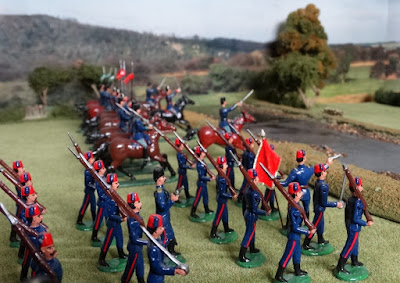 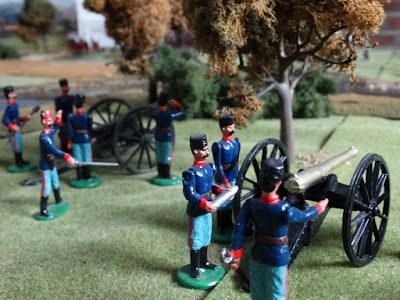 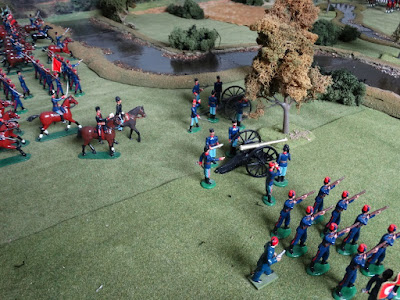 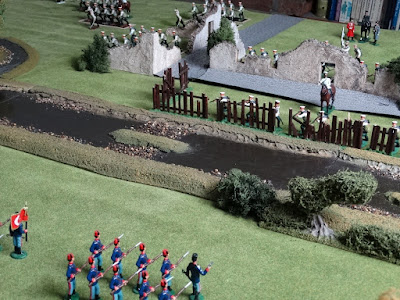 A view from the Turkish side 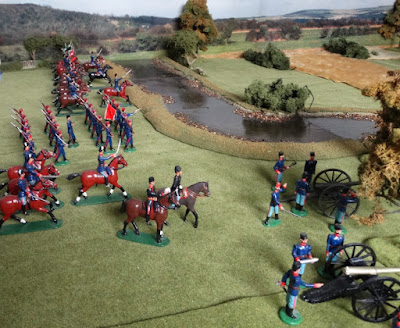 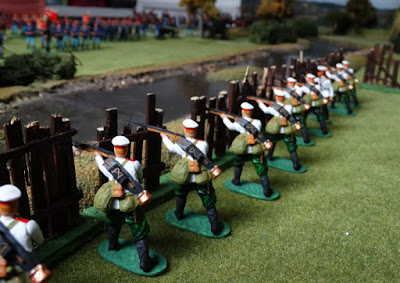 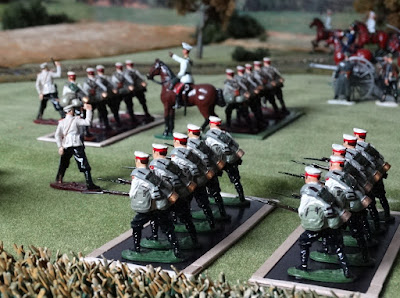 Some of the  ARTS figures are a little unstable, so to avoid the domino effect, I have made some movement trays out of coffee stirrers and cardboard, need to spray these green.  With the addition of steel paper and old fridge magnets, they can still fall over, but it is less rare. 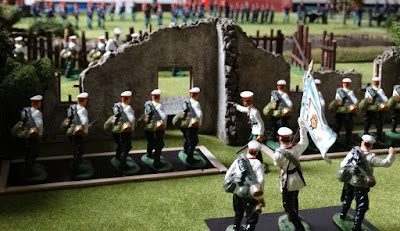 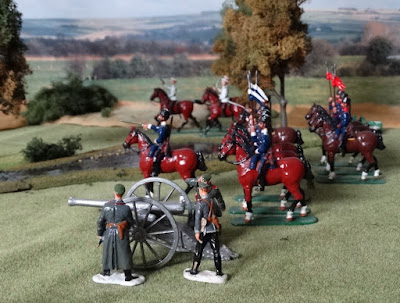 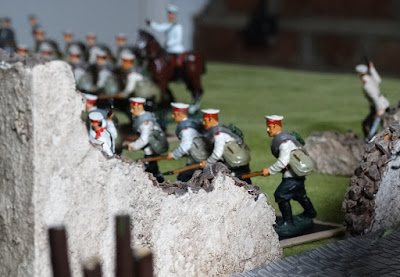 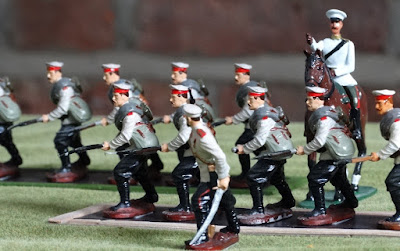 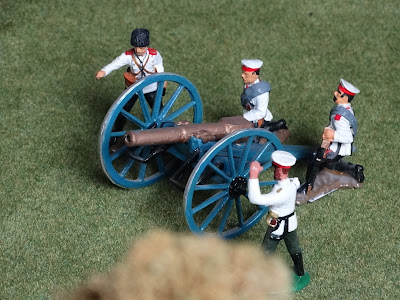 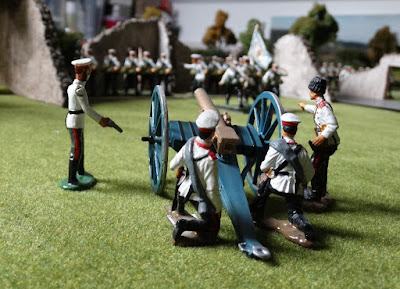 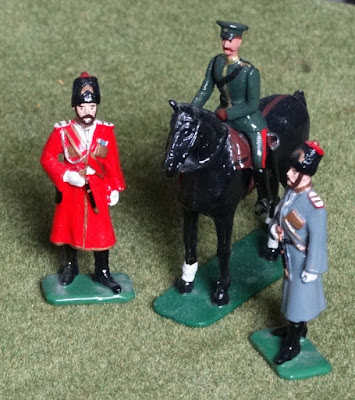 Russian command, I had 2 identical figures and repainted one of them, but it is so long ago, I can't remember which.

Some of the dispositions may change, I think the guns may be a bit  too close, but a battle report will follow later in the month.
Posted by ABC Wargammers at 17:21