Not being in the right mind set to start a new project as such I have been tinkering around. I read about the British Ambulance service in the Franco Prussian War.  This was a volunteer service funded by public and private donations.

In 1991 To commemorate the Service the British Red Cross launched a ‘limited edition’ model by Lledo of a Horse Drawn Ambulance as used in the Franco Prussian War.  I picked one up on Ebay for a couple of pounds.  Whilst it is said to be carefully recreated from material held in the British Red Cross archives, the model owes much to the Lledo models used for other commemorative and publicity models.  I decided to use this as the basis for a model of a Franco Prussian War ambulance just to pass the time and keep my hand in at doing some S range conversions. 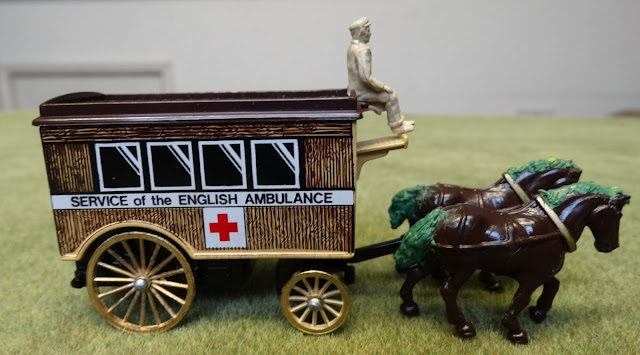 I used the material I had to hand.  Foam board and cardboard and it tuned into a bit of a dog’s dinner.  I struggled with the wheels amongst other things and decided to abandon the idea. 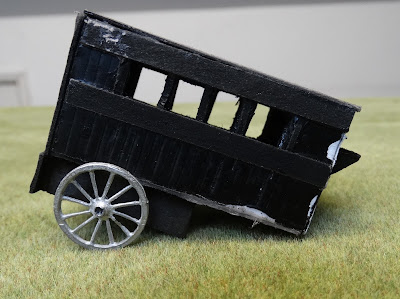 One of the reasons for making my own version of the ambulance is because the rear wheels on the LLedo model are all wrong based on all the line drawings of the time.  But having made a hash of my own model, 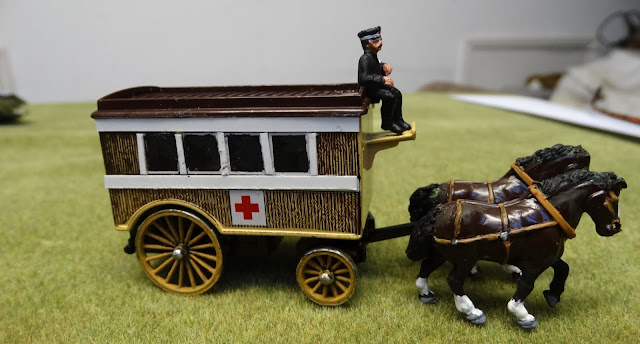 I went back to the Lledo model which was very ‘flat’ in terms of detail and decided to add strips of cardboard to give if a bit of depth.

I also decided to get rid of the ‘universal driver’ which Lledo use on all there models substituting it for an S range conversion I made.  I was going to use a Prussian figure but then remade it with a British ‘cap’ more in line with the description I was able to find on line.  The horses had the usual LLedo ‘bobbed tails’ and poorly defined manes so I used a bit of ‘green stuff’ to make the tails and manes a bit more distinctive. 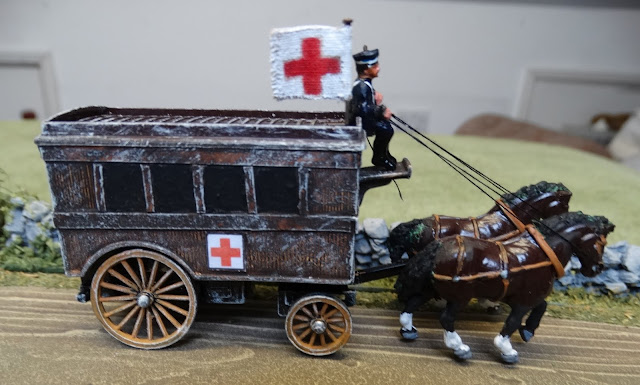 I couldn’t find anything about the colour of these vehicles.  I didn’t like the ‘creamy yellow of the LLedo model and so opted for a more ‘wooden look’.

Lastly I drilled through and added some ‘cotton reins’.  Why I don’t know, but threading the cotton through the drill holes was an absolute pig.  These I ran back to the ‘driver’s’ hand and added a whip in his other hand for good measure. 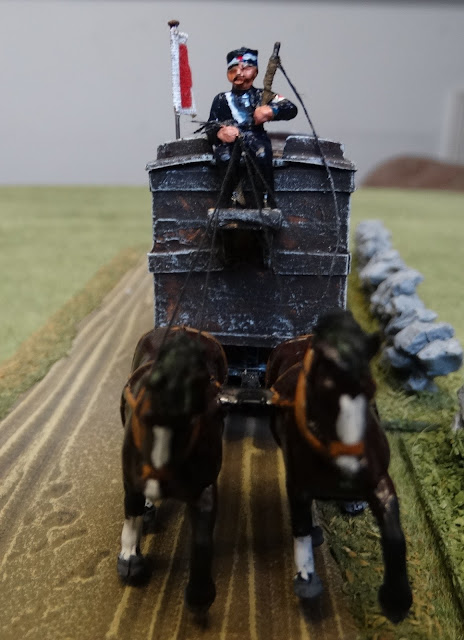 I then made up a couple of foot figures again I am not sure why.  The ‘officer’ is a Prussian gunner officer with a British head’.  The uniform is supposed to be based on the British artillery undress uniform.  The ‘Nun’ is made from the S range CR10 Nap Camp follower with bottle & bag.  I just filed down the hair to give a flat surface for what looks a bit like a ‘wimple’. 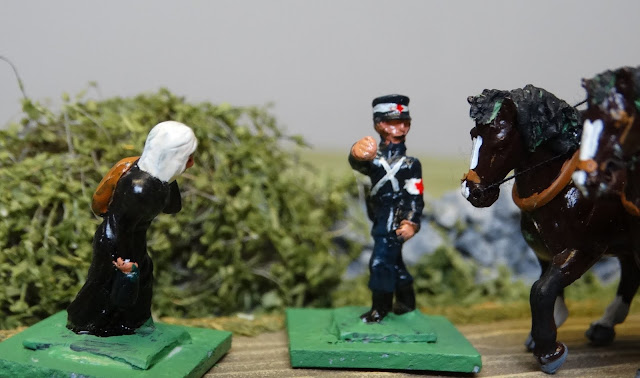 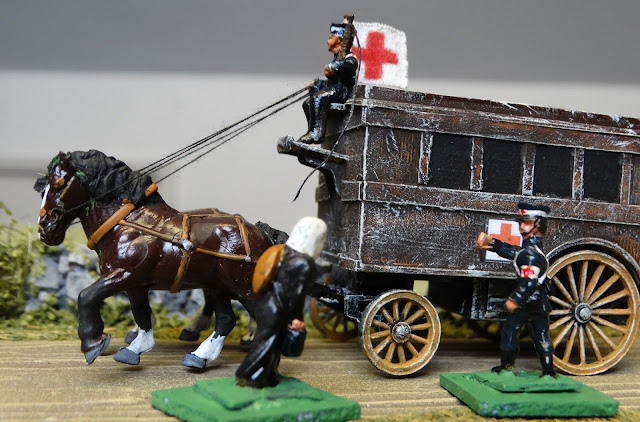 I decide not to put the ‘Service of the English Ambulance’ logo on the side so it was a bit ‘more open’ to who and where it was used but I made up wording in the right size to retro fit if needs be.

Anyway it is just a bit more nonsense and passed the time. May even go back and try to rescue my early attempt!