Following our BP game using my 15mm Russians I wondered who else they could take on.  Looking through the various 15mm manufacturers listings, I came across Irregular Miniatures 15mm Persians. Not only could I ally these to my Ottomans to take on the Russians but also fight against them.  The Persians are listed under the Indian Mutiny tag.

These are really nice little figures and paint up well in my opinion. 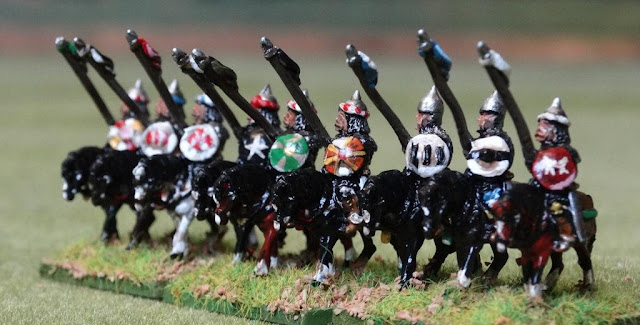 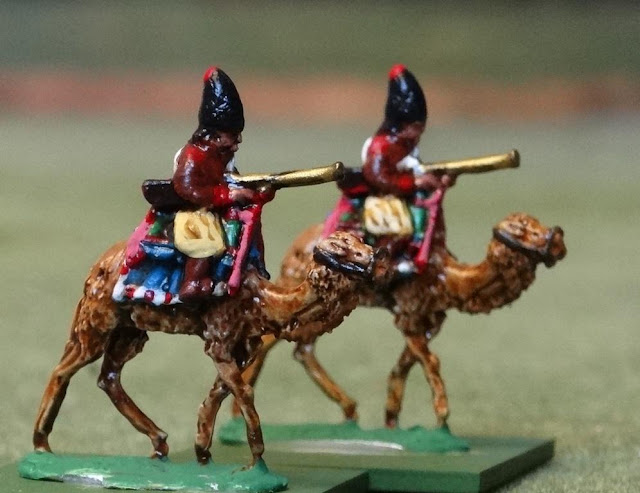 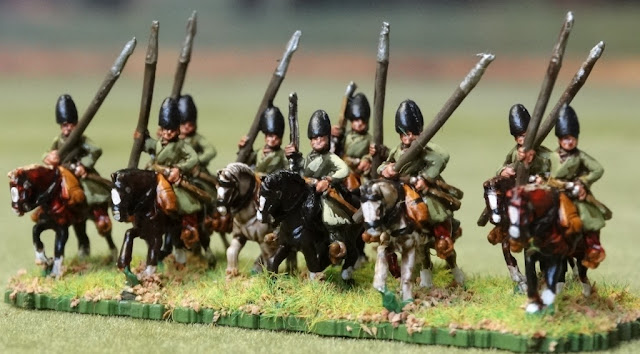 Commanders for the Persians is a bit of an issue as the best are the various Ottoman Officers from the Colonial and Renaissance ranges. 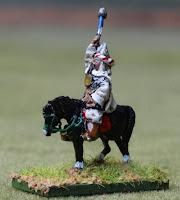 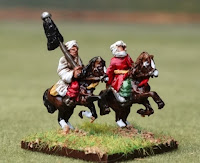 I thought I would have a go at making some Officers in the more European uniforms.  The Regular Line Lancer (FIP11) works well as a conversion for a mounted Infantry Officer and for my European style Commander.  The lance is cut down and the carbine removed.  I them squashed the remaining bit of lance with a pair of pliers to make a flat sword - should have left more of the lance, but they will do.  For the General I cut away the lance completely and bent the arm into the body to hold the reins. 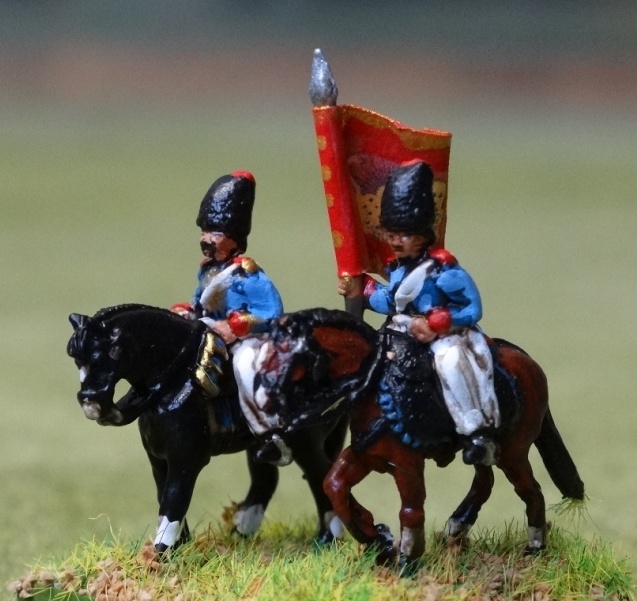 Whilst I was at it, I made a couple of outriders for a limber team.  The outriders are again the  Irregular Miniature Persian regular line lancers (FIP11 above).  Cut away the carbine, reduced the lance and added a bit of green stuff to make the fancy gunners bonnets. The Limber and harness team are from Warrior and were left over from an earlier project.

Like their Ottoman counterparts there should be lots of irregular cavalry.  For these I turned to Lancashire Games partly because I had a few already, but also because they had a sale on!  They can also fight with the Ottomans or in the case of the Tartars with the Russians! 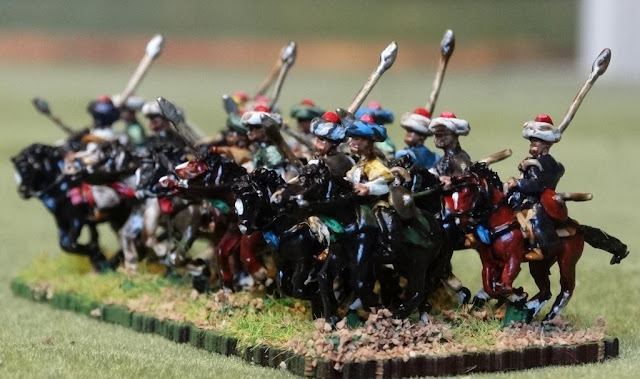