Or 'Guarding the Harvest'

Got bored painting some figures and had an old Airfix wagon which I kept moving from one flat surface to another so I did this. 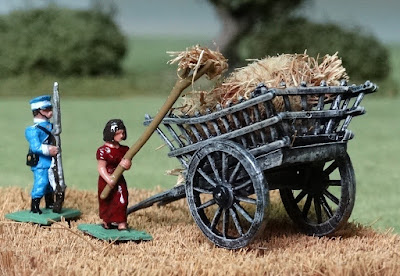 This is the S Range Revolutionary War Citizeness with a Pitchfork with her 'cap' cut away. The women with the sack over her shoulder is also looks like an S range figure (?) available for John Cunningham. 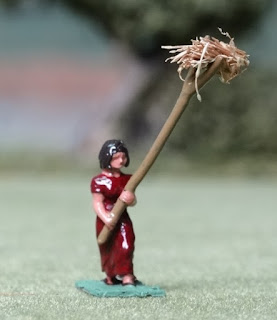 A FPW gunner holding a ball with a head swap. Although why I did a head swap and just didn't paint him as a Prussian or Bavarian I don't know - too clever for my own good.   I cut into the hands to open them to hold a rifle.  The weapon itself was removed from the Revolutionary War Citizeness with Musket figure. 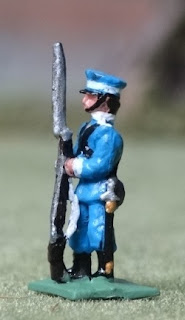 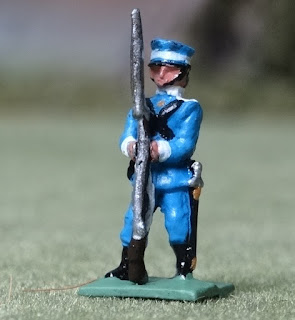 The 'hay' in the wagon is a bit of door mat cut down and painted to take up most of the space and then bits of  doormat fibres cut off and PVA glued in place.  The same with the straw in the Citizeness's pitchfork.  This was a 10 minute conversion.  Got another Wagon somewhere.

Just a bit of nonsense, but maybe light cavalry trying to steal the supplies?????
Posted by ABC Wargammers at 11:55