My latest conversion, is a little bit eccentric. I came across reference to the Turkish Electric Telegraph Detachment (http://www.ottoman-uniforms.com/1855-till-1858-anglo-turkish-contingent/). which was part of the Anglo Turkish Contingent in the Crimea.  There was only one unit.

The Anglo Turkish Contingent were a 'mercenary' corps with British Officers and Turkish recruits.  Amongst the force was a telegraph detachment which was equipped by the British.

The uniform interested me because it was so different and worthy of a simple conversion. 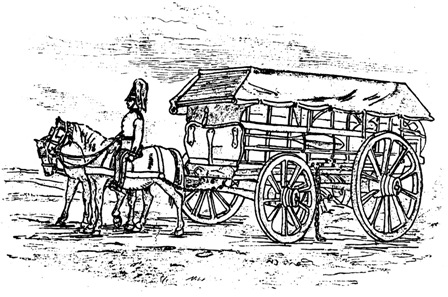 In the article http://distantwriting.co.uk/telegraphwar.html the rider above is referred to as a Heavy Cavalryman but is in fact a member of the telegraphic unit in the helmet with plume. 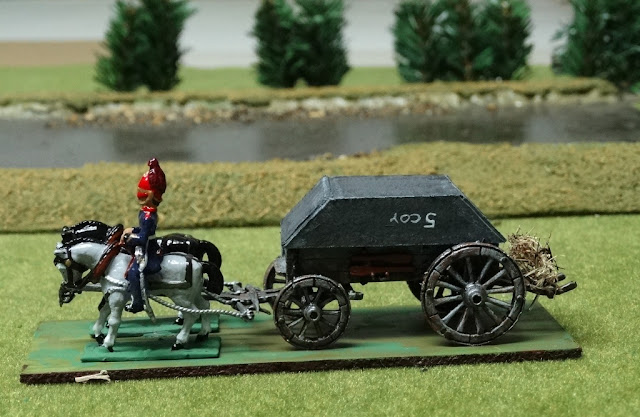 I did my usual head swap, I thought about the British Heavy Cavalry helmet, but decided upon the Russian Guard helmet instead as it was taller.  I added some green stuff to make the plume.  The horses are the S recast range Artillery Horses from John Cunningham.  The wagon is from Hinchcliffe.  The drawing above has a 'rubber boat' on top of the wagon so I made one out of cardboard - not quite right. The plume and helmet should probably be the same colour but I gave them a bit of contrast with different shades of red.

The Turkish rider is the Turkish Officer with a head swap as described above.  To fit him on the horse, just use a pair of 'snips/metal cutters' to cut away the horse blanket right up to the legs and smooth off with a file.  You may or may not need to 'spread the legs' with the aid of a pair of pliers!

The odds that the rest of the unit wore the helmet on duty are probably remote but I thought I would make some anyway.  I had some spare Turkish Artillerymen holding a cannon ball so I used them as the basic conversions.  The individual head swaps give a bit of variation in pose. 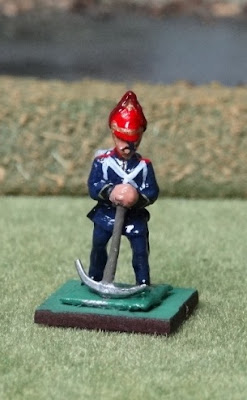 The pick axe is from Irregular Miniatures and I just drilled a hole in the underside of the hands and slipped it in.

This was a bit more fun.  Again same figure, I drilled a hole through the hands on the figure on the left and threaded some cotton from the cable reel through it.  The other figure has a snip cut in the front of the hand and a cocktail stick glued in place (first drill a hole through the top of the stick to take the cotton).  I then painted the cotton with copper paint.  Most cables were laid underground but I thought my would be 'bridging a stream' so I would have a low pole to carry the cable over the water. 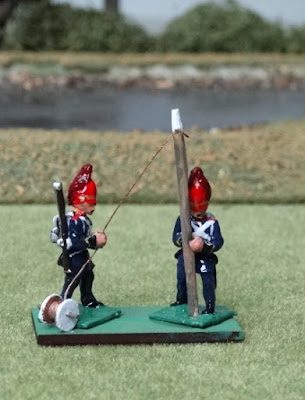 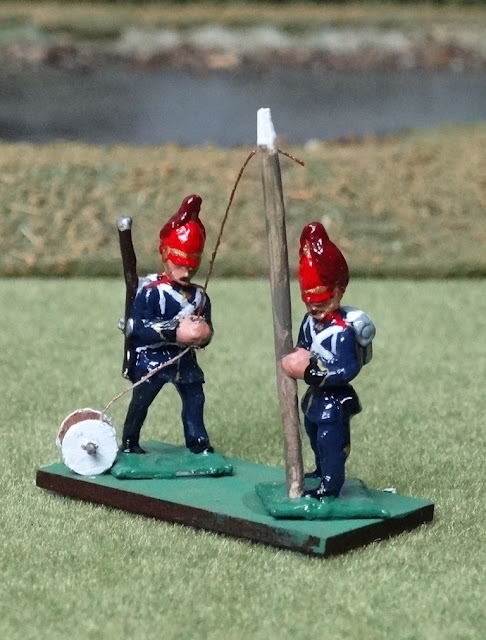 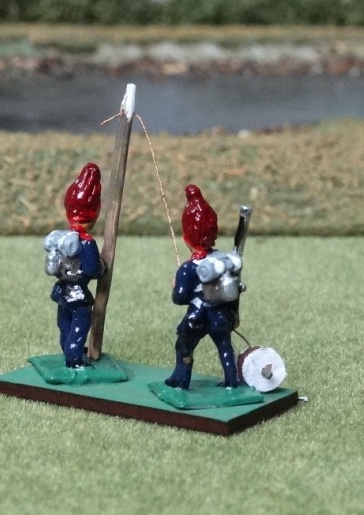 I had a few bits and pieces so I made  another piece. 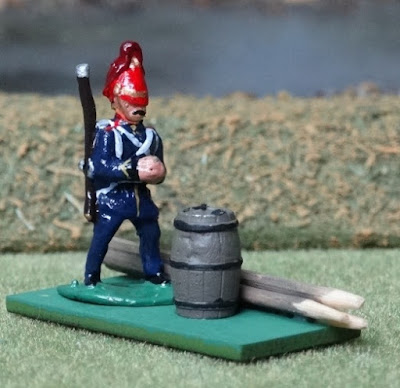 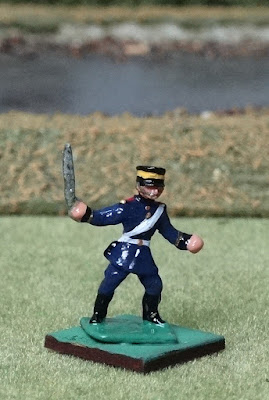 I used the Turkish Officer body with a Saxon Officer's head to make the dismounted officer. On reflection I could probably just have painted the Saxon Officer but the pistol holster would need to be removed. 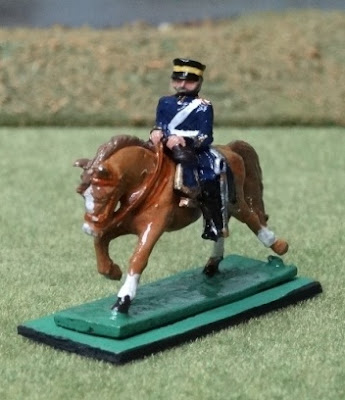 The mounted officer is a paint job on a conversion I made for John Cunningham in the past.

The cardboard boats lifts off and here are the crew in action!

To add a bit of fun I have converted a Russian Light Dragoon into an draught horse rider and given him a 'whip' instead of a sword so if we want to we can play a scenario where the Russian try to steal it away! 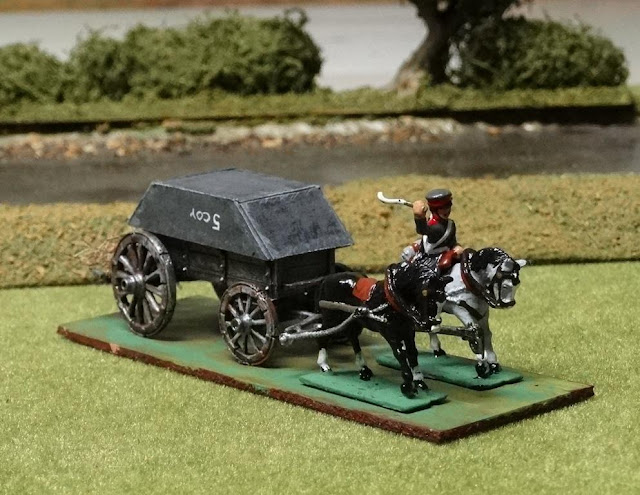